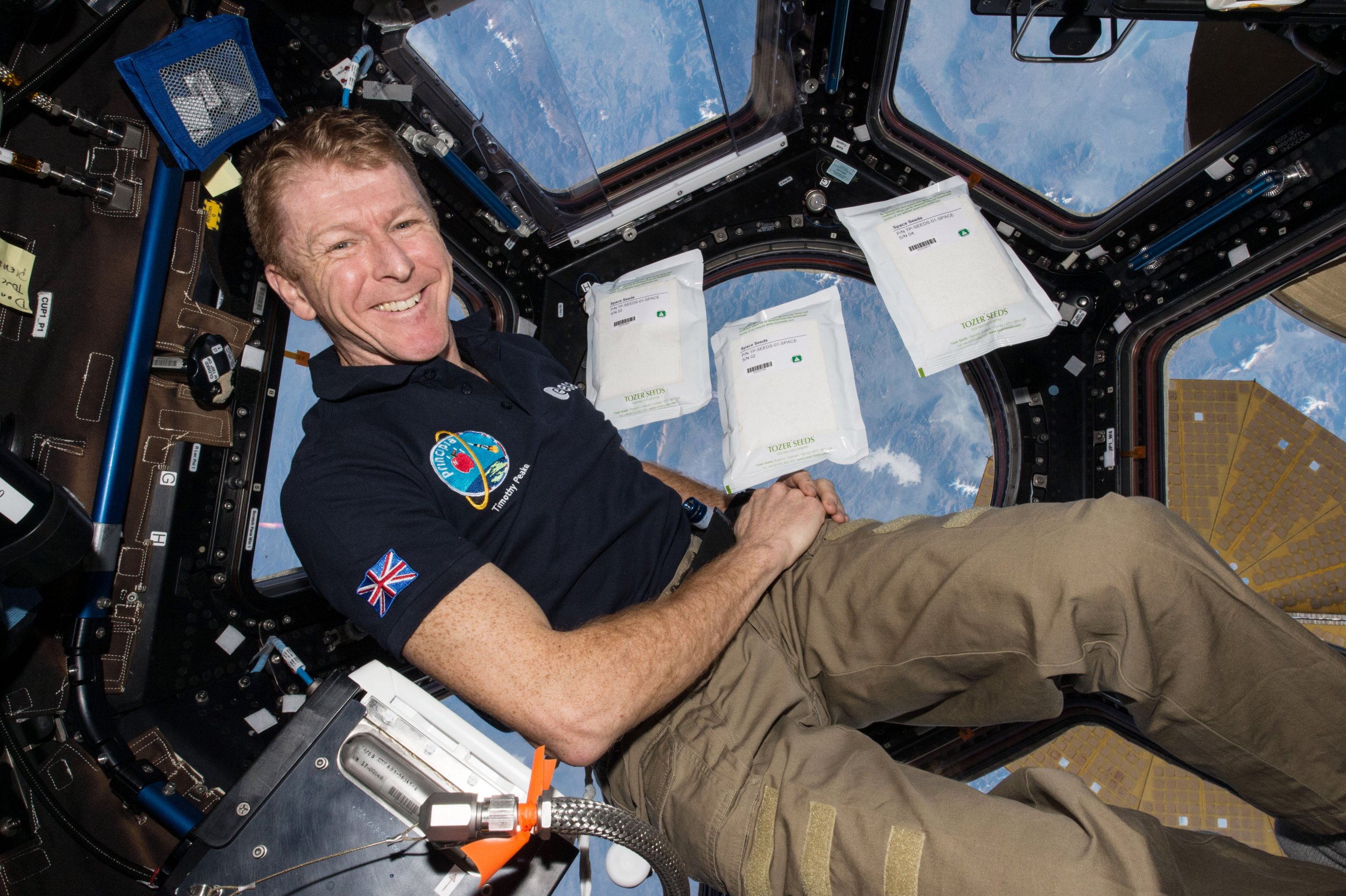 Alongside being an astronaut, pilot and father, he’s also an author.

This week Tim is launching his first ever children’s book, Swarm Rising. Co-written with acclaimed author Steve Cole, it tells the story of schoolboy Danny Munday, who is kidnapped by a girl called Adi.

Adi, it turns out, stands for Alien Digital Intelligence, and she’s part of the Swarm, a high-tech alien hive mind seeking to protect Earth from an environmental catastrophe brought on by humans.

The book touches on a number of themes, including space and science fiction but also the climate and the increasing digital footprint created by technology.

Brought about over discussions with his two sons (one of whom is an avid reader) during camping trips in Europe, Tim says ideas for the book have been kicking about in his head for years. Particularly, the thought of travelling through space in digital form – whether that’s us or the aliens.

‘So I kind of came up with this idea on what the Swarm is and Steve brilliantly just weaved it together in an action adventure story. Between the two of us we just bounced ideas around over Zoom calls all through lockdown. It was brilliant fun.’

Peake, like all of us, was grounded by the pandemic but his experience as a pilot (he logging over 3,000 operational hours worldwide) and his time aboard the space station has given him a pretty good sense of perspective on challenges we face.

‘I look at my children and I think that yes, they’re growing up in today’s world and it’s fast-paced, it’s difficult and there’s lots of challenges we face,’ he says.

One such challenge is, of course, the climate.

‘My overarching message is one of co-operation and collaboration because no one nation can solve this by themselves,’ Tim tells Metro.co.uk when asked about the climate crisis.

‘We all really need to work together to solve this and I’m a huge fan of science and technology and some of the things I’ve seen are really encouraging me to think we can find solutions to these problems.

‘I was at the atomic energy authority not so long ago looking at the nuclear fusion reactors that we’re going to be building by 2040 and you just think “wow, this is phenomenal”. With any green technology, whether it’s wind, solar or wave or even using space, we need to be embracing the scientific community, we need to be working together and we need to be really careful about unintended consequences.’

Part of the drive to protect the climate and preserve it for future generations comes, not just from Tim’s love of the outdoors, but his experience seeing our planet from orbit.

Experiencing a view that very few people ever get to see, Peake says he can appreciate the fragility of Earth.

‘Looking down on Earth, you really do feel like you’re a spectator, like you’re completely isolated. You see it in a unique way. It’s a beautiful planet to look at but against this vast, black backdrop of space it does look incredibly fragile.

‘You realise that while here on Earth we may look up and think it’s a lovely blue sky, up there it’s not lovely and blue. It’s scary and black and it goes on for infinity.

‘We are incredibly fragile as a planet and as a species and that’s the change in perspective you get when you see it from space.’

And, given the chance, would Britain’s first official astronaut head back to the cosmos?

‘I’ve not yet met an astronaut who hasn’t said they would like to go back into space. Any mission is a good mission!

‘Having spent six months on the ISS I would love to go back, it’s a wonderful place to live and work.

‘But what’s really exciting about the next five years is that we’re starting to launch the Artemis missions which will return astronauts to the moon. So to be part of those missions would, I think, be the icing on the cake. I’ve got my hand up for that one.’

In the meantime, Peake – who comes across as affable, pragmatic and optimistic – seems to be looking forward to the future.

‘I’ve always tried to focus on the journey and not worry too much about the destination. That’s a message I try and tell young people as well.

‘It’s great to have a long-term goal and to work towards that but also leave yourself open to opportunities. Stay flexible, because those opportunities spring up and you never know where they may lead.’