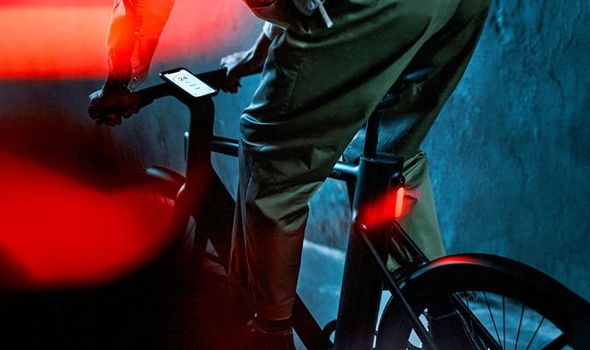 Cowboy has confirmed plans to make its debut in the United States after years of success across Europe. The Belgian electric bike brand, which recently debuted two new models as part of its fourth-generation redesign, has been around since 2018.

The Cowboy 4 has a detachable battery that can be recharged away from the bike – so you can top-up the battery under your desk, while the bike is locked up inside a garage at work. This battery includes a rear-facing LED, while a similar front-firing bulb is built into the front of the frame – both are powered by the lithium-ion cell, so you’ll never have to worry about buying watch batteries to keep the lights on when riding at night. The designers at Cowboy have also worked hard to hide away all of the untidy wires and electronics. As you’d expect for an electric bike in this price range, it comes fitted with hydraulic disc brakes and custom-designed puncture-resistant tires.

Cowboy 4 is the first model from the firm to introduce a built-in smartphone mount in the middle of the handlebars, which is capable of wirelessly charging your smartphone while you ride. So, you’ll always have a full battery when you arrive at your destination. It’s also the first design from the Belgian manufacturer to arrive in both step-over and step-through variants, to appeal to riders of different heights.

Unlike some electric bike brands, Cowboy is fully embracing the possibilities afforded by the built-in battery. It has launched a companion app on Android and iPhone that enables a number of techie features, including the ability to unlock the bike when you’re in close proximity and send a text message alert to emergency contacts when the bike registers that it has crashed. You can also track a number of fitness metrics on your ride, like an exercise bike.

Both Cowboy 4 and Cowboy 4 ST (Step Through) cost £2,290 (€2,490) which includes built-in mudguards. But in the United States, Cowboy plans to make a splash with a new promotional price for its new models, which will start from just $1,990. For comparison, that’s around £1,400 when converted back to Sterling.

Not only that, but the US models of the Cowboy 4 and Cowboy 4 ST will have a higher top speed, with the motor cutting out after you hit 20 mph (32 km/h). In the UK and mainland Europe, the law prevents electric bikes from giving you a push beyond 15.5mph (24.9km/h). So, the US variants will be a little faster on the road, although they’ll be powered by the same size battery pack and hardware under the bonnet, so don’t expect to travel longer distances on the American Cowboy.