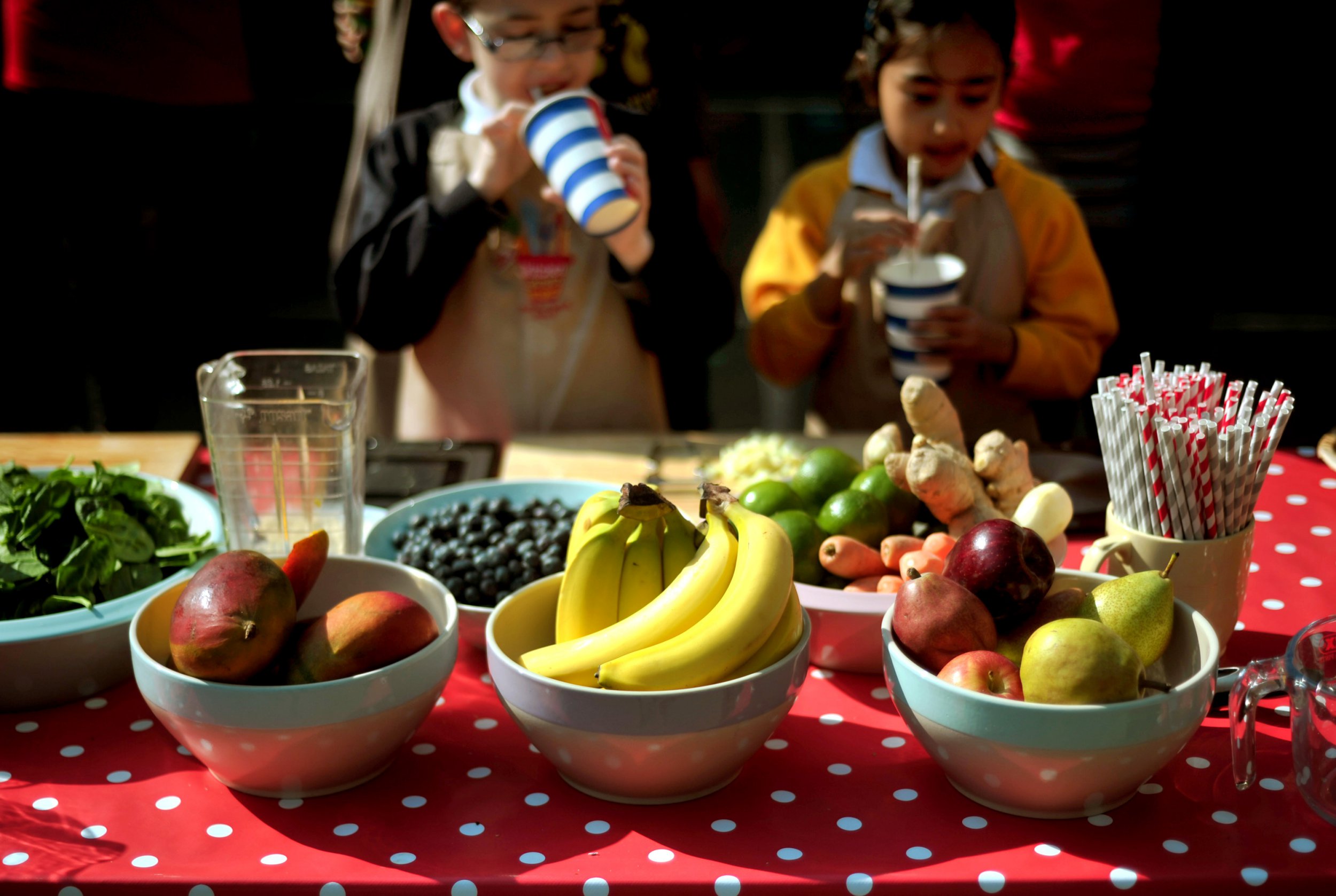 Eating fruit and vegetables is linked with being good for children’s mental health, new research has suggested.

Children who consumed five or more portions of fruit and veg a day had the highest scores for mental wellbeing, the study found.

It was also linked with better wellbeing among secondary school pupils in particular.

The new study was the first to investigate the association between how much fruit and vegetables UK schoolchildren eat, breakfast and lunch choices, and mental wellbeing.

Lead researcher Professor Ailsa Welch, from the University of East Anglia’s Norwich Medical School, said: ‘We know that poor mental wellbeing is a major issue for young people and is likely to have long-term negative consequences.

‘While the links between nutrition and physical health are well understood, until now, not much has been known about whether nutrition plays a part in children’s emotional wellbeing.

‘So, we set out to investigate the association between dietary choices and mental wellbeing among schoolchildren.’

The researchers say public health strategies and school policies should be developed to ensure that good quality nutrition is available to all children before and during school.

They analysed data from almost 9,000 children in 50 schools across Norfolk (7,570 secondary and 1,253 primary school children) taken from the Norfolk children and Young People’s Health and wellbeing Survey.

‘Just under one in ten children were not eating any fruits or vegetables.

The study looked at the association between nutritional factors and mental wellbeing, and took into account other factors that might have an impact – such as adverse childhood experiences and home situations.

He added: ‘Among secondary school children in particular, there was a really strong link between eating a nutritious diet, packed with fruit and vegetables, and having better mental wellbeing.

‘We also found that the types of breakfast and lunch eaten by both primary and secondary school pupils were also significantly associated with wellbeing.

‘Children who ate a traditional breakfast experienced better wellbeing than those who only had a snack or drink.

‘But secondary school children who drank energy drinks for breakfast had particularly low mental wellbeing scores, even lower than for those children consuming no breakfast at all.’

According to the data, in a class of 30 secondary school pupils, around 21 will have consumed a conventional-type breakfast, and at least four will have had nothing to eat or drink before starting classes in the morning.

At least three pupils will go into afternoon classes without any lunch.

‘This is of concern, and likely to affect not only academic performance at school but also physical growth and development.

‘Another interesting thing that we found was that nutrition had as much or more of an impact on wellbeing as factors such as witnessing regular arguing or violence at home,’ said Dr Hayhoe.

The research is published in BMJ Nutrition, Prevention & Health.