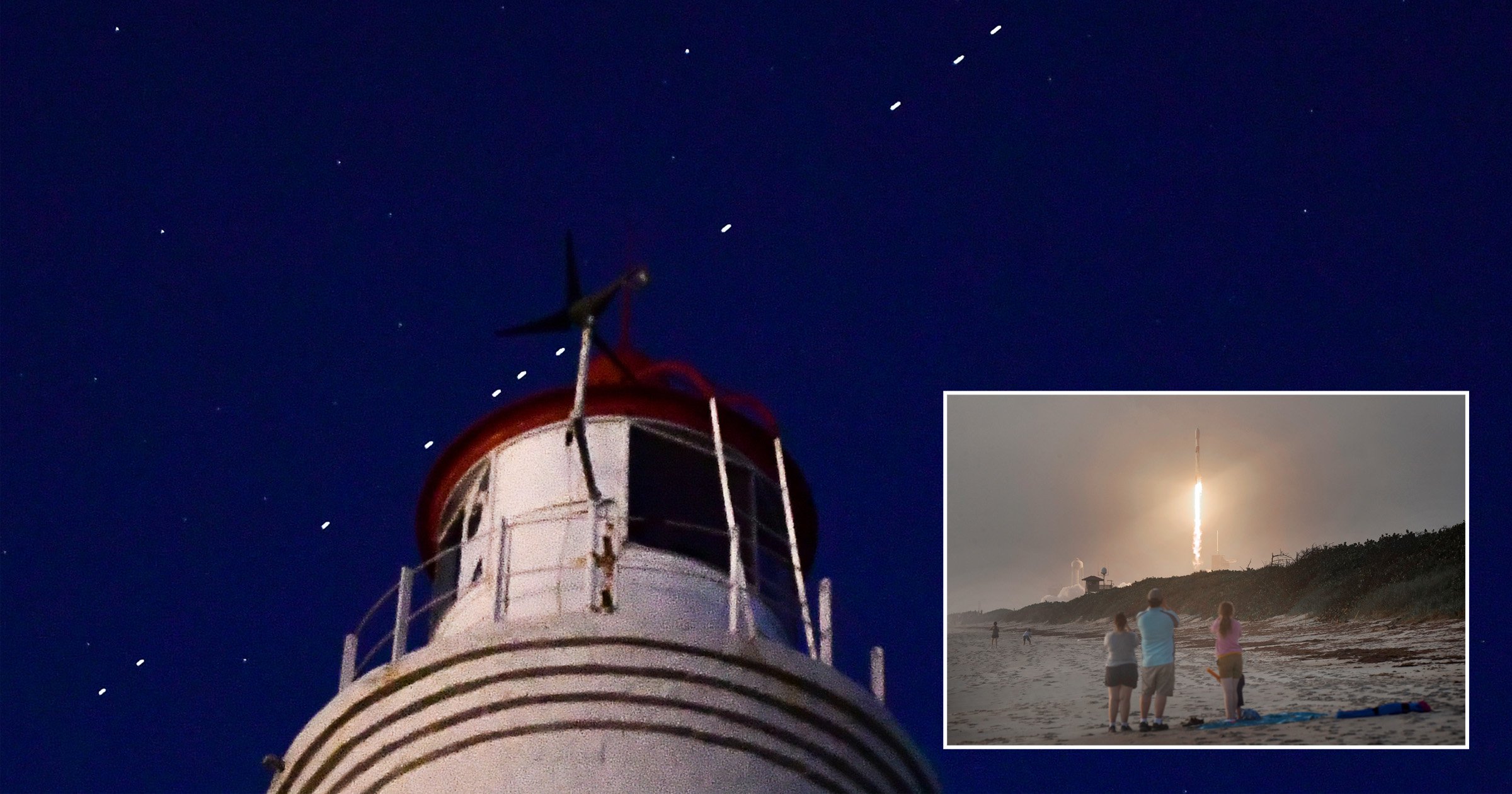 Britons were told to look out for a SpaceX-operated satellite burning up in the sky on Friday as it re-entered the Earth’s atmosphere.

The UK Space Agency confirmed the re-entry of Starlink-1855 earlier in the day and said it could be visible over the UK as it becomes engulfed in flames.

Satellites are designed to disintegrate completely as they burn up, meaning there is little to no risk of debris hitting the ground.

Officials forecast the re-entry for about 12:18pm, meaning it was likely to have burned up by the end of the afternoon.

However they were unable to confirm when or where the object caught ablaze due to monitoring limitations.

Jake Geer, the Head of Space Surveillance and Tracking at the UK Space Agency, said: ‘Today, a Starlink-1855 satellite re-entered the Earth’s atmosphere,” he announced.

‘There is a chance it will re-enter over the UK, and you might be able to spot the satellite as it burns up.

‘Starlink has a fantastic track record or orchestrating safe and reliable re-entries. We do not expect the return of the satellite to cause any damage.

‘Still, the UK Space Agency and the Ministry of Defence continually monitor and assess the re-entries of satellite and debris and any risk to British territories through our joined Space Surveillance and Tracking capabilities.’

In most cases of objects entering the atmosphere, nothing of it survives to reach the ground.

The agency tweeted: ‘A Starlink satellite re-entered the Earth’s atmosphere earlier today, with a low chance it may burn up over the UK very shortly.

‘We are monitoring its re-entry together with @DefenceHQ, and there is no expectation the re-entry will cause any damage.

‘Due to the varying input data, natural forces and associated observation error, there are always high levels of uncertainty when performing re-entry predictions on any satellite.’