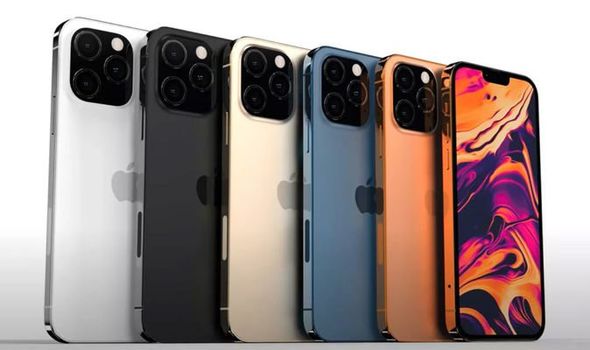 And fortunately, despite a number of major chip manufacturers increasing prices due to the ongoing global shortage – with some costs expected to rise by as much as 20 percent – it seems Apple won’t be passing those costs onto the customers.

Apple increased its prices compared with the United States following the exit from the European Union. While previously Apple matched the dollars and pounds price tag for its iPhones, this was changed with the arrival of the iPhone 11 series ($1,099 for the iPhone 11 Pro Max in the United States, but a pricier £1,149 in the UK). With the launch of the iPhone 12 series last year, prices were on par with the USA, with the iPhone 12 Pro starting from £999, and the larger Pro Max models costing £1,099 and above. It’s these prices that will be identical with the next refresh, sources say.

The update on iPhone 13 pricing was revealed via Weinbach’s PineLeaks Twitter account. In a thread about the Apple September event, @PineLeaks said: “We are not expecting a price hike across the iPhone lineup.

“The overall device weight and thickness will increase, compared to last years models. This will be especially noticeable on the Pro Max variant, as you’d expect.”

This will be welcome news to iPhone fans, as previous reports had claimed increased production costs for processors and other semiconductors could lead to higher prices for consumers. Weinbach also revealed other rumours about the iPhone 13, as well as the Apple Watch Series 7 and AirPods 3 which could also debut at next week’s Apple event.

The iPhone 13 line-up is expected to bring with it big battery improvements, with the pocket-sized iPhone 13 Mini offering up to an extra hour of battery life. Meanwhile, the iPhone 13 Pro Max could have a battery that is up to 20 percent bigger than its predecessor.

The Pro Max is also expected to have a number of features that can’t be found on any other iPhone 13 model, which may include 120Hz refresh rate for the first time. Weinbach also claimed that both the Apple Watch Series 7 and the AirPods 3 will be getting a battery boost.

The September Apple event is taking place on Tuesday September 14 at 6pm BST.