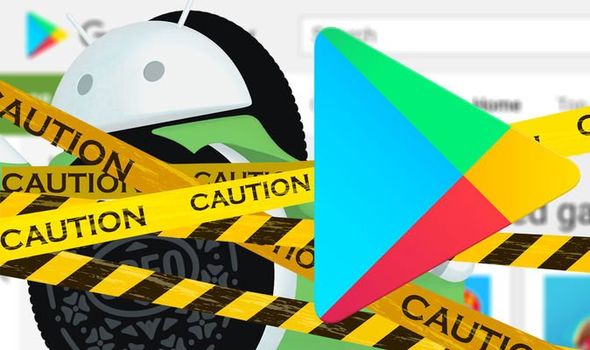 Android and iOS smartphone owners will soon lose access to a popular social media app. At the beginning of the coronavirus pandemic Houseparty experienced a surge in popularity, as people that were socially distancing around the world looked for ways to connect with friends and family. On the Google Play Store the Android version of Houseparty had been downloaded over 10million times, while the iOS version was reviewed over 600,000 times – getting an impressive 4.8 out of five rating.

Despite how widely used Houseparty was, it’s now getting shut down by owners Epic Games.

And it’s happening quickly as the app, which also has integration with Epic’s hit Fortnite game, won’t be available after October.

Ahead of this date, the Houseparty app listing on the Google Play Store and Apple App Store has been taken down with immediate effect.

If you already downloaded Houseparty prior to its delisting then you’ll still be able to use it until its shutdown next month.

Announcing the news in a blog post, the Houseparty team said the app had been used by tens of millions of people around the world.

They said the decision to shut the app wasn’t taken “lightly”, and the makers will be moving on to work on other “meaningful” ways to connect across the Epic Games “family”.

The Houseparty team said: “Tens of millions of people around the world have used Houseparty to connect with their friends and family since the app launched in 2016. Today, we’re sharing that we’ve made the decision to discontinue Houseparty in October.

“We do not take the decision to discontinue the app lightly. We created Houseparty to let people feel like they’re together even when physically apart, and we can’t thank you enough for turning to Houseparty for the important moments in your life. From birthday parties to proposals, marriages, family game nights and more, you did it all on Houseparty. And, in a year when we couldn’t be physically together, we’re even more honoured that you turned to Houseparty to laugh, play games, and create memories while apart.”

An exact date for the Houseparty shut down hasn’t been revealed yet.

But the Android and iOS app will deliver notifications to users about the upcoming closure.

According to stats from Apptopia, Houseparty peaked in popularity during the second quarter of 2020.

During that three month period Houseparty welcomed over 20million users.

However, in the third quarter of this year Apptopia stats claim the Houseparty user numbers fell to around two million.