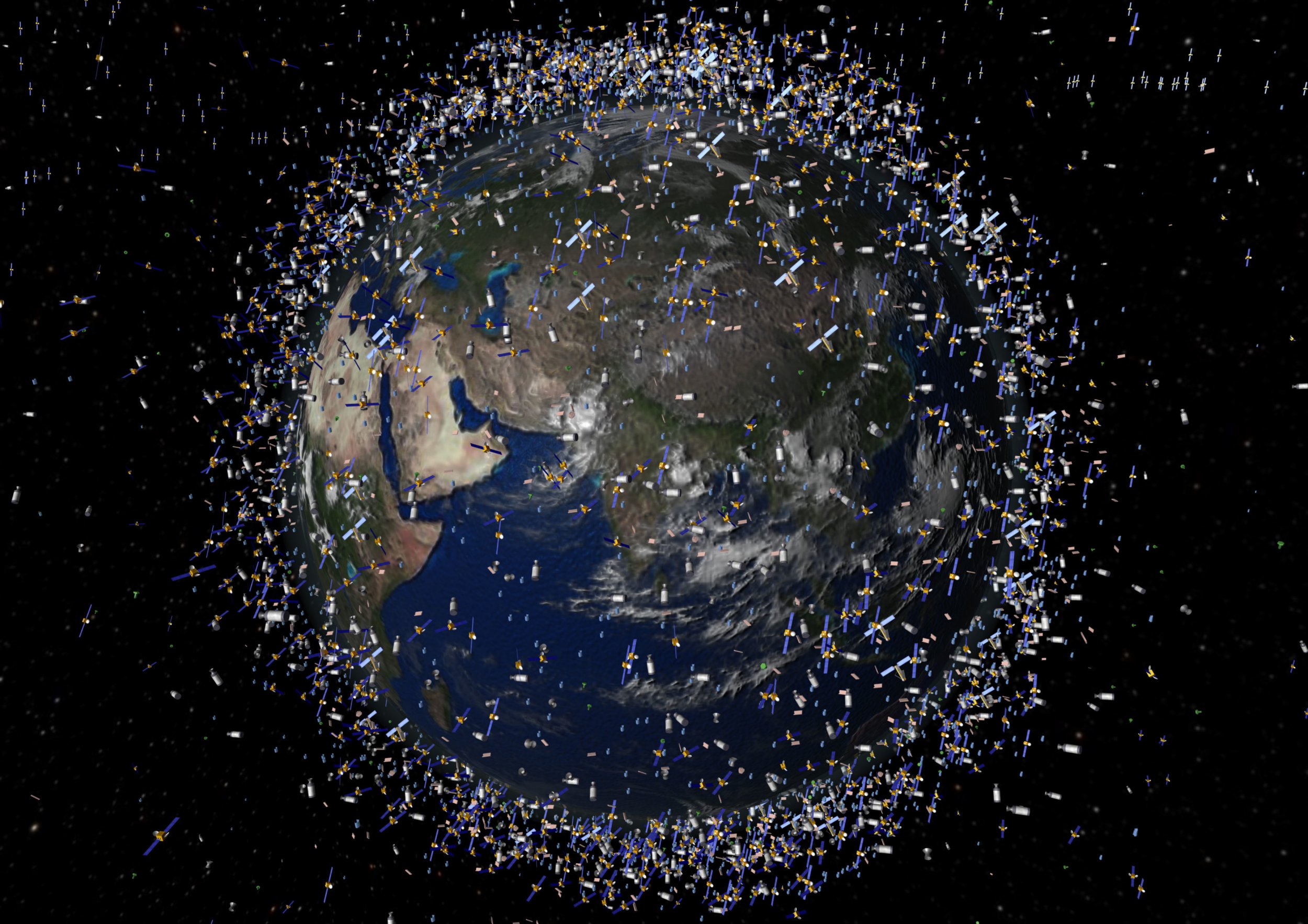 An ever-swelling amount of space debris is threatening satellites that hover around Earth.

The increasing amounts of so-called ‘space junk’ is having a knock-on effect: nobody wants to insure new satellites.

Thousands of new satellites are being launched into areas where orbital rubbish has been accumulating since early space missions nearly 65 years ago.

The surging collision risks have left the handful of insurers that offer satellite coverage pulling back or exiting the market, executives and analysts said.

‘This is a real issue for insurance,’ said Richard Parker, co-founder of Assure Space.

Over a year ago, the company stopped providing spacecraft insurance in the Low Earth Orbit (LEO) where most satellites operate. The few policies it has sold since then exclude collision damage.

‘It may start to get difficult to get that type of coverage in the near future as more insurers realize that this is a significant risk that we can’t even get our arms around,’ Parker told Reuters.

There are 8,055 satellites roaming Earth’s orbits, 42% of them inactive, according to Seradata, which tracks the statistics.

The number of active satellites has jumped 68% from a year ago and more than 200% from five years ago.

Much of the new activity has come from billionaire Elon Musk’s SpaceX, as it expands its Starlink broadband network.

SpaceX did not reply to requests for comment. As a privately held company, it does not disclose whether its satellites are insured.

Other major companies including Google, Apple and Amazon also rely on satellites to transmit data, as do telecom providers, government agencies and universities working on space research, insurance sources said.

Space coverage has been a lucrative niche for insurers, which took in $475 million in gross premiums to cover satellites, rockets and unmanned space flights last year and paid just $425 million in losses, according to Seradata.

‘This is a risky business in the first place,’ he said.

The insurance dilemma underlines a greater problem: no one is cleaning up the mess in space.

Government agencies track thousands of pieces of debris, including inside a ‘graveyard orbit’ where old geostationary orbit (GEO) satellites are sent to die with their last bits of fuel, 36,000 kilometers, or 22,370 miles into space.

Typically the size of a small refrigerator, they need $500,000 to $1 million worth of coverage, far below the $200 million to $300 million for those in the GEO, industry experts said.

Historically, policies have protected devices against loss, failure or damage from launch through their orbiting life, but not revenue losses from outages.

Operators could add liability coverage in case one satellite damages another or re-enters the atmosphere in a way that causes damage or injury on the ground.

Either way, it is a worrying issue for the future of space-based communications.

‘The concentrations of debris and increasing numbers of satellites being deployed are increasing the potential for collision,’ said Charles Wetton, underwriting manager for space policies at insurer Global Aerospace.