Humans aren’t the only ones to choke under pressure! Monkeys also struggle with tasks when the rewards are higher, study finds

Monkeys ‘choke under pressure’ just like humans, according to a study into their performance, and it is more likely when the rewards for their actions are higher.

Three rhesus monkeys were trained to perform a challenging ‘reaching task’ for varying rewards, by a team from the University of Pittsburgh in Pennsylvania.

They found that if the reward went from small to large, the monkeys performance improved, but if it was a ‘jackpot’ reward, then they failed 25 per cent more often.

This is a form of ‘choking under pressure’ with the monkeys struggling with the reaching task if there was more at stake, which the team say was due to them monitoring their own behaviour and actions due to the ‘higher risk’.

This has been demonstrated many times in humans across a wide range of tasks, and now the team have demonstrated the phenomenon in monkeys. 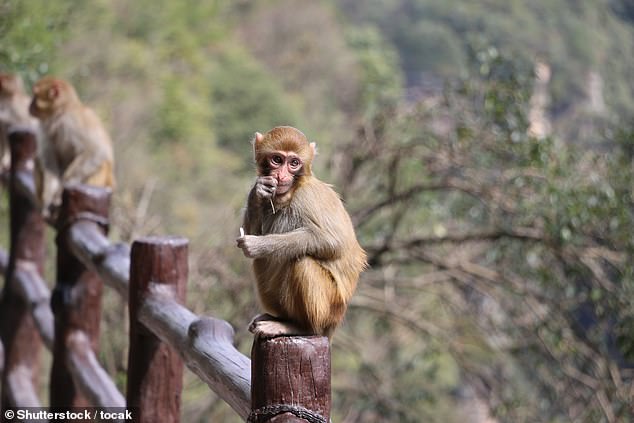 Monkeys ‘choke under pressure’ just like humans, according to a study into their performance, and it is more likely when the rewards for their actions are higher. Stock image 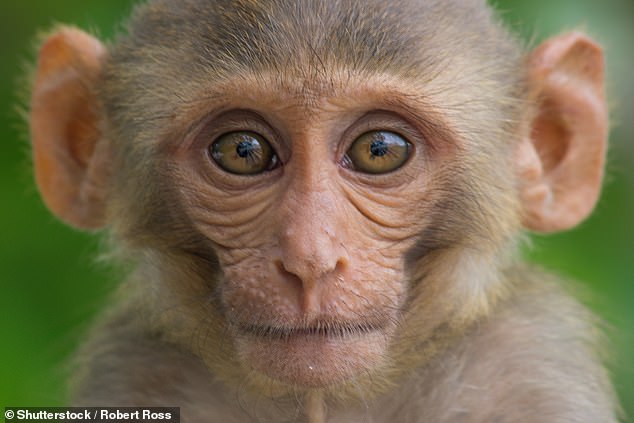 Three monkeys were trained to perform a challenging task by a team from the University of Pittsburgh in Pennsylvania, who tracked performance and reward. Stock image

Choking under pressure has been shown in humans under a variety of conditions, including motor tasks, test-taking, and performing in front of an audience.

To study how monkeys respond to high-risk scenarios, they were trained to perform a difficult ‘reaching task’ by Aaron Batista, Steven Chase and colleagues.

At the start of each trial the monkeys were told what the reward size would be, setting it at either small, medium, large or as a ‘jackpot’.

However, performance declined by around 10-25 per cent from large to jackpot reward levels – evidence of choking behaviour in the primates.

The Jackpot reward was 10 times the size of the medium reward and was presented on only five per cent of the trials.

This choking behaviour reliably occurred across tasks, sessions, and weeks and all three monkeys choked under pressure.

Success rates improved from small to large rewards for each subject, according to the team, who say this may be due to increasing reward increasing motivation.

It depended on both the magnitude and rarity of the jackpot reward being offered, and was likely linked to excess caution on the part of the monkeys.

Failures occurring at the highest level of reward were due to overly cautious reaching, according to the team. 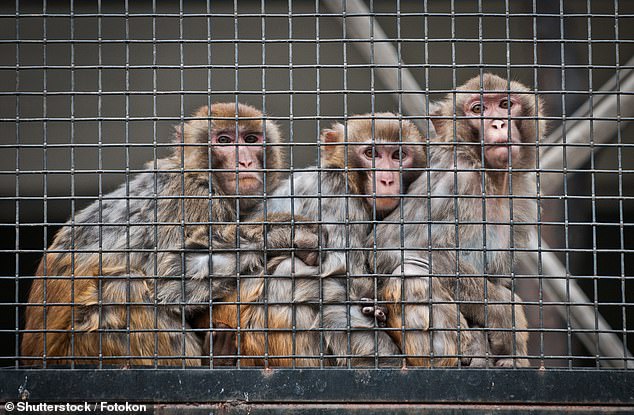 They found that performance tends to improve inline with the size of the reward, but in some cases, when the benefit was particularly high, some people would ‘choke’. Stock image

‘Our results demonstrate that choking under pressure is not unique to humans, and thus, its neural basis might be conserved across species.’

When rewards were higher, the animals covered less distance during the initial component of their reach, resulting in undershoot failures.

They also spent more time homing in on the target during the final movement phase.

Taken together, the results suggest that choking under pressure is found across species, and may be at least partially attributed to explicit monitoring of behaviour.

According to the authors, animal models of choking under pressure could provide insights into the underlying neural mechanisms.

The findings have been published in the journal Proceedings of the National Academy of Sciences.

Monkeys change their ‘accent’ to avoid conflict when they enter the territory of another species, study finds

Red-handed tamarins, a species of monkey, is able to change its ‘accent’ to avoid conflict when it enters the territory of another species, a study has revealed.

Examining the behaviour of 15 groups of two types of tamarin monkeys living in the Brazilian Amazon allowed Anglia Ruskin University scientists to make the discovery.

They found that red handed-tamarins adopt the long calls used by pied tamarins when they enter their territory, and do so to avoid fights over territory and resources.

Pied tamarins are critically endangered and have one of the smallest ranges of any primate in the world, much of it around the Brazilian city of Manaus.

They live in a similar area to red-handed tamarins, who occupy a generally larger region covering the north-eastern Amazon and have a greater vocal flexibility.

Study authors suggest that by using this greater vocal flexibility, including a much greater use of calls than pied tamarins, the red-handed tamarins keep the peace.

One species of monkey copies the accent of another when it enters its territory, possibly to avoid conflict, research has indicated.

Scientists examined the behaviour of 15 groups of two types of tamarin monkeys in the Brazilian Amazon.

Red-handed tamarins adopt the long calls used by pied tamarins when they enter their territory, according to the study.

‘Because these tamarin species rely on similar resources, changing their ‘accents’ in this way is likely to help these tiny primates identify one another more easily in dense forest and potentially avoid conflict,’ Dunn explained.