The impact of football without fans: Empty stadiums almost HALVED home advantage for teams in the Premier League, Championship, La Liga and Serie A during the Covid pandemic, study finds

Covid-19 and the ban on fans in stadiums almost halved the home advantage for teams in the English Premier League and other football leagues, a new study says.

Researchers at the University of Leeds looked at data from 15 European leagues that had to keep fans out of stadiums to stop the coronavirus from spreading.

The mix of data was comprised of more than 4,000 matches that took place in the 2019/2020 season both with and without crowds. 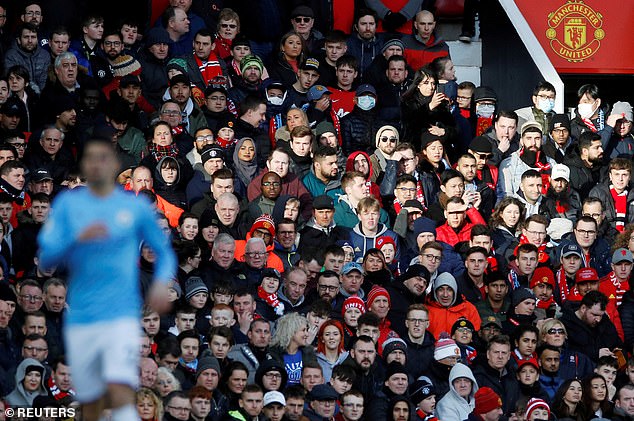 Upon the outbreak of the virus in spring 2020, men and women’s domestic football competitions around the world were either postponed (as in the case of the English Premier League) or completely abandoned (Eredivisie in Netherlands).

By the time Covid-19 infection and death rates curbed in the summer, however, many competitions resumed – with the proviso that fans had to stay out of the stadiums to comply with social distancing.

‘Covid-19 forced football at all levels to an unexpected halt just a quarter of the way through the 2019/2020 season,’ said study author Dane McCarrick at the University of Leeds’ School of Psychology.

‘When it returned, the remainder of the games took place behind closed doors with no fans present.

‘This provided an unintentional, and unique, opportunity to examine one of the most talked about and empirically studied phenomena in professional team sport – the home advantage.

‘This new knowledge reveals that in the most basic sense, fans attendance matters.’

Home advantage describes the benefits a sports team playing at their own venue is said to enjoy over the visiting or ‘away’ team, but it’s been unsure what causes it – or if the phenomenon even exists.

WHAT LEAGUES WERE INCLUDED?

There were 15 leagues included in the analysis:

Home advantage could be attributed to the effect of fans on the players or referee, who may ‘unconsciously favour the home team’, according to the experts.

This could be because the ref may feel greater retribution if he or she makes decisions that go against the home team.

Also, the home team is playing in familiar surroundings, which may positively affect performance, while the effects of travel could negatively impact the performance of the visiting team.

To learn more about the effects of home advantage, all European leagues that finished the 2019/20 season without an audience were included in the analysis.

The researchers used data from Football-Data.co.uk and the FiveThirtyEight online database to analyse 4,844 individual games from 15 different leagues spanning 11 different countries, including the Premier League and Championship and leagues in Germany, Italy and Spain.

What’s more, the lack of crowds affected how referees judged fouls against home and away sides.

The researchers found, on average:

– With fans present, teams won 0.39 points more per game at home than away

– With fans absent, the advantage was almost halved when teams won only 0.22 points more at home than away

– With fans present, home teams scored 0.29 goals more per game than away teams

What’s more, the lack of crowds affected how referees judged fouls against home and away sides.

– Red cards followed a similar pattern which was less pronounced, yet still significant

Previous studies into home advantage considered how goals scored and points awarded at home games compared with performance at away matches.

But this new study, which also involved experts at the Northumbria University, also considered whether home advantage affects a team’s dominance over a game.

The researchers measured dominance by the number of corners, shots and shots on target a team’s players had in any given match.

Home teams were less dominant without their supportive fans, with an average per game of 0.7 fewer corners won, 1.3 fewer shot attempts and 0.4 fewer shots on target, they found. 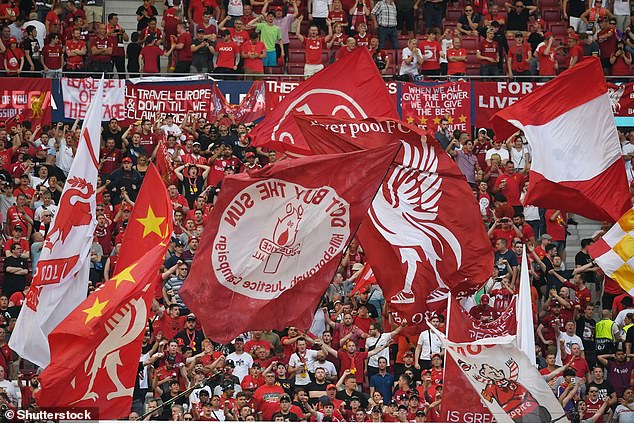 A lack of crowds made a very slight difference to away teams’ attacking hold on games – they had only 0.10 more corners, 0.17 more shots and 0.20 more shots on target on average.

Interestingly, a team’s dominance had a much greater influence over referees’ decisions than the presence of home fans.

‘When a team’s dominance over the game was included in the analysis, the associations were much weakened for fouls and yellow cards and, remarkably, become non-significant for red cards,’ said McCarrick.

‘This shows, for the first time, that the influence of home fans on referees mostly disappears when the style of play is taken into account.’

The bottom line is that home advantage is ‘still very much a prominent factor of professional football’, he said.

‘As can be seen from the Covid data, it is very much reliant on the presence of fans in stadia,’ he told MailOnline.

The study, published in the journal Psychology of Sport and Exercise, acknowledges other variables that might have influenced these results.

These included changes in teams training schedules, more fixtures to be played, or the impact of national lockdowns pausing play.

Football matches in empty stadiums during the Covid-19 pandemic have made players, managers and coaches more polite and led to fewer altercations on the pitch, study finds

Football matches in empty stadiums during the current pandemic have made players and coaching staff engage in fewer altercations on the pitch, a 2021 study revealed.

Austrian researchers compared male players and staff during matches played both before leagues were suspended due to coronavirus and those played when football restarted without fans in stadiums.

Overall, there were 19.5 per cent fewer emotional situations in ‘ghost games’ (those without fans in the ground) than in the ‘regular games’ (with fans in attendance).

Players and staff alike got less carried away with longer-lasting and extensive ‘word fights’ and discussions, the experts also found.

It’s possible that in the men’s game, shouting, singing and expletives from fans provides a heated melting pot that fires up players’ testosterone levels.