The Pentagon is stealing a page from Minority Report with an experimental artificial-intelligence program that can look ‘days in advance’ and predict possible attacks on vulnerable locations with strategic importance.

In a July 28 press conference, ​​General Glen VanHerck, commander of the US  Northern Command (NORTHCOM), said the agency’s Global Information Dominance Experiments, or GIDE, combines artificial intelligence and cloud computing resources with data from sources around the world to ‘achieve information dominance’ and ‘decision-making superiority.’

Completed earlier this month, the third test of GIDE was conducted in conjunction with all 11 US combatant commands ‘collaborating in the same information space using the same exact capabilities.’

The third test, known as GIDE 3, focused on ‘contested logistics,’ VanHerck shared, suggesting a scenario where lines of communication in the Panama Canal were compromised.

GIDE’s machine learning and artificial intelligence can assess on the micro level, determining, for example, the typical number of cars in a parking lot over a period of time and noticing any usual increase or decrease.

The new system represents a ‘leap forward in our ability to maintain domain awareness, achieve information dominance, and provide decision superiority in competition and crisis,’ he said. 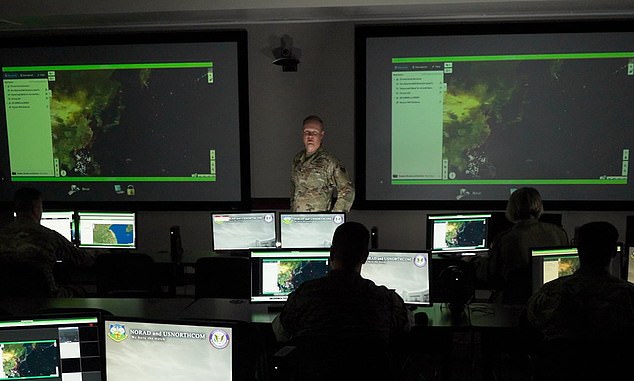 Representatives from all 11 US combatant commands participated in the third series of Global Information Dominance Experiments (GIDE)  at US Northern Command Headquarters in Peterson Space Force Base near Colorado Springs, Colorado

Currently, VanHerck said, the agency is usually in a ‘reactive environment,’ responding to rival nation’s actions.

‘We can set parameters where it will trip an alert to give you the awareness to go take another sensor such as GEOINT on-satellite capability to take a closer look at what might be ongoing in a specific location,’ VanHerck told reporters.

‘What we’ve seen is the ability to get way further what I call left of being reactive to actually being proactive,’ he added. ‘And I’m talking not minutes and hours, I’m talking days.

Established in 1958 at the height of the Cold War, NORTHCOM is responsible for defending North America primarily from air attacks (via the North American Aerospace Defense Command, or NORAD) and providing maritime warning.’ 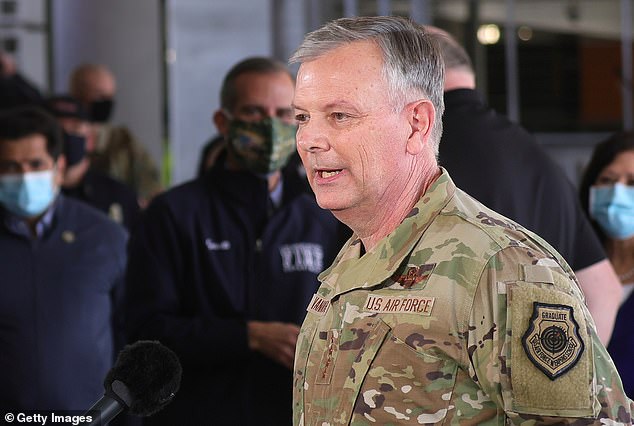 VanHerck explained that extra time creates ‘decision space’ for him to develop various deterrence strategies to present to Secretary of Defense Lloyd Austin and President Biden.

While the US Air Force and Army are also leveraging AI to predict conflict scenarios, VanHerck stressed the DOD system uses data that’s already garnered from satellites, radar, human intel and other sources.

According to The Drive, GIDE 3 also included support from the Joint Artificial Intelligence Center and Project Maven, a DOD sub-group that uses AI to sift through massive amounts ‘of persistent surveillance imagery’ to quickly identify useful intel.

‘What we’re doing is making that data available and shared into a cloud where machine learning and artificial intelligence look at it,’ VanHerck said.

‘And they process it really quickly and provide it to decision-makers, which I call decision superiority. This gives us days of advanced warning and ability to react.’