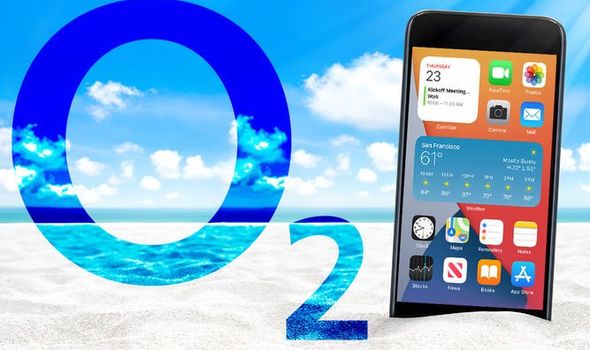 If you’re one of the lucky ones who has managed to get a seat on a plane this summer then it might be worth checking your smartphone contract. Until recently, all UK mobile networks were offering totally free roaming when heading abroad but things are starting to change.

Now that the UK has left the EU there’s nothing to stop providers from bringing back charges and the first to switch things up is O2. The company announced it was bringing in new rules back in June with the changes coming to effect from this month.

So what does it mean for O2 users who have packed their suitcase and are heading to Europe for some sun, sea and Netflix boxset binges? Anyone with an O2 SIM will now be restricted by a fair usage policy which means that they must not exceed 25GB of data whilst out of the UK.

As long as the user stays within that limit there will be nothing to pay but start watching back to back movies at the end of your two-week break and things could start getting expensive.

That’s because a charge of £3.50 per extra 1GB will then be added to bills – as an example of how much this could cost, a full HD movie is around 4GB in size so one night in front of a movie will cost £14.

Unless you spend hours streaming or playing games online, 25GB is quite a lot of data and it’s likely that most customers won’t get anywhere near that when abroad meaning they won’t be charged.

As O2 explained in a statement to TechRadar Pro: “Less than 1% of our Pay Monthly customers reach anywhere near 25GB during occasional travel to Europe. If a customer’s UK monthly data allowance is over 25GB, from August 2 they will have a Roaming Limit of 25GB in our Europe Zone.

“This means they can use up to 25GB of their allowance at no extra cost – we’ll text them if they get close to the limit, and again if they reach it. A customer can still use data if they reach our Roaming Limit, but will be charged £3.50/GB.”

Although most won’t be hit by the fees it is worth remembering the changes from O2 as things could mount up quickly.

Of course, O2 is not the only network bringing in new fees with EE also announcing big changes that will come into force from January 2022.

Anyone now joining EE or signing up for a new deal will be hit by a £2 per day charge if they want to use their UK allowance in Europe.

That means a two week holiday in Spain could end up costing each family member £28. Ouch!

Speaking about the changes an EE spokesperson said, “From January next year, EE will introduce a new flat fee of £2 a day for customers wishing to roam across 47 European destinations (with the exception of ROI which is included in domestic plans), allowing them to use their plan’s full data, minutes and texts allowance. This will apply only to new and upgrading customers signing up to EE from the 7th July 2021 and will support investment into our UK based customer service and leading UK network.