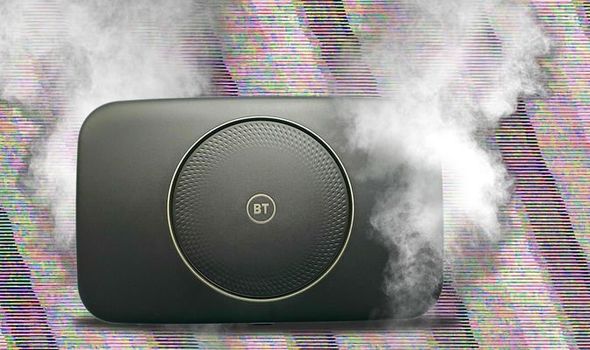 Has it seemed like your home internet connection went offline more than usual last year? If so, don’t worry. It’s not just you – internet failures soared over the past 12 months across the UK. A survey from Uswitch.com found nearly 15 million people suffered a broadband outage that lasted more than three hours in the past year. On average, homes affected lost internet connection for more than two days in total.

That’s three times higher than the previous year, when 4.7 million people were struck by broadband blackouts.

The worst-hit place was Edinburgh, where the average downtime shot up to 175 hours in 2020-21, seven times higher than last year. It was joined in the top five unlucky areas by Bristol, Leeds, Sheffield and Brighton. Bimingham, Liverpool and Southampton were all also badly-affected by the failures.

But residents of Belfast can rest easy – your broadband is the most reliable in the country, with just 11 hours of outages on average.

The broadband blunders couldn’t have come at a worse time as people struggled to work and study from home. More than 30% lost access during office hours. Uswitch thinks this cost the economy nearly £5 billion as productivity slumped and employees lost 16 million working days.

Ernest Doku from Uswitch said: “Outages have affected the country like never before over the past 12 months… Millions of home-workers and home-schoolers have experienced internet outages when they would usually have been at their workplaces or in school. When you’re trying to get things done, not being able to stay connected can be infuriating.”

The back up in these situations is usually turning to mobile data and tethering, which one third of those affected did – but almost all quickly used up their entire monthly data allowance.

Broadband service providers have been forced to apologise to customers numerous times over the past year after connections went down. In April, thousands of Virgin users across England’s major cities complained of service failures. BT blamed bad weather for major network issues in Scotland last August.

Despite the inconvenience, only 40% of customers complained to their provider. But if your broadband does go down for more than two days, you could be entitled to compensation. At just £8 per day, though, it might not make up for the hassle.

Doku explained: “Most of the UK’s big broadband providers are signed up to Ofcom’s auto-compensation scheme, so you should be covered. These rules were relaxed during the pandemic as providers focused on keeping the country running, but from July the scheme will be up and running again.”

If you’re not sure if your broadband is down or if it’s an issue with your modem, Is the Service Down? provides a free and easy way to check.