Researchers have discovered a 100-million-year-old insect known as a weevil that likely used its massive trunk as a defense weapon while searching for mates.

The fossilized male weevil, encased in amber that was excavated in Myanmar’s Hukawng Valley in 2001, is unlike other weevils, alive or dead, because of its exceptionally elongated trunk.

At 5.5 millimeters (0.2in) long, nearly half of its body was its head and the rostrum, or beak. 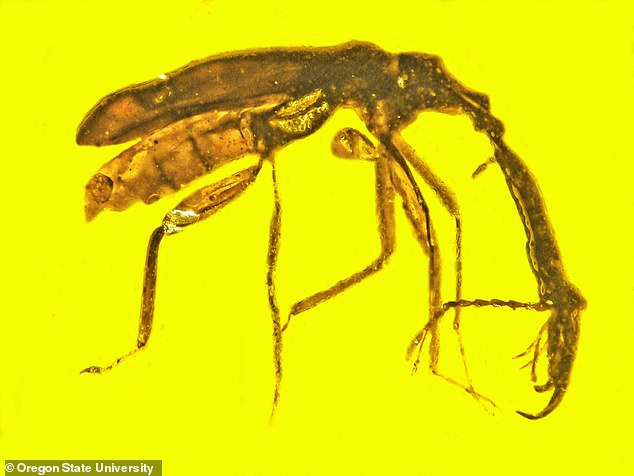 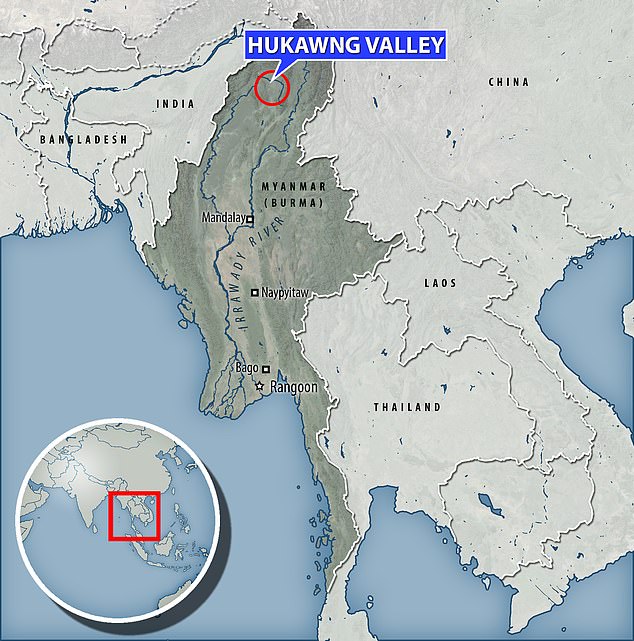 Modern day weevils also have elongated rostrums, but nowhere near that length.

‘Entomologists will be discussing the systematic placement of this fossil for years since it is so bizarre,’ said the study’s lead author and Oregon State University researcher George Poinar Jr., in a statement.

Scientifically known as Rhamphophorus legalovii (which means ‘curving beak’ and ‘to bear’ in Latin), it is a new genus and species of weevil.

‘Rhamphophorus had extended middle foot segments that might have increased its ability to grasp plant surfaces or better reach its foes during fights for females,’ Poinar added.

‘It would be interesting to know if females also had this feature.’

The newly discovered weevil is now a part of the sub-family Cimberidinae, which largely consist of long-nosed weevils.

Of the 70 known species, many have different looks for males and females, making it likely that the female Rhamphophorus had a significantly smaller beak. 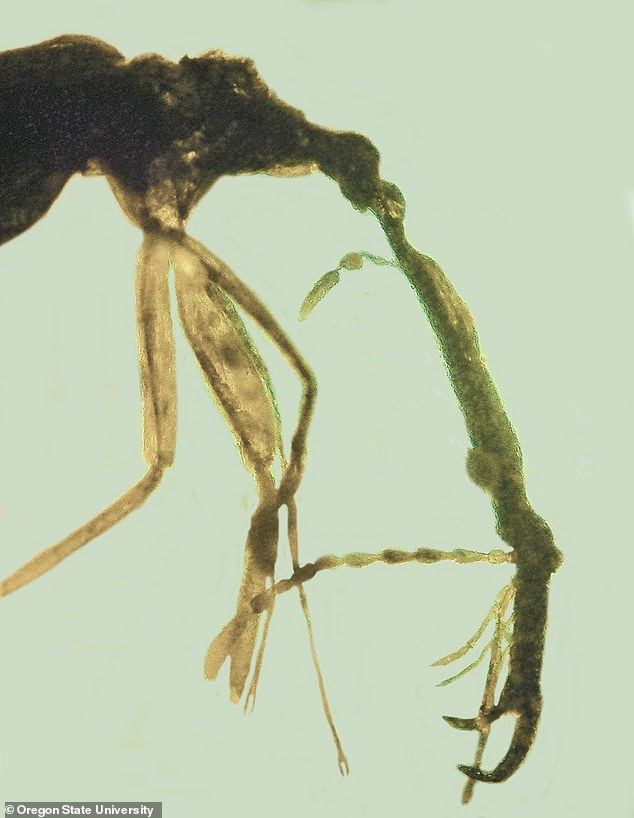 At 5.5 millimeters long, nearly half its body was its head and beak 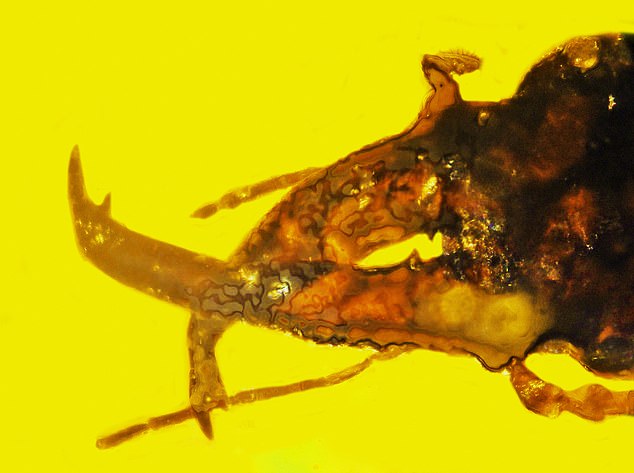 The injuries that the ancient weevil suffered suggest it was doing battle with another male prior to its death, falling into the resin.

‘It shows how an adult beetle can become so specialized that even its family position can be questioned. Certainly lifestyle in conjunction with microhabitat influenced the evolutionary development of this weevil, which gives us an exciting glimpse of morphological diversity in mid-Cretaceous weevils.’

The study was published earlier this month in Cretaceous Research.

Weevils are a type of beetle; present-day insects are often found present-day in dry foods, including nuts, cereal and pancake mix.

At present there are nearly 100,000 known species of weevils, including ones that attack cotton, alfalfa and strawberry roots in North America.