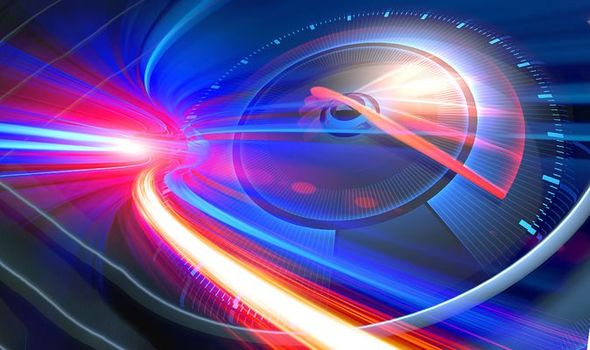 If you’re perfectly content with your current broadband speeds… you might want to stop reading. That’s because, even if you have the fastest commercial connection available in the UK right now – a little over 1,000Mbps from Virgin Media, BT, Hyperoptic, GigaFast and a number of other brands, it pales in comparison compared with the new speed record set in Japan in the last few days.

The country has set a new benchmark worldwide when it comes to internet speeds. Japan had worked with UK engineers to hit the previous record, a respectable 178 terabits per second. And now it’s blasted past that record – hitting an eye-watering 319 terabits per second.

To achieve this never-before-seen speed, Japan’s National Institute of Information and Communications Technology (NICT) used next-generation fibre-optic technology in a lab setting. To hit these speeds, NICT made use of an experimental new strand of fibre-optic cable that packs four cores wrapped together in a single cable that’s roughly the same thickness as regular household fibre optic line.

That means – in theory, at least – this new cable technology could be substituted for the same cables running up your drive and into your home, powering your home Wi-Fi network. Of course, that’s a long way off.

The team at the National Institute of Information and Communications Technology looped the next-generation fibre-cable through coiled reams of fibre-optic that simulates a transmission distance of some 1,864 miles. No degradation in speed was reported at all.

For comparison, the length of the UK is 874 miles. So this next-generation cable could be used to connect a home in John o’ Groats to an exchange in Land’s End – and the resident could still expect to see 41,811,649Mbps speeds.

Just to put that speed into perspective. Under optimum lab conditions, downloading a 220 GB file – the size of the PlayStation 5 version of blockbuster hit Call of Duty: Black Ops Cold War, for example – would take 0.005552 seconds.

For now, Japan sees the technology being deployed for data transmission purposes, rather than downloading video games and streaming Netflix at home.