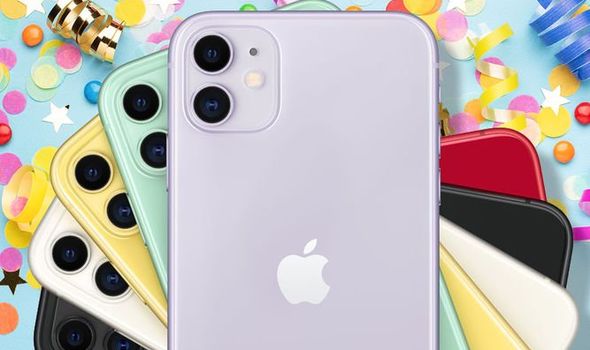 If Apple follows tradition, we can expect to see all-new iPhones revealed on-stage this September. That’s when the US technology firm usually reveals its latest smartphone line-up and, according to the latest whispers, the latest iPhone models could finally enjoy a feature Android fans have had for years.

With just a few months to go until Apple is expected to reveal all, the rumours about the next-generation iPhone are coming thick and fast. One of the biggest upgrades could be coming to the Retina screen, according to a new report from Mark Gurman, who has an outstanding track record when it comes to getting rumours right. Gurman predicts that the new iPhone will finally ship with an always-on display.

This screen technology has been around for quite a while on Android smartphone and allows users to constantly check the time, date, and recent notification alerts without the need to tap on the screen to wake it up. It also means you can check the time during a date, interview or meeting without looking incredible rule – which is sure to come in handy.

Apple is no stranger when it comes to this always-on look with the previous two iterations of its best-selling Apple Watch able to show the time on a screen that never-ever goes off. Apple is tipped to use the same technology found in the Apple Watch on the next iPhone.

If true, it would certainly make the big black display on all of Apple’s smartphone look a little more appealing when sitting beside you on the desk or dinner table.

It’s unclear what data exactly will be shown on the screen, however, a simple clock face and icons showing if you have emails or texts seems most likely. Along with that always-on feature, there’s more exciting news as it’s also thought that Apple could bring 120Hz high refresh-rate technology to its new phones.

Apple was criticised for not bringing 120Hz screen technology to its iPhone 12 Pro last year with these devices featuring a standard 60Hz refresh rate. That seemed like an odd decision especially as almost all premium Android devices now get that fast screen speed.

It’s also worth remembering that Apple’s premier iPad Pro has a 120Hz rate screen so it would make sense to now include something similar on the iPhone.

Away from the display, other extras that Gurman says might appear on the upcoming iPhone could include better battery life, a smaller notch at the top of the screen and a faster processor. If Apple does launch its new iPhone range in September we can expect plenty more rumours and leaks to start appearing in the coming weeks and months.