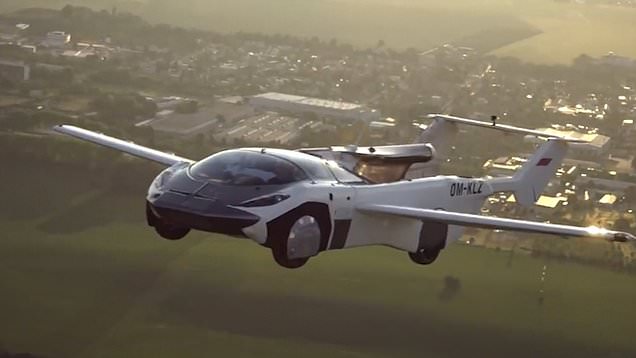 We’ve been promised flying cars for decades, but it finally seems like reality has caught up to science fiction.

This week, a prototype flying car completed a 35-minute flight between two airports, landed then transformed and drove off down the road.

Developed by Klein Vision, the ‘AirCar’ uses a BMW engine and runs on regular petrol fuel.

It has narrow wings that fold down and tuck inside the car for when it comes time to drive on the roads.

This week’s flight, which took place between Nitra and Bratislava airports in Slovakia, was completed by the AirCar’s creator, Professor Stefan Klein.

‘This flight starts a new era of dual transportation vehicles. It opens a new category of transportation and returns the freedom originally attributed to cars back to the individual,’ Professor Klein said after completing the flight.

Anton Zajac, the co-founder of Klein Vision, added: ‘AirCar is no longer just a proof of concept; flying at 8,200ft at a speed of 170kph, it has turned science fiction into a reality.’ 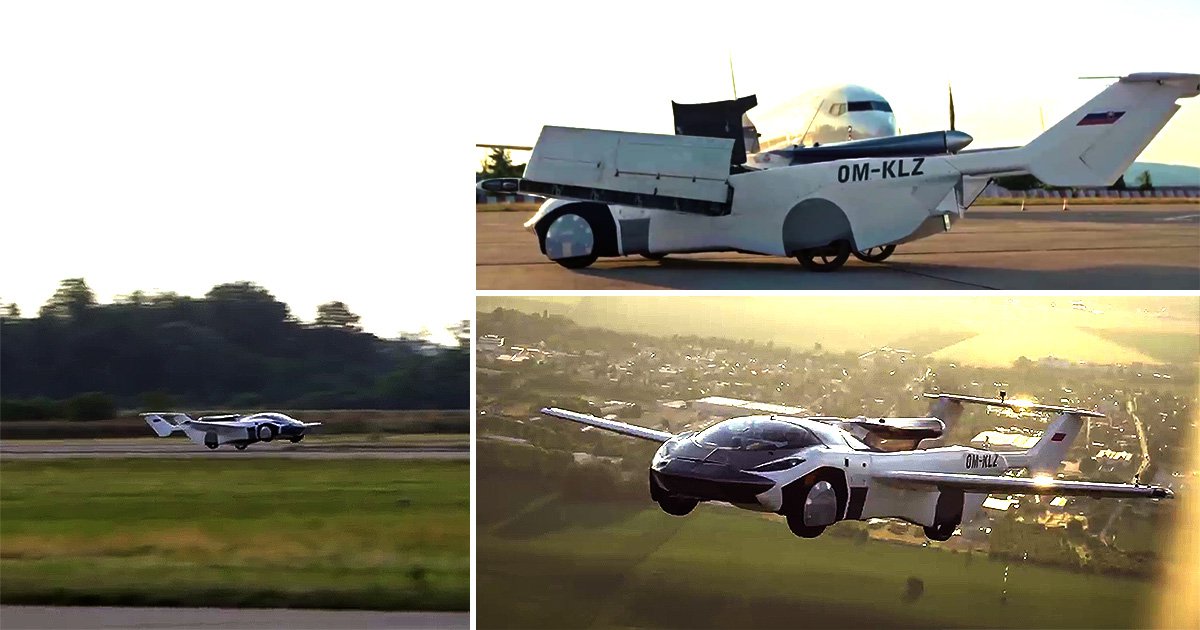 The car is capable of carrying two people with a combined weight of 200kg and, so far, has clocked up 40 hours of flight time.

According to Klein Vision, the AirCar prototype has taken two years to develop and cost less than two million euros – roughly £1.7m – to produce.

It takes just under three minutes to transform from a plane to car.

‘The automated transition from road vehicle into an air vehicle and vice versa, deploying/retracting wings and tail is not only the result of pioneering enthusiasm, innovative spirit and courage; it is an outcome of excellent engineering and professional knowledge,’ said Dr. Branko Sarh, a senior technical fellow at Boeing.

Of course, before you’ll start seeing AirCars lining driveways around the world, the vehicle will need to pass all kinds of certifications.

And, naturally, anyone that gets one will have to have a pilot’s licence as well as a driving licence. Still, it’s an exciting prospect.

Dr Stephen Wright, a senior research fellow in avionics and aircraft, at the University of the West of England told the BBC: ‘I have to admit that this looks really cool – but I’ve got a hundred questions about certification.’

‘Anyone can make an aeroplane but the trick is making one that flies and flies and flies for the thick end of a million hours, with a person on board, without having an incident.

‘I can’t wait to see the piece of paper that says this is safe to fly and safe to sell.’