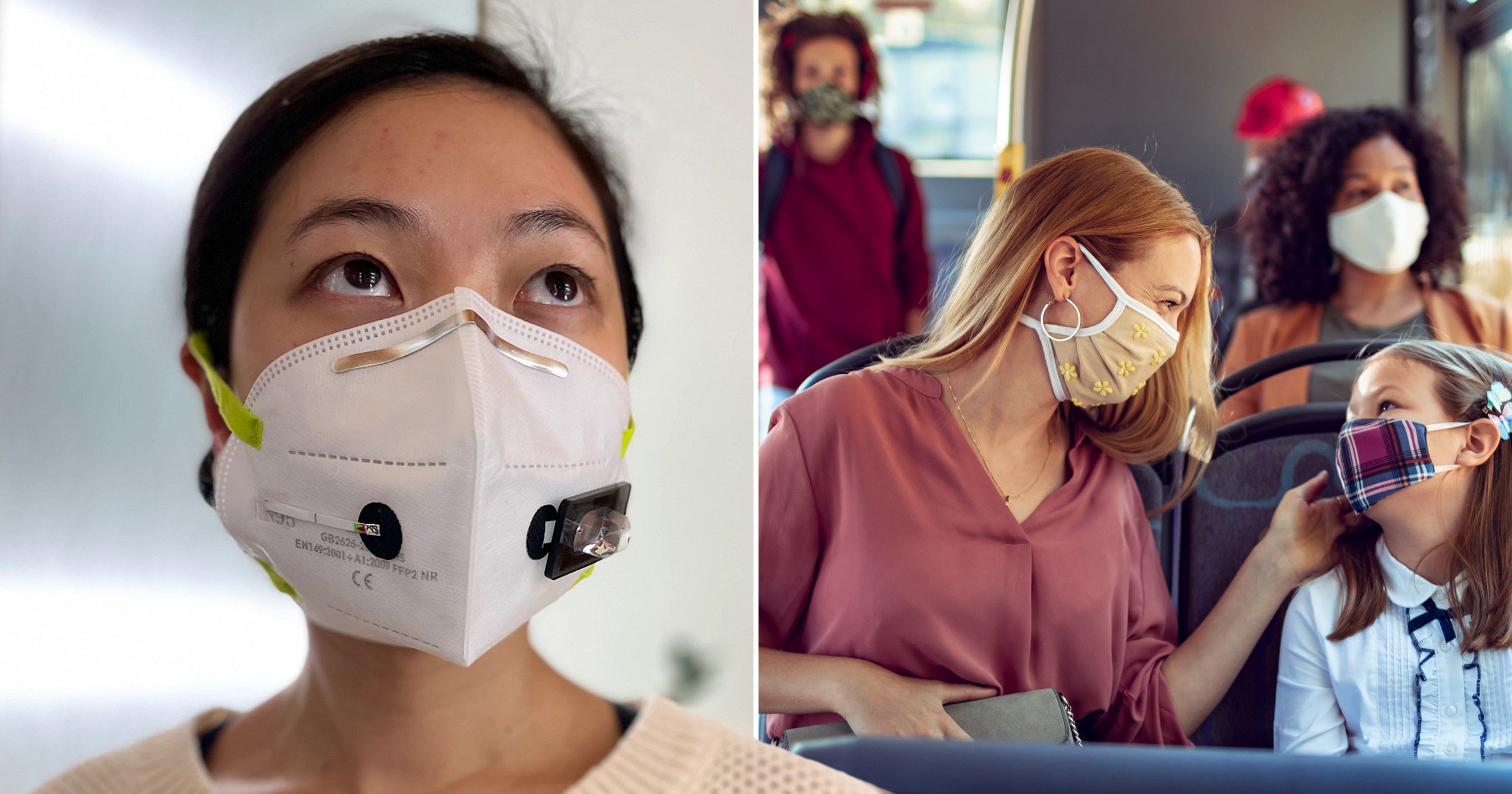 A prototype face mask has been developed that can actually detect Covid-19 infections from the person wearing it.

The US-made mask takes just 90 minutes to diagnose whether its wearer is infected with coronavirus.

The sensor technology used in the mask could also be added to clothes that detect the virus, say scientists.

It could also be modified to search for a variety of pathogens and other threats, not just Covid-19.

The masks are embedded with tiny, disposable sensors that can be fitted into other face masks and could also be adapted to detect other viruses.

The sensors are based on freeze-dried cellular machinery that the research team has previously developed for use in paper diagnostics for viruses such as Ebola and Zika.

In a new study, the researchers showed that the sensors could be incorporated into not only face masks but also clothing such as lab coats, potentially offering a new way to monitor health care workers’ exposure to a variety of pathogens or other health threats.

Study senior author Professor James Collins, of the Massachusetts Institute of Technology (MIT), said: ‘We’ve demonstrated that we can freeze-dry a broad range of synthetic biology sensors to detect viral or bacterial nucleic acids, as well as toxic chemicals, including nerve toxins.

‘We envision that this platform could enable next-generation wearable biosensors for first responders, health care personnel, and military personnel.’

He explained that the face mask sensors are designed so that they can be activated by the wearer when they’re ready to perform the test, and the results are only displayed on the inside of the mask, for user privacy.

The new wearable sensors and diagnostic face mask are based on technology that Prof. Collins began developing several years ago.

In 2014, he showed that proteins and nucleic acids needed to create synthetic gene networks that react to specific target molecules could be embedded into paper, and he used this approach to create paper diagnostics for the Ebola and Zika viruses.

Adding it to fabric

More recently, Prof. Collins and his colleagues began working on incorporating sensors into textiles, with the goal of creating a lab coat for health care workers or others with potential exposure to pathogens.

To make wearable sensors, the researchers embedded their freeze-dried components into a small section of synthetic fabric, where they are surrounded by a ring of silicone elastomer.

They showed that a small splash of liquid containing viral particles, mimicking exposure to an infected patient, can hydrate the freeze-dried cell components and activate the sensor.

The sensors can be designed to produce different types of signals, including a colour change that can be seen with the naked eye.

The researchers also designed a wearable spectrometer that could be integrated into the fabric, where it can read the results and wirelessly transmit them to a mobile device.

Dr. Peter Nguyen, a research scientist at Harvard University’s Wyss Institute for Biologically Inspired Engineering, said: “This gives you an information feedback cycle that can monitor your environmental exposure and alert you and others about the exposure and where it happened.”

The pivot to Covid

As the researchers were finishing up their work on the wearable sensors early last year, Covid-19 began spreading around the world, so they quickly decided to try using their technology to create a diagnostic for the SARS-CoV-2 virus.

The sensors are placed on the inside of the mask, so they can detect viral particles in the breath of the person wearing the mask.

The mask also includes a small reservoir of water that is released at the push of a button when the wearer is ready to perform the test.

The researchers explained that the water hydrates the freeze-dried components of the SARS-CoV-2 sensor, which analyses accumulated breath droplets on the inside of the mask and produces a result within 90 minutes.

Dr Nguyen said: ‘This test is as sensitive as the gold standard, highly sensitive PCR tests, but it’s as fast as the antigen tests that are used for quick analysis of Covid-19.’

The prototypes have sensors on the inside of the mask to detect a user’s status, as well as sensors placed on the outside of garments, to detect exposure from the environment.

The researchers can also swap in sensors for other pathogens, including influenza, Ebola, and Zika, or sensors they have developed to detect organophosphate nerve agents.

The researchers have filed for a patent on the technology and they are now hoping to work with a company to further develop the sensors.

Prof. Collins said that the face mask is most likely the first application that could be made available.

He added: ‘I think the face mask is probably the most advanced and the closest to a product.

‘We have already had a lot of interest from outside groups that would like to take the prototype efforts we have and advance them to an approved, marketed product.’

The findings were published in the journal Nature Biotechnology.