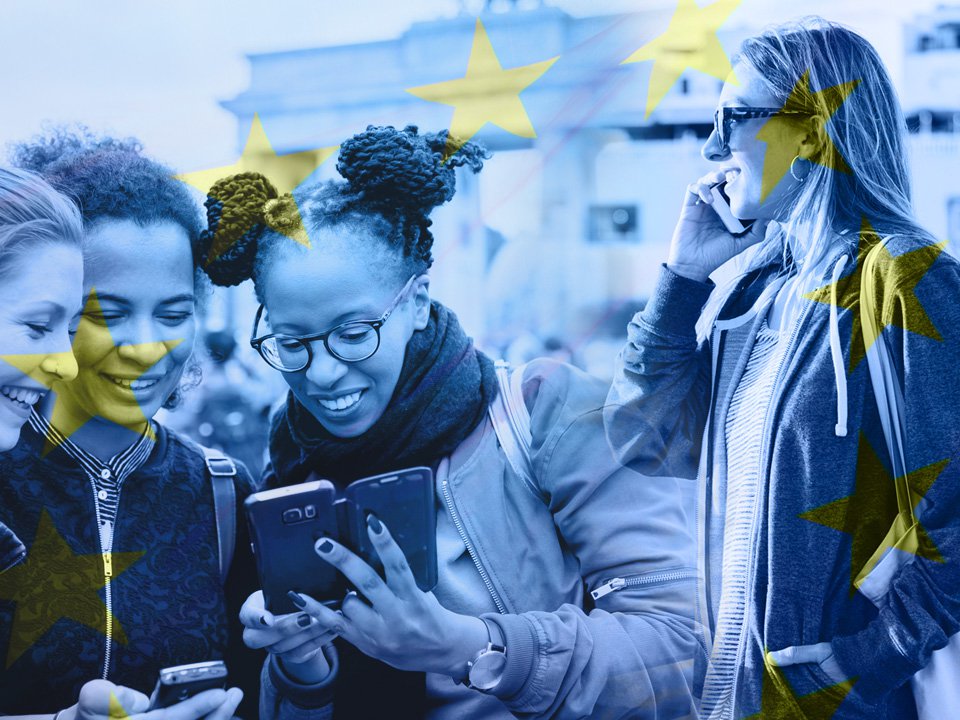 Millions of Brits will soon face roaming charges in the EU for the first time in four years.

EE is planning to reintroduce fees for UK customers visiting the EU, six months after the end of the post-Brexit ‘transition period’.

Roaming charges were banned within EU countries back in 2017. But this no longer covers UK users.

Although Britain’s trade deal with the EU doesn’t ban the charges, it does encourage networks to provide ‘transparent and reasonable rates.’

EE roaming charges: How much will I have to pay and when?

Existing EE customers won’t see any changes for now. At the moment, customers can use up to 50GB of data (depending on their plan allowance) per month for free in EE’s ‘Europe Zone’.

But people signing up for new or upgraded contracts from July 7 will face new rules.

EE will charge these customers £2 a day to use their existing allowances in the EU (excluding Ireland) from January 2022.

Users travelling for extended periods of time will be able to buy 30-day packages that may work out cheaper.

What about other providers?

Some providers, like Tesco Mobile, Giffgaff and Sky Mobile have said they are not introducing roaming charges.

Others have not announced any plans to introduce similar roaming fees, but have decided to change their ‘fair usage’ policies.

These policies affect how much of your existing monthly allowances can be used without incurring extra fees.

Here’s what each of the other big phone networks are doing.

O2 will start charging customers who use more than 25GB or data per month in Europe. From 2 August, users will be charged £3.50 per GB over this limit.

This change will only affect customers with data limits above 25GB.

Three is going to cut its European data cap from 20GB to 12GB per month from July 1, after which users will be charged 0.3p per MB.

The company says this will bring its ‘Go Roam in Europe’ policy more in line with its ‘Go Roam Around the World’ rules.

Under the ‘World’ policy, many Three customers currently get free data, texts and calls to UK numbers when they travel to several countries destinations including the US, Australia and New Zealand.

Its ‘Europe’ and ‘World’ policies will still differ, however.

Rather than incurring a fee, data usage above 12GB per month is not permitted in ‘World’ destinations. And users can also only send up to 5,000 texts and make up to 3,000 minutes worth of calls for free to UK numbers.

The company says changes to its fair use policy is intended to prevent customers who live abroad from using Three plans.

A Three spokesperson told Metro.co.uk: ‘The new fair use limit is still more than enough for holidaymakers to use their phone like they would if they were in the UK.’

Vodafone says it has no plans to reintroduce roaming charges for UK users.

At the moment, users on certain Vodafone plans pay no extra fees to use their minutes, texts and data in 81 destinations, including European countries.

But this is subject to a 25 GB per month fair usage policy, after which customers are charged £3.93 per GB.

Could EU roaming plans change in the future?

Although most operators aren’t introducing EU roaming fees for now, there’s no guarantee they won’t in the future.

EE, for example, stated in January 2020 that it had ‘no plans to change this based on the Brexit outcome.’

But UK customers do have some protection against shock bills. Roaming fees are currently capped at £45 per month.

Director of consumer and connectivity at CCS Insight Kester Mann said the changes represented a ‘failure’ of UK operators to stem a ‘long-term decline in average customer spend’ while investing heavily in technology.

He added: ‘Roaming is a poisonous term for consumers after travellers were hit by exorbitant prices for years. But this is also a far cry from the bad old days. EE’s £2 per day charge represents a fraction of the cost of an EU holiday.

‘Still, the company knows it will not be well received by its customers, and that it has handed on a plate a clear marketing opportunity to rivals.

‘It would have had to carefully calculate that the upside outweighs any potential reputational damage.’