Why your phone might make a random siren-like sound TODAY: Emergency alert test will be sent to mobiles across England as part of plan to warn people about terror attacks, flooding and fires

Some Android mobile phone users in England will get an ’emergency alert’ from the government later today as part of a nationwide test of a new warning system.

It is the first of two tests this month, with the second also including iPhone users, but restricted to people in Reading. Both are purely a test and not a real warning.

The emergency alert system has been set up to give the government a way to quickly warn people of an impending risk to life from things like flooding or fire.

Users in the test will see this message between 13:00 and 14:00 BST: ‘This is a mobile network operator test of the Emergency Alerts service. You do not need to take any action. To find out more, search for gov.uk/alerts.’

The warning is also able to trigger a ‘loud siren-like sound’ on the user’s device and is based on systems built into iOS and Android. It is possible to opt out of some alerts.

The system only works for users connected to 4G and 5G masts and people with an iPhone running iOS 14.5 or Android running version 11.

The government hasn’t said which networks are involved in the most recent test, but all networks have worked with the government on the new alert system. 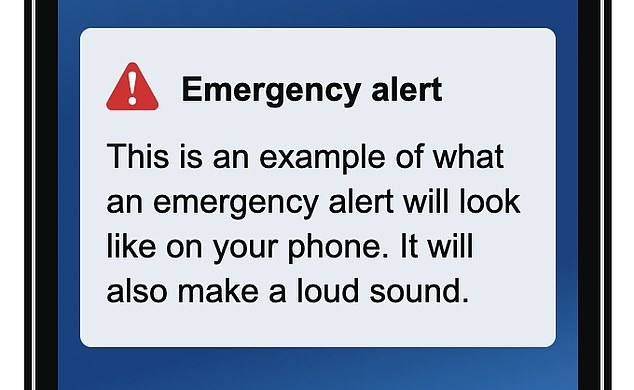 Users in the test will see this message between 13:00 and 14:00 BST: ‘This is a mobile network operator test of the Emergency Alerts service. You do not need to take any action. To find out more, search for gov.uk/alerts’ 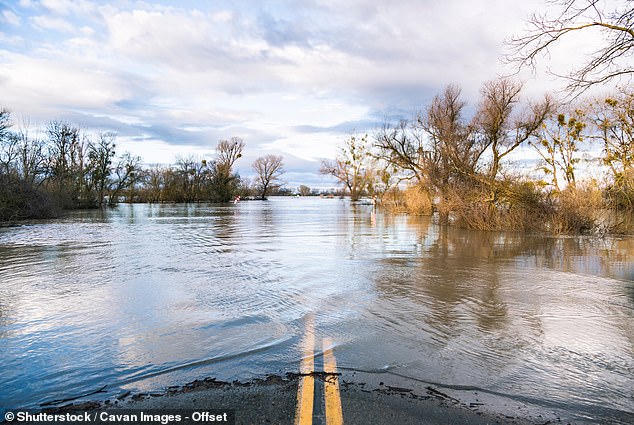 This system is only compatible with fairly recent versions of both iOS and Android, as well as newer masts.

It will only work on 4G and 5G masts and early 2G and 3G don’t include the necessary technology.

It is only available for users with phones running iOS 14.5 or Android 11.

Some older Android phones with a Wireless Alerts setting will also potentially receive the warning.

It will appear as a text message and may be accompanied by a loud siren-like noise coming from the phone.

If tests go to plan the government will roll it out nationwide, and while users will be able to opt out in their phone settings, the most severe alerts will still get through.

The system makes use of mobile infrastructure – specifically 4G and 5G – sending the message to all devices connected to specific masts rather than to mobile numbers.

The same type of system is already widely in use in New Zealand where it has been credited with saving lives around national emergencies.

The government has already tested the new UK system in East Suffolk where residents were sent a ‘test alert’.

For the new test the government said: ‘If you have an Android device, there’s a small chance you may get a test alert. Your device may make a loud siren-like sound.’

The website explained that ’emergency alerts will warn you if there’s a danger to life nearby. ‘In an emergency, your phone or tablet will receive an alert with advice about how to stay safe.’

As well as natural disasters like fire, flooding and extreme weather events, the alert system can warn of impending terror attacks or virus outbreaks.

In March 2020 the government worked with all mobile networks to send an automated text message to inform people about lockdown rules and have sent flood warning tests prior to this alert.

The new system works with iOS 14.5 or later and Android 11 or later, which have the emergency system infrastructure built in.

It may also work on older Android devices that have a Wireless Alerts setting. It is also restricted to 4G and 5G networks, it won’t work on 2G and 3G systems as the Cell Broadcast technology hasn’t been integrated into those masts.

Once fully implemented – likely by the end of summer this year – emergency services and government bodies will be able to use it in times of emergency. 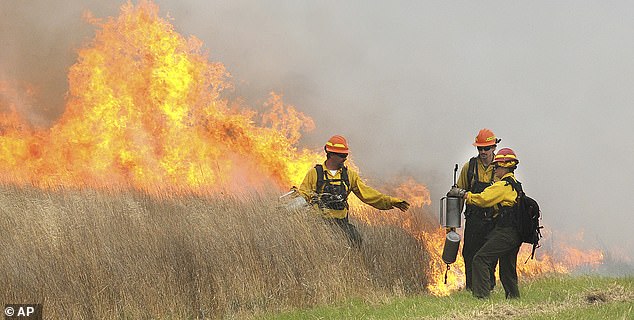 It can work at both a local and national level, with any test making it very clear that it isn’t a real emergency.

While users can opt out of the alerts, the government has urged people to keep it switched on as it will include more than a simple flood alert.

‘Emergency alerts are broadcast from mobile phone masts. Every compatible mobile phone or tablet in range will receive an alert,’ the government explained. 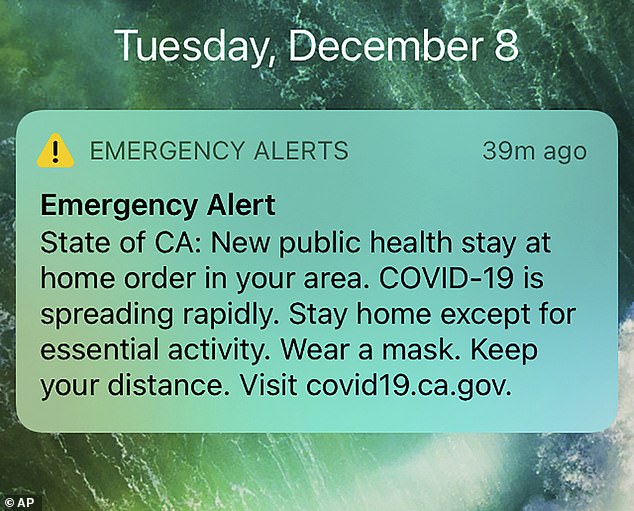 The government does not need your phone number to send you an alert.

The test on June 29 will be restricted to iPhone and Android users in Reading, Berkshire with a test alert sent between 13:00 BST and 14:00 BST. Users are told they won’t have to do anything and it will be clear this is a test.

It will say: ‘The UK government is testing Emergency Alerts in Reading, Berkshire. Emergency alerts tell you what to do if there’s a life-threatening event nearby. To find out more, call 0808 1697692 or search for gov.uk/alerts’

HOW TO OPT OUT OF EMERGENCY ALERTS

The government has urged people to keep emergency alerts turned on due to the fact they could save lives and turning them off could put lives at risk.

However, as it uses a system built into both iOS and Android, opting out is simply a case of changing an option within settings.

You can opt out of some emergency alerts, but not the most important ones, those will still be forced through to your device.

You cannot opt out by subject, only by how serious the emergency is. If you opt out because you do not want flood warnings, for example, you might miss alerts for fires and terrorism.

Android: To opt out, search your settings for ‘emergency alerts’ and turn off Severe alerts.

If you have an Android device, there’s a small chance you may get test alerts from your mobile network operator.

iPhone: To opt out, search your settings for ‘emergency alerts’ and turn off Severe alerts.

More details about the emergency alert system are available at gov.uk/alerts