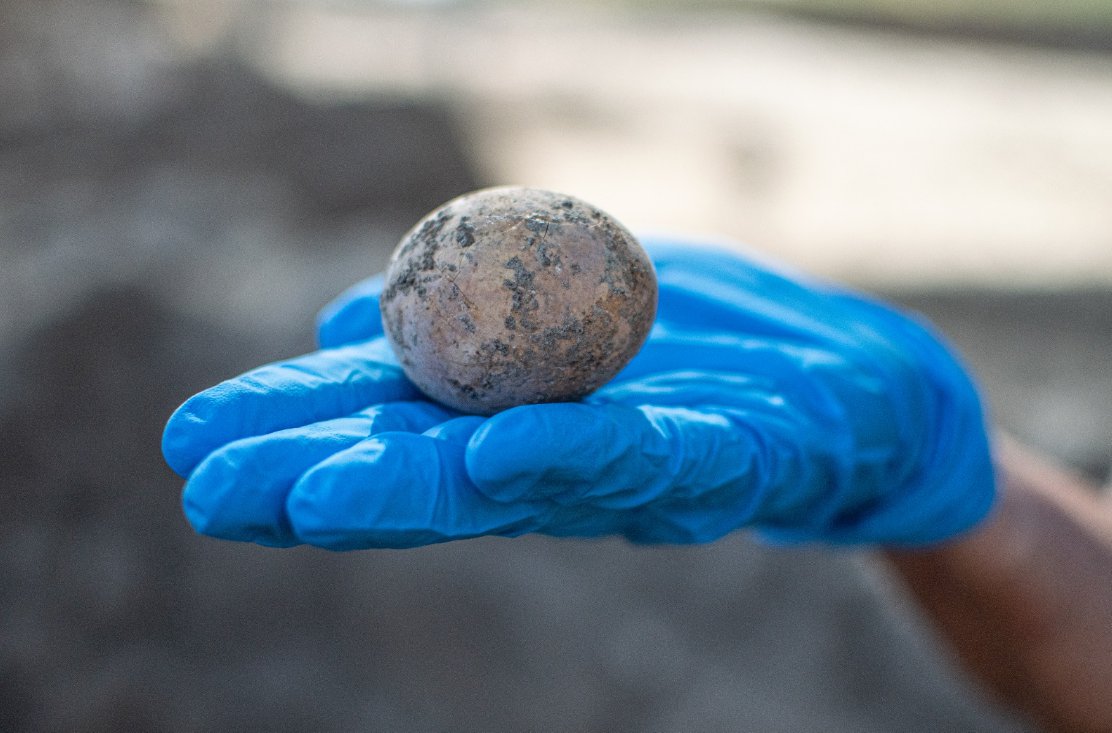 Archaeologists have found a 1000-old chicken egg preserved in poo in a cesspit.

The find, which took place during the dig in the town of Yavne, was announced by the Israel Antiquities Authority (IAA) on June 9.

Archaeologists began work ahead of the area’s development and swiftly came across an Islamic-era cesspit located within a site dating back to the Byzantine Period between the fourth and seventh centuries.

Inside the cesspit, they found the chicken egg, which was perfectly preserved, as it had been surrounded by human excrement.

The archaeologists involved in the dig said ancient ostrich eggs are sometimes found intact, due to their thicker shells, but it is rare to find an intact chicken egg dating back so many years.

Despite the egg’s remarkable integrity, a small crack found in the shell had caused the white to leak out of it.

However, part of the yolk was still present, which the authorities preserved for future tests.

According to the archaeologists, it is not clear how the chicken egg came to be in the cesspit, in which they also found three bone dolls also dating back an estimated 1,000 years.

The first evidence of chicken farming in the region was found at the Hellenistic site of Maresha, which dates back some 2,300 years.

The chickens of that era and their eggs were smaller than the ones we know today.

According to Israeli law, all new developments must be preceded by an archaeological dig to salvage any items of historical value, which was why the archaeologists were on the scene.