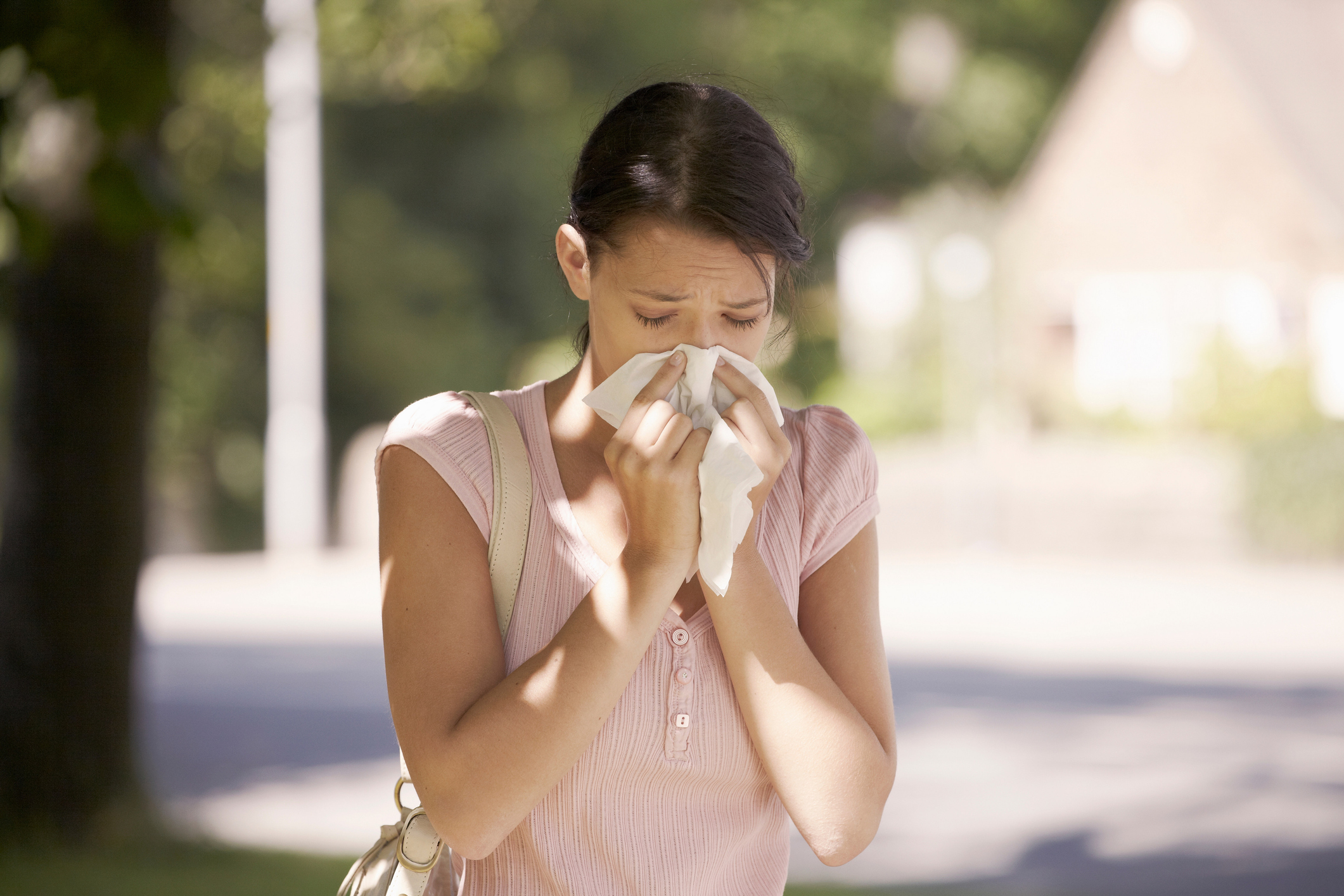 As summer arrives and the pollen count begins to rise, thousands of people brace for the onslaught of hay fever.

For those affected, it means weeks of pounding antihistamines and emptying bottles of nasal spray.

But some people reckon there may be another way to fight back against the hell of itchy eyes and runny noses.

A centuries-old Chinese practice known as acupressure is billed as helping to relieve the symptoms. By adding pressure to parts of the body such as the elbow, it pulls energy away from the head, nose, face, and throat clearing them of symptoms.

In the here and now, hay fever sufferers are snapping up acupressure bands on Amazon to help them cope.

One reviewer said of the £12.99 Qui-Chi pressure band: ‘I was shocked. My sneezing which was then causing the sniffling and runny nose and headaches people may be familiar with stopped, I would say the occasional sneeze but 95% stopped.’

Not everyone was sold on the idea, though.

‘Uncomfortable to wear, doesn’t do what it claims to do, no relief from hayfever symptoms whatsoever and definitely a waste of money,’ another reviewer wrote.

Of course, there are other natural remedies to stop the effects of hay fever.

He explains that histamine is by nature inflammatory, so adding plenty of anti-inflammatory spices into your diet could be helpful in alleviating nasal swelling.

We’ve rounded up a bunch of other helpful tips for dealing with the hell of hay fever that you can find here.