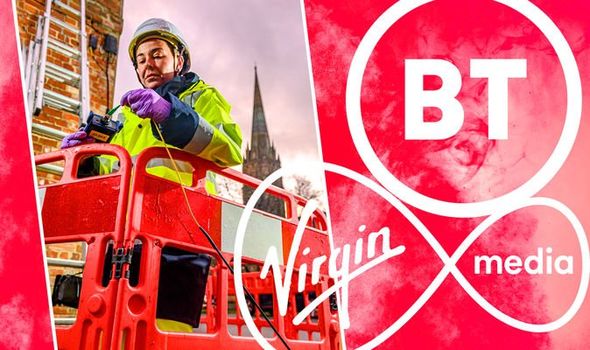 If your BT broadband speed starts to slowly creep up in the coming months and years, you might have to thank rival Virgin Media. That’s because the newly-merged Virgin Media O2 has hinted at plans to invest in BT’s ultrafast broadband rollout nationwide.

Virgin Media already has the most expansive gigabit-capable fibre broadband network in the UK, closing in on some 16 million homes by the end of this year. Meanwhile, BT is a little further behind with 4.6 million premises. However, the telecoms firm has some lofty ambitions – with plans to connect somewhere between 20 and 25 million homes to full-fibre connections capable of speeds of 1,000Mbps by the end of 2026.

To help it achieve that goal, BT is offering companies the chance to become co-investors in the plan. Vodafone has already opened talks with BT and when asked about whether Virgin Media O2 would help out their closest rival, CEO Lutz Schuler refused to rule it out.

Mr Schuler said Virgin Media O2 would “look at every opportunity” and would not “rule out anything” in response to BT’s ongoing calls for outside investors to help it upgrade miles of ageing copper cables that power the UK’s broadband networks – some of the slowest in Europe.

Lutz Schuler made the comments shortly after stating that – fresh from its merger being approved by UK regulators – Virgin Media O2 was now “fighting fit” to challenge BT and its mobile brand EE. The £31 billion merger between Virgin Media and O2 offers the fibre broadband and telly provider with access to its own 5G infrastructure for the first time (something it was forced to pay Vodafone for the privilege to piggyback on until now). Virgin Mobile customers will be shifted to the O2 network when the ongoing deal with Vodafone expires early next year, something CEO Schuler says will save the company a “huge amount of money”.

READ NEXT
Millions to enjoy broadband speed upgrade, no thanks to BT or Virgin 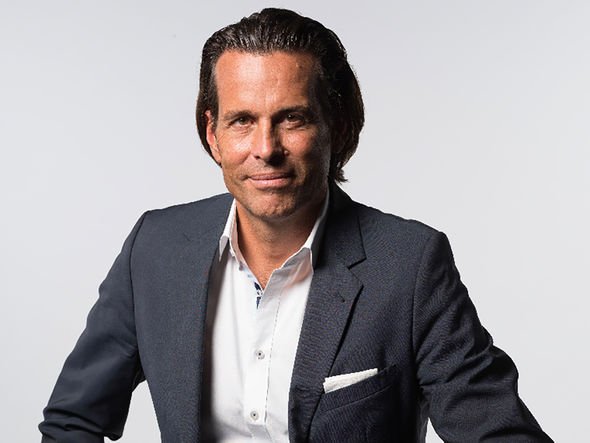 Meanwhile, O2 customers are likely to also benefit from bespoke deals on their home broadband as a perk of staying within the same firm.

Virgin Media O2 has already announced plans to invest £10 billion over the next five years to support the UK Government’s push to roll out superfast broadband to 85 percent of the country by 2025 (Prime Minister Boris Johnson watered down his original general election pledge to get 100 percent of the country connected with future-proofed fibre cables due to the costs). Should Virgin Media O2 hit its promise to reach 16 million homes this year, it will alone have completed two-thirds of the Government’s target already.

Quite why Virgin Media O2 would use some of its resources to help build infrastructure for its closest rival is unclear.

Virgin Media give a guide to 'finding love' during the pandemic

After all, Virgin Media O2 has seemingly expressed interest in using its vast network to offer wholesale access to rival broadband firms, exactly like BT-owned Openreach. Many companies, like TalkTalk and Sky, do not have their own broadband cables under streets – but instead pay to use Openreach’s network.

With more full-fibre connections ready and waiting, Virgin Media O2 could be a strong alternative for companies who want to offer their customers faster speeds. Sky is believed to be close to signing on the dotted line with Virgin Media O2 – ditching Openreach. While there have been rumours for a few years now, the move of former Virgin Media executive Dana Strong to the head of Sky seemed to seal the deal for most industry watchers.

“Of course we will talk to everybody,” Virgin Media O2 CEO Lutz Schuler told The Daily Telegraph. “My point of view is that in the end you will have two national fibre networks – we will be one of them. So there are five brands out there, only one is using our network, so three are definitely an opportunity.”