The Planetary Society outline how to make a pinhole projector

The Moon will pass directly in front of the Sun this Thursday, June 10, creating what is popularly known as a “Ring of Fire” eclipse. Unlike a total eclipse, which completely blots out the star, the Moon will appear a smidge smaller than the Sun. Consequently, a beautiful ring of fire will illuminate the Moon’s edges – a phenomenon officially known as an annular eclipse.

The Ring of Fire will only be visible to very select parts of northern Canada, Greenland and Northern Russia.

But many countries on either side of the eclipse’s path will still be treated to some partial eclipsing.

That means lucky viewers in parts of the US, the whole of the UK, and parts of Europe and Africa will get to see the Sun turn into a fiery crescent.

However, you should never look at an eclipse directly as the Sun’s rays can cause damage to your eyes – even when the Sun is shrouded. 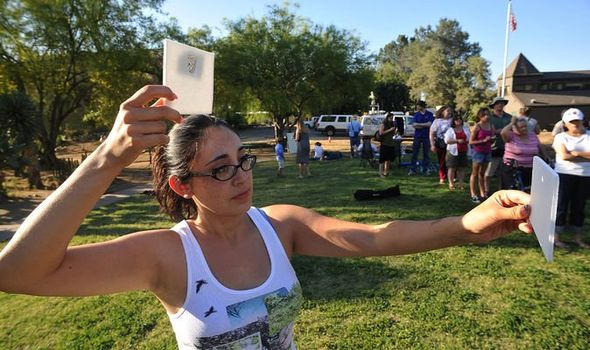 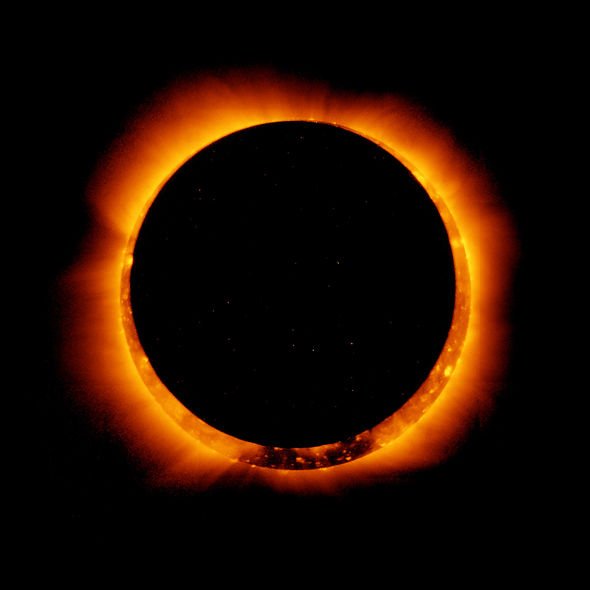 Astronomers advise purchasing a pair of ISO-certified eclipse glasses from a reputable vendor.

Eclipse glasses and eclipse visors will allow you to look at the Sun’s shrouded face without having to worry about your eyesight.

But if it’s too late to find a pair or you are not sure where to look, you can try assembling a pinhole projector with materials you already have at home.

The quick and simple DIY project will take no more than five minutes and will allow you to view the eclipse with your back turned to the Sun. 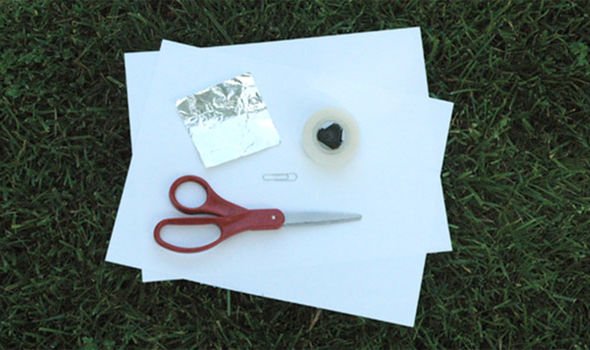 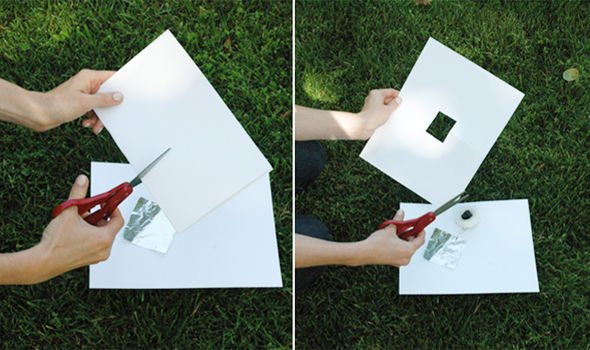 How to build a pinhole projector for the Ring of Fire eclipse:

Pinhole projectors or pinhole cameras are very simple devices that use a tiny hole (aperture) instead of a lens to project an inverted image of an object.

Pinhole cameras utilise the so-called camera obscura effect, which is a natural phenomenon.

The US space agency NASA has compiled a quick guide on how to make one of these devices at home. 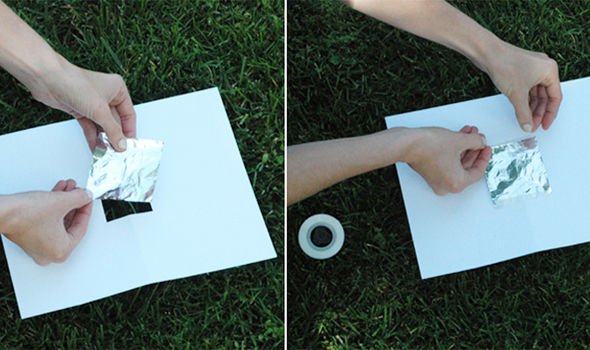 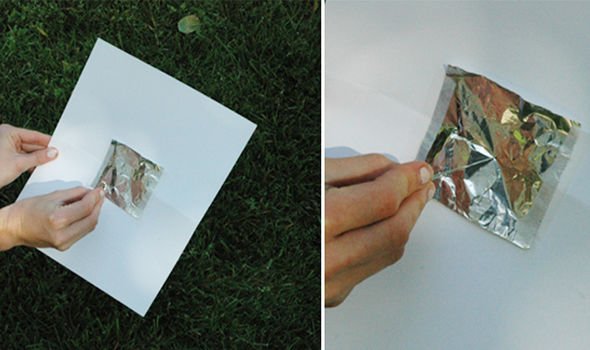 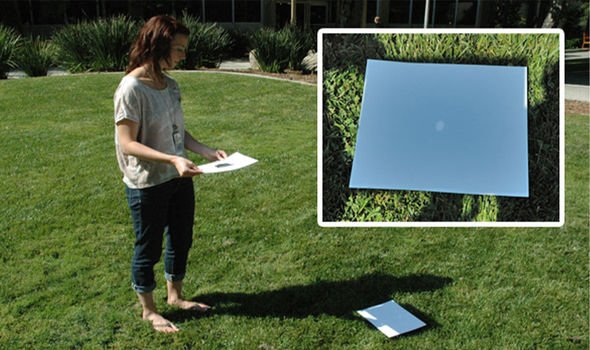 1. Grab your first sheet of paper or white cardboard and fold it in half so that you can cut a square hole right in the centre, along the fold.

2. Cut out a small piece of tin foil that is just slightly bigger than the hole you cut in the paper.

3. Using the sticky tape, attach the foil over the square hole.

4. Once the foil is secured to your paper, take your pin or paper clip and punch a small hole through the tin foil. This is the aperture or pinhole that will project the Sun’s image.

5. Place your second bit of paper on the ground and take a step back, with your pinhole projector in hand.

6. Aim the projector at the second sheet, with the bit of tinfoil facing upwards. You should see a bright spot appear on the ground – a projected image of the Sun!

NASA said: “The farther away you hold your camera, the bigger your projected image will be.

“To make your projection a bit more defined, try putting the bottom piece of card stock in a shadowed area while you hold the other piece in the sunlight.”

As the Moon moves across the Sun’s face, you should see the projected image shift.

You can also check out the embedded video above for an alternative design made out of a cereal box.