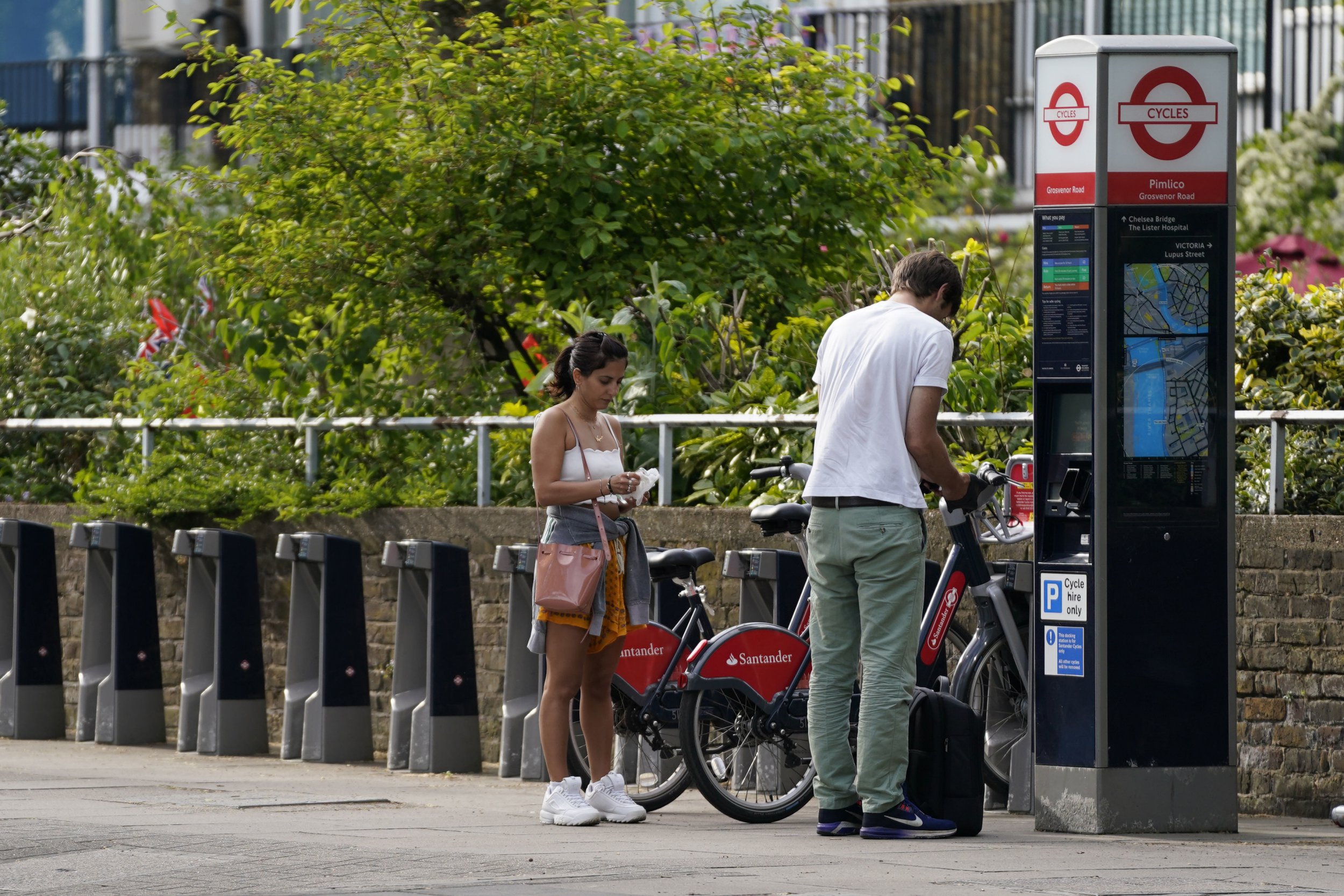 London’s fleet of Boris bikes will be getting an electric boost in time for summer 2022.

A three-year sponsorship deal was announced last week which will see 500 e-bikes added to the 14,000-strong bikes-for-hire across the capital.

The power-assisted bikes will be available next year as an encouragement to get more people riding around the city.

Anyone put off cycling by their age, fitness level or the distances involved will find peddling on an e-bike much easier.

‘Cycling has been a lifeline for many Londoners over the past year and I’m determined to make it even more accessible to help us rebuild as a cleaner and greener city,’ Sadiq Khan said last week.

‘Santander Cycle hire is key to this, so I’m delighted that TfL will be rolling out the scheme’s first e-bikes in summer next year and expanding it to cover new parts of our city thanks to Santander’s continued support.’

Santander has confirmed it will continue to sponsor the scheme for another three years when its inital seven-year £51,000,000 deal runs out next year.

A permanent discount for NHS workers will be introduced, and locations for the e-bike docking stations have yet to be determined.