Archaeologists in Texas, USA have discovered the remains of the oldest side-necked turtle in North America. The turtle, which has been named Pleurochayah appalachius, was well adapted for coastal living, and had large bony attachments to its upper arms.

The turtle was discovered at the Arlington Archosaur Site (AAS) of Texas.

The site sits on the remnants of an old river delta from the Late Cretaceous period (80 to 66 million years ago), which was believed to flow through Dallas-Fort Worth area.

Scientists have been using the dried-up river delta to unravel numerous fossilised remains over a number of years.

Archaeologists had previously discovered dinosaur and crocodilian fossils at the site. 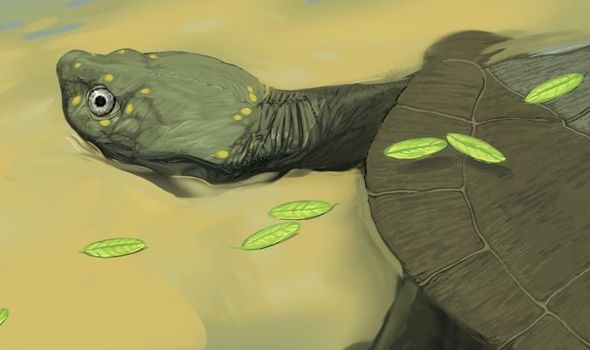 Now, they’ve made a brand new discovery, which could transform their understanding of hard-to-track reptiles.

The unearthed fossil belonged to an extinct lineage of pleurodiran turtle – a type of side-necked turtle.

Side-necked turtles withdrew their necks sideways into their shells when they’ve threatened.

The discovery hints that side-necked turtles migrated to North America around the Cenomanian age – between 100 and 94 million years ago.

The archaeologists, who reported their findings in Scientific Reports, uncovered a number of adaptations on the turtle.

These adaptations suggest that it was a coastal-dwelling species.

In particular, it had large bony attachments on its upper arms.

The attachments would provide powerful swimming strokes, and suggested the turtle would swim with a rowing style of movement, as opposed to the modern-day flapping motion. 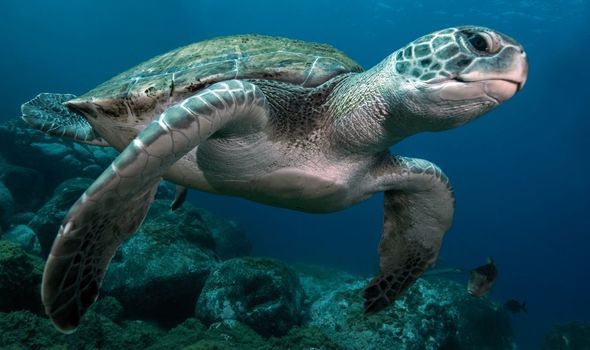 P.appalachius also had an unusually thick outer shell bone, when compared with its inner shell bone.

It would have given the turtle even more protection from predators, especially in the marine environment, the scientists said.

Lead author of the study, and senior research specialist at the Midwestern University College of Graduate studies, Brent Adrian, said: “This discovery provides the earliest evidence of side-necked turtles in North America.

“[It] expands our understanding of the first migrations of the extinct bothremydids [a type of extinct side-necked turtle].

“It further establishes the Arlington Archosaur Site as an important fossil unit that is revealing the foundations of an endemic Appalachian fauna.”

The AAS has been used by archaeologists since 2009, although the river delta was first discovered six years earlier.

Active excavations have been ongoing, almost continually, since then.

About 2,000 individual fossils have been discovered at the site, ranging from multiple species of both animals and plants.