The Serum Institute of India (SII), the world’s largest drugmaker, had agreed to supply COVAX with one quarter of the 2 billion vaccines it wanted to administer in 2021.

However, the SII suspended exports in March to focus on the domestic market, as India started to experience a devastating wave of COVID-19 cases.

COVAX is an alliance run by the Coalition for Epidemic Preparedness Innovations, Gavi, and the World Health Organization, with UNICEF providing vaccination services on the ground. 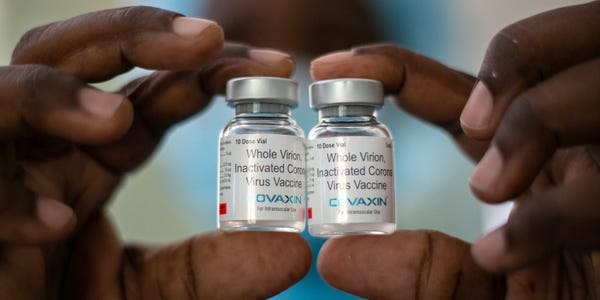 “Another 50 million doses are likely to be missed in June,” she said. “This, added to vaccine nationalism, limited production capacity and lack of funding, is why the roll-out of COVID vaccines is so behind schedule.”

Fore said that between the EU and the group of G7 nations, around 153 million vaccine doses could be found to replace the shortage if each country “gave 20% of their available supply over June, July, and August.”

Gian Gandhi, UNICEF’s COVAX coordinator for supply, told the BBC: “Unfortunately, we’re in a situation where we just don’t know when the next set of doses will materialise.”

“Our hope is, things will get back on track, but the situation in India is uncertain … and a huge concern,” he said.

Dr Richard Mihigo, the head of the WHO’s immunization and vaccine development programme in Africa, told the BBC that the continent is heavily reliant on Indian vaccine producers.

“We really do sympathize with the situation in India,” he said. “Most of our COVAX doses so far have come from India.

As of this spring, many wealthy countries around the world have vaccinated significant parts of their populations, while most of the world’s poorest nations have not yet administered a single dose.

Experts have called COVAX’s plan to vaccinate 20% of the populations of 92 countries by the end of 2021 as “the bare minimum.”