The next SpaceX Starship prototype will be sent into orbit, launching from Texas and making a ‘soft ocean landing’ off the coast of Hawaii, an FCC filing revealed.

The Elon Musk-owned space firm hasn’t confirmed when they will launch the prototype, but the filing revealed the flight will last about 90 minutes.

SpaceX has completed a number of tests on the 160ft tall rocket, which is about the size of a 16-story building, with the most recent, SN15, landing on the launch pad.

The next version will be bigger still, standing at 400ft tall thanks to the the Super Heavy booster that will lift the spaceship into orbit before separating and falling back to Earth, landing in the Gulf of Mexico 20 miles from shore. 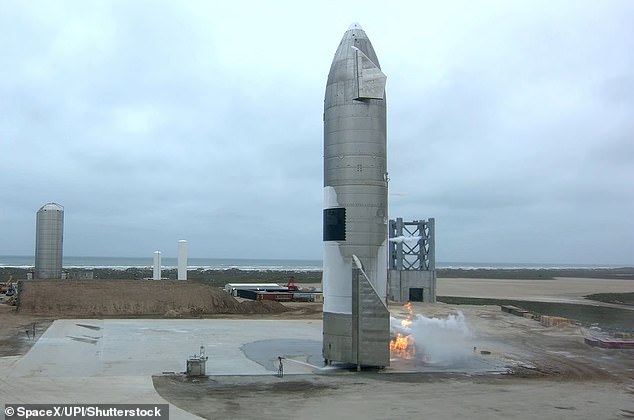 The next SpaceX Starship prototype will be sent into orbit, launching from Texas and making a ‘soft ocean landing’ off the coast of Hawaii, an FCC filing revealed. Pictured is SN15 after it made a safe landing on the pad May 5 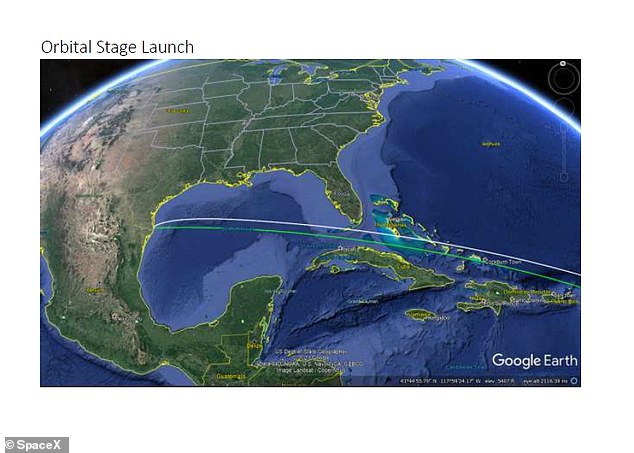 The orbital part of Starship, the portion tested so far, will perform a powered, targeted landing after achieving orbit, coming down 60 miles off the Hawaii coast. 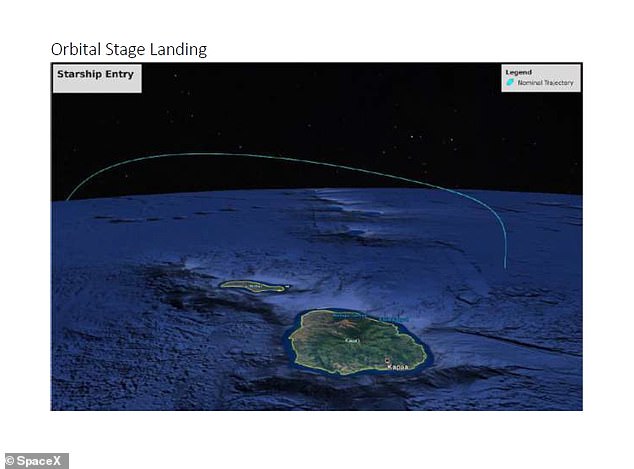 The orbital part of Starship, the portion tested so far, will perform a powered, targeted landing after achieving orbit, coming down 60 miles off the Hawaii coast

‘The Orbital Starship will continue on flying between the Florida Straits. It will achieve orbit until performing a powered, targeted landing approximately 100km (~62 miles) off the northwest coast of Kauai in a soft ocean landing.’

A year ago, Elon Musk announced to SpaceX employees that Starship progress was a top priority, with progress accelerating ‘dramatically and immediately.’

That resulted in a rapid increase in Starship prototypes being built, often with a new prototype ready before the previous one had even been tested. 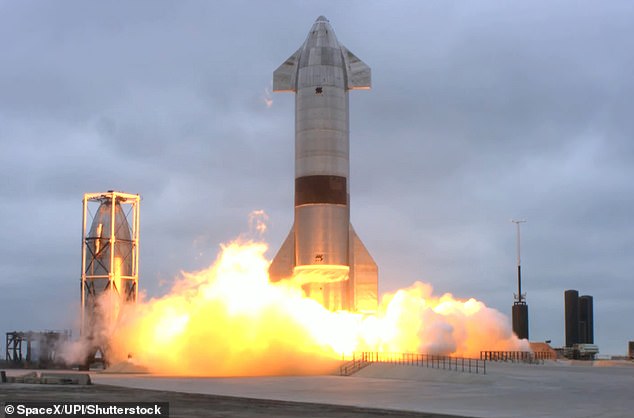 Operating from the Boca Chica launch centre in Texas, the test flights have ranged from static firing the engines, to launching up to six miles into the air and attempting to land back down on the launch pad at Boca Chica.

The first time SpaceX achieved a landing without blowing up was on May 5, when the SN15 rocket flew six miles up then returned safely to the landing pad.

The orbital flight would last just over 90 minutes and while the exact date hasn’t been confirmed, Musk has previously said he wants to reach orbit by July. 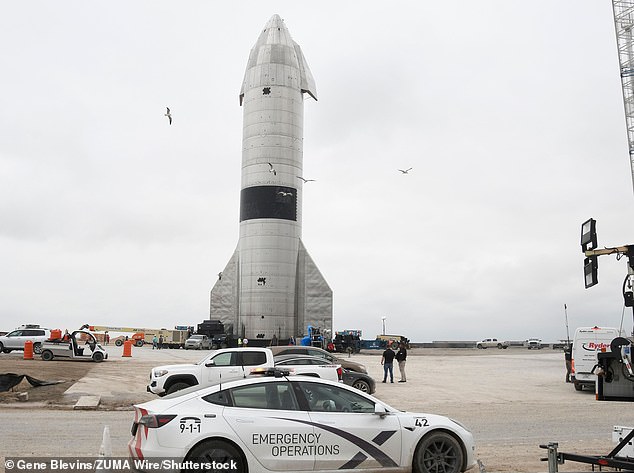 One of the first phases of this ambitious plan is to ensure Starship rockets are fully reusable – and re-flying SN15 (pictured) could be the start. Musk has calculated that to put one million humans on Mars by 2025, his Starship rockets would need to conducted around three flights a day

SpaceX is working with the FCC, US Air Force, NASA and the FAA for the flight to arrange the safest time to launch.

One of SpaceX’s key goals is to ensure that the Starship rockets are reusable.

Musk has calculated that to put one million humans on Mars by 2025, his Starship rockets would need to conducted around three flights a day and a total of 1,000 flights a year.

The BFR (Big F***ing Rocket), now known as Starship, will complete all missions and is smaller than the ones Musk announced in 2016.

The SpaceX CEO said the rocket would take its first trip to the red planet in 2022, carrying only cargo, followed by a manned mission in 2024 and claimed other SpaceX’s products would be ‘cannibalised’ to pay for it.

The rocket would be partially reusable and capable of flight directly from Earth to Mars.

Once built, Musk believes the rocket could be used for travel on Earth – saying that passengers would be able to get anywhere in under an hour.