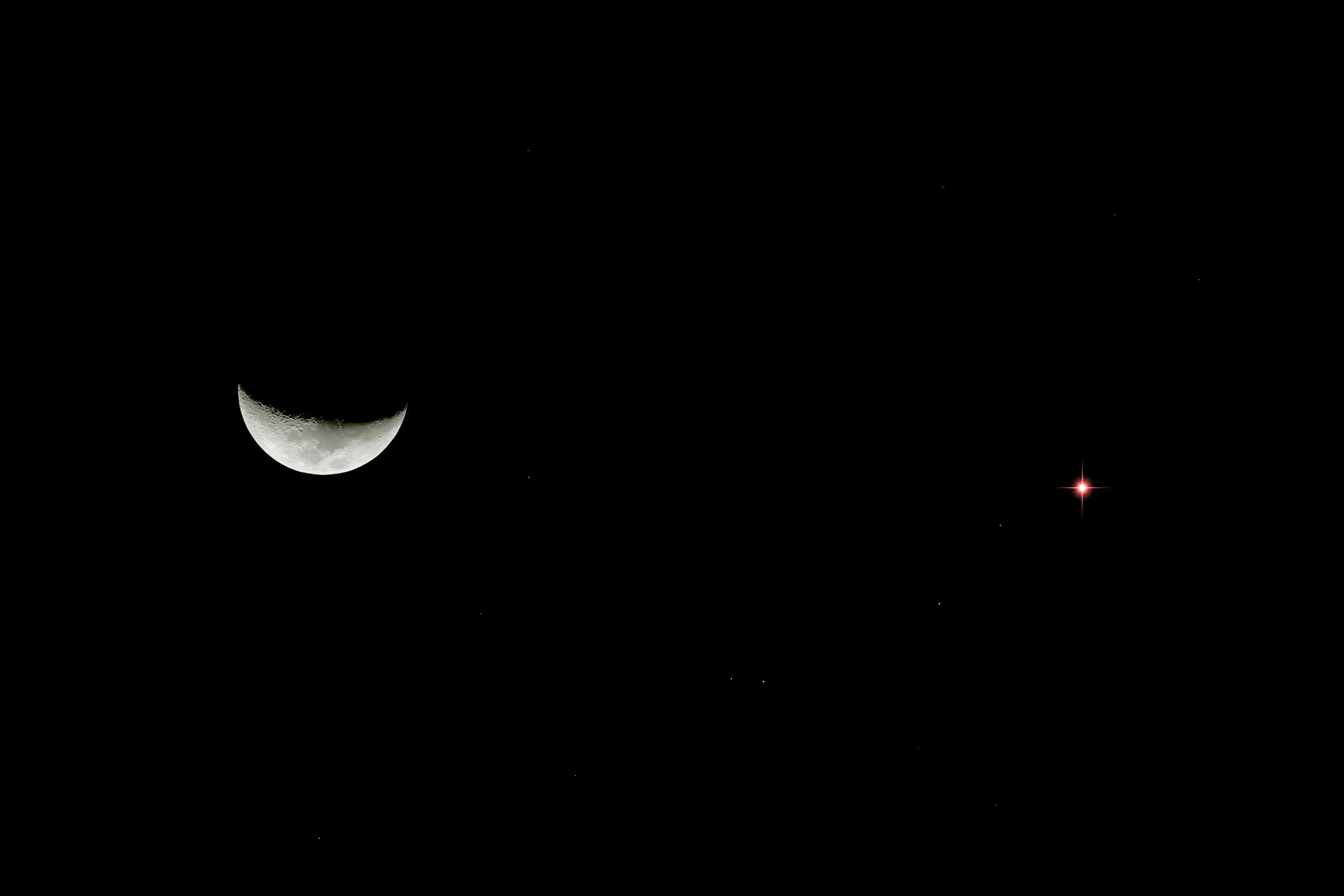 If you’re a fan of gazing up at the stars, this week will be a particular treat: the moon and Mars are the closest they’ve been in the night sky for quite some time.

While the two celestial bodies won’t be quite close enough to look at through one telescope viewfinder, you’ll be able to see both together in a pair of binoculars.

Stargazers in the US and UK will be able to spot the two objects in the early hours of Sunday morning, but they’ll first become visible on Saturday night – around 9pm, if you’re in London.

The coming together is known as a conjunction to astronomers, and will peak around 05:47 BST according to In-The-Sky.org, a popular stargazing site that uses public data from Nasa’s Jet Propulsion Laboratory (JPL).

How can I spot Mars and the Moon?

On Sunday morning, the crescent moon will be about two degrees south of Mars in the sky.

The safest way to find the Red Planet is to download a stargazing app, but failing that, look for a star that looks brighter than most of the others and has a slight red tinge to it – that will be Mars.

If you can’t force yourself out of bed at 5 in the morning, the two planets will be in the sky from around 21:13 the night before, moving towards the horizon as the night passes.

For stargazers in the UK, In-The-Sky reports: ‘From the south of England, the pair will become visible around 21:13 (BST) as the dusk sky fades, 29° above your western horizon,’

‘They will then sink towards the horizon, setting 3 hours and 56 minutes after the Sun at 00:45.’

If you’re not in London and further north, then those timings will be pushed forward by about half an hour.

If you know your astronomy, then the Moon will be at mag -10.6, and Mars at mag 1.7, both in the constellation Gemini.

While Moon and Mars conjunctions aren’t common, they do happen a few times a year, so don’t worry if you miss out on this particular astronomical event.

Mars is particularly bright at the moment after reaching ‘opposition’ in October of last year, which is when the planet is closest to Earth and most visible.