Debris from the Long March 5B booster, used to launch the first module of China’s new space station last month, is currently in orbit and expected to reenter the Earth’s atmosphere on Saturday, with authorities unsure where the impact will fall. At 18 tonnes it is one of the largest items in decades to have an undirected dive into the atmosphere.

How to track – live links

The US Space Command is updated its site, space-track.org regularly, though you will need to create an account to access the information.

The Aerospace Corporation is providing a useful graphic showing the rocket’s current location and updating possible trajectories as it moves on its reentry prediction page.

There are also numerous YouTube channels tracking the rocket’s trajectory. Here is one embedded in this story: 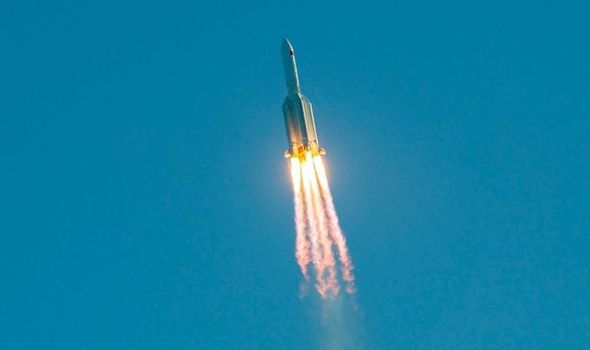 What time is reentry expected?

Various space debris modelling experts are pointing to late Saturday or early Sunday (GMT) as the likely moment of re-entry.

However, such projections are always highly uncertain.

Originally injected into an elliptical orbit approximately 160km by 375km above Earth’s surface on April 29, the Long March-5b core stage has been losing height ever since. 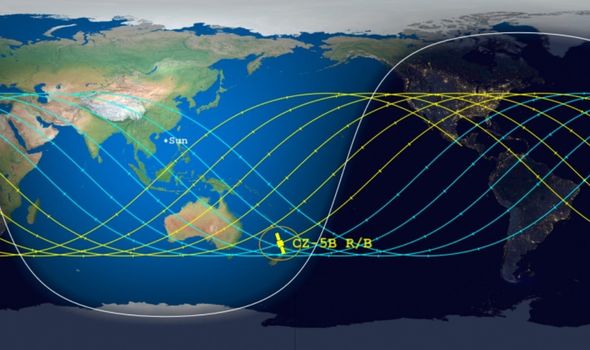 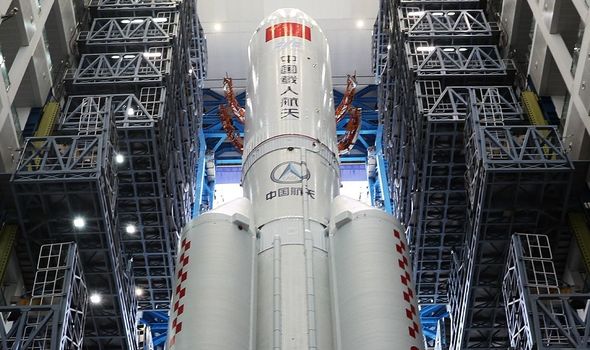 Just how quickly the core’s orbit will continue to decay will depend on the density of air it encounters at altitude and the amount of drag this produces.

Most of the debris should burn up when it reenters Earth’s atmosphere, but experts are saying there is a real chance of resistant materials surviving to the surface.

Authorities said they are hopeful the rocket will land in the ocean.

The US said it was watching the path of the object closely but have no immediate plans to shoot it down.

US Defense Secretary Lloyd Austin said: “We’re hopeful that it will land in a place where it won’t harm anyone.

The Chinese government has downplayed the severity of the incident, saying it is unlikely to land on populated areas or a plane in the sky.

Foreign ministry spokesman, Wang Wenbin, said on Friday: “The probability of causing harm to aviation activities or on the ground is extremely low.”

Commentary in the country’s media has described Western reports about the potential hazards involved as “hype” and predicted the debris will likely fall somewhere in international waters. 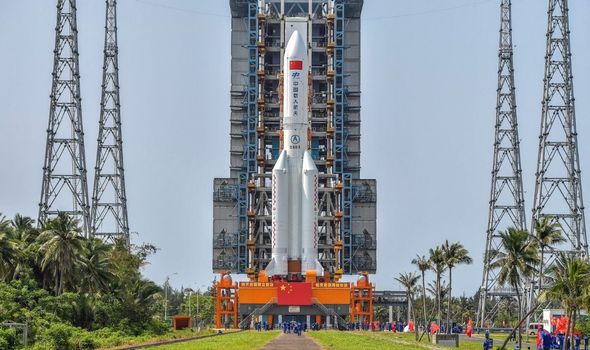 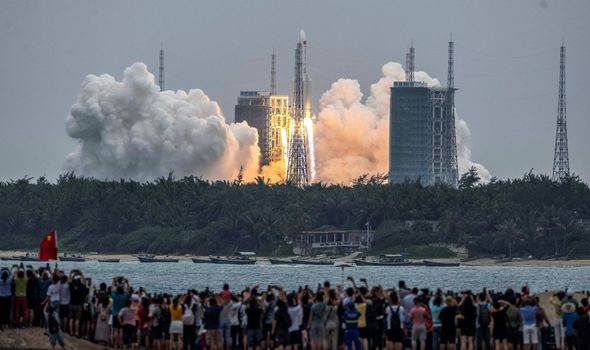 However, Jonathan McDowell from the Harvard-Smithsonian Center for Astrophysics in the US said it was seen as “negligence” on behalf of the Chinese.

He said: “This is the second launch of this rocket; the debris in Ivory Coast last year was from the previous launch, ie a basically identical rocket.

“These two incidents [the one now and the Ivory Coast one] are the two largest objects deliberately left to re-enter uncontrolled since Skylab in 1979.”