That’s because a 22.5-ton cylinder is hurtling around the planet uncontrolled, losing altitude with each lap. It’s the body of China’s Long March 5B rocket, which launched the first module of the country’s new space station last week.

The rocket body is expected to fall to Earth sometime this weekend, most likely on Saturday. That’s according to projections from the US Space Force, Russia’s space agency, and The Aerospace Corporation, a nonprofit research firm that receives US funding. 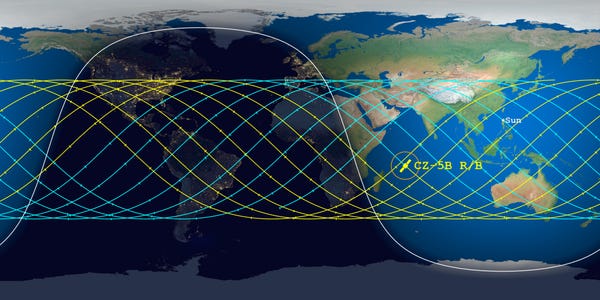 As the rocket stage falls through Earth’s atmosphere, friction will heat the surrounding air to roughly 3,000 degrees Fahrenheit. The rocket will likely fall apart in this heat, and parts of it may burn up, but other pieces may survive.

Experts estimate that more than 5 metric tons — 11,000 pounds — of rocket parts will rain down somewhere on Earth. That might include fuel tanks, thrusters, large parts of the rocket’s engines, and bits of metal and insulation.

Most likely, all of that debris will land in the ocean.

“The risk that there will be some damage or that it would hit someone is pretty small — not negligible, it could happen — but the risk that it will hit you is incredibly tiny. And so I would not lose one second of sleep over this on a personal threat basis,” Jonathan McDowell, an astronomer who tracks objects orbiting Earth, told CNN.

Still, this is an “unusual situation,” Logsdon said, and China might have some explaining to do. 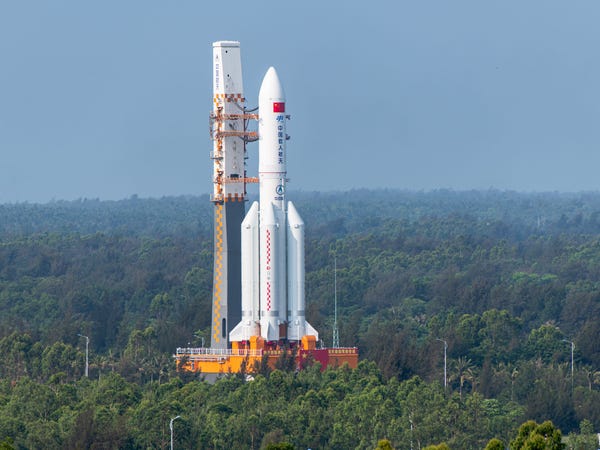 Normally after a launch, rockets are programmed to immediately push themselves into the atmosphere and fall back to Earth over remote ocean areas like the South Pacific — a process called “controlled reentry.”

China’s older rockets follow this practice. But two days after the Long March 5B launched, observers on Earth realized that its upper stage was circling the planet and slowly losing altitude. Unlike most modern rocket stages, it had fallen into an unstable orbit. Experts aren’t sure whether this was an accident or simply how the rocket was designed. Chinese authorities have not offered an explanation.

“Rockets get launched all the time, and very seldom is there concern about reentry,” Logsdon said. “So yeah, I’m a little confused as to why this is happening. Is it just willful disregard of the international guidelines? Or because it’s a new vehicle, it wasn’t properly designed so it could do a controlled reentry? Whatever. It’s unfortunate that it puts a lot of people at risk.”

This particular rocket has launched once before, with the same outcome. China first launched the Long March 5B in May 2020, in a test that put a spaceship prototype into orbit. That rocket’s core stage also fell to Earth uncontrolled, six days after launch. It reentered Earth’s atmosphere over the Atlantic Ocean, according to the US Space Force’s 18th Space Control Squadron. Some local reports indicated that bits of the rocket fell in Côte d’Ivoire.

Experts can only estimate how much of the rocket body will slam into the Earth. A rule of thumb is that 20% to 40% of a large object’s mass will survive its fall through the atmosphere. In this case, that means 5 to 9 metric tons would reach the ground.

“This stage and its predecessor last May are the sixth- and seventh-largest objects to ever reenter,” Ted Muelhaupt, who oversees The Aerospace Corporation’s space-debris analysis, told Insider.

“The probability that a piece of space debris will land on a city or a densely populated area is usually relatively small,” he added. “But note that this reentry will occur between 41.5 degrees North and 41.5 degrees South latitudes, where the vast bulk of the world’s population lives.” 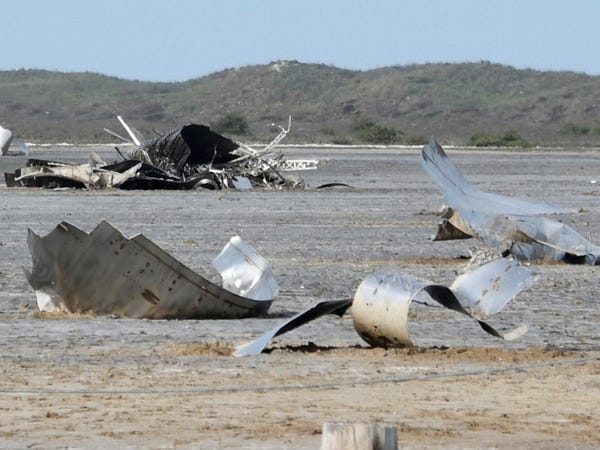 If any rocket parts land on people or their property, China could be on the hook for the damage. Under the 1972 Space Liability Convention treaty, the launching nation is liable for its rockets and any damage they cause.

“I hesitate to use the word irresponsible,” Logsdon said. “I would like a clearer understanding from the Chinese side of why this is happening.”

But he added, “I think at a minimum, China owes the international community an explanation.” 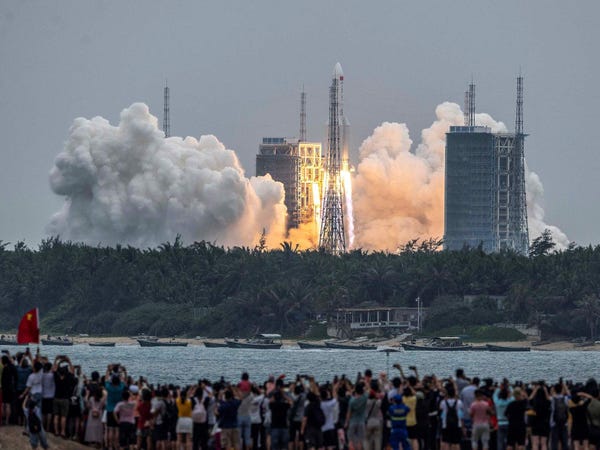 China’s plans to build its new space station involve 11 launches by the end of 2022, two of which will use Long March 5B rockets. The vehicle is specifically designed to put space-station modules into orbit, according to Andrew Jones, a journalist covering Chinese space programs.

It’s not yet clear how China’s space agencies will dispose of the next two Long March 5B rocket bodies. Designing a rocket stage so that it makes a controlled reentry after launch can be more expensive, according to Muelhaupt — it may require significantly altering the design or even cutting how much cargo the rocket can carry.

“Nevertheless, this is a best practice and is rapidly becoming a global norm,” he said.

“One would hope that if indeed there is, as predicted, pieces that survive reentry, that there would be changes made in the Long March 5B for the next two launches,” he said. “We’ll see.”