During a close flyby of the planet Venus on July 11, 2020, NASA’s Parker Solar Probe detected something odd.

As it dipped just 517 miles above the Venusian surface, the probe’s instruments recorded a low-frequency radio signal — a telltale sign that Parker had skimmed through the ionosphere, a layer of the planet’s upper atmosphere.

This was the first time an instrument had been able to directly record measurements of Venus’ upper atmosphere in nearly three decades, and the data gives us a new understanding of how Venus changes in response to cyclic changes in the sun.

“I was just so excited to have new data from Venus,” Glyn Collinson, an astronomer at NASA’s Goddard Space Flight Center, said in a press release. 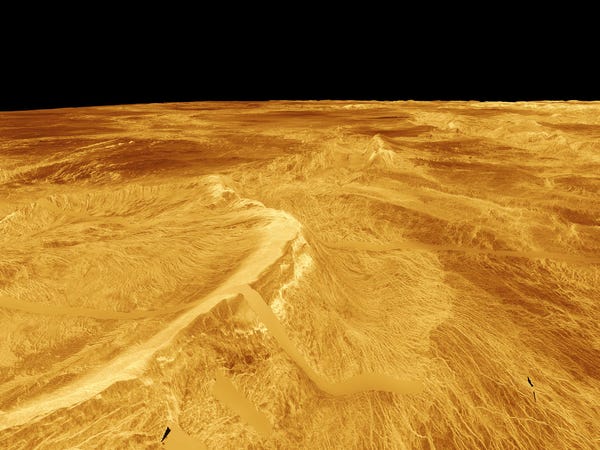 Venus is similar to Earth in size and composition, yet crucially different: It’s a toxic, scorching hot hell-world that is likely completely inhospitable to life as we know it.

How the two planets could have developed into such radically different beasts is of profound interest to planetary scientists and astrobiologists searching for other habitable worlds in the galaxy.

Yet missions to explore Venus have been relatively few. There’s not much point sending landers; they can’t survive the planet’s 864-degree-Fahrenheit (462-degree-Celsius) surface.

Sending orbiting probes is also considered problematic due to the incredibly thick atmosphere of carbon dioxide and sulfuric acid rain clouds that make it hard to tell what’s happening on the surface.

For these reasons, Venus hasn’t been a popular target for dedicated missions in some time (Japan’s Akatsuki orbiter being the recent exception), and a lot of our recent data has come piecemeal, from instruments with other primary objectives, like the Parker Solar Probe.

As the Parker probe conducts its mission to study the sun in close detail, it’s been using Venus for gravity assist maneuvers — slingshotting around the planet to alter its velocity and trajectory. It was on one of these gravity assist flybys that the probe’s instruments recorded a radio signal.

Collinson, who has worked on other planetary missions, noted an odd familiarity that he couldn’t quite place in the shape of the signal.

It was the same kind of signal recorded by NASA’s Galileo probe when the space skimmed through the ionospheres of Jupiter’s moons. The ionosphere is a layer of atmosphere where solar radiation ionizes atoms, resulting in a charged plasma that produces low-frequency radio emission that scientists can detect.

Once the researchers realized the signal was ionospheric plasma, they were able to use the signal to calculate the density of the Venusian ionosphere, and compare that density to similar measurements taken in 1992. Fascinatingly, the ionosphere was an order of magnitude thinner in 2020 than it was in 1992.

The sun wreaks havoc on Venus

The team believes that thinning has something to do with solar cycles. Every 11 years, the sun’s magnetic poles swap places: south becomes north and north becomes south. It’s not clear what drives these cycles, but we do know that the poles switch when the magnetic field is at its weakest.

When the sun’s magnetic field is weak, there’s fewer instances of sunspots, solar flares, and coronal mass ejections — when the sun releases plasma and bits of its magnetic field into space. This period of minimal activity is aptly called the solar minimum.

Once the poles have switched, the magnetic field strengthens, and solar activity increases to a maximum before subsiding again for the next polar switch. 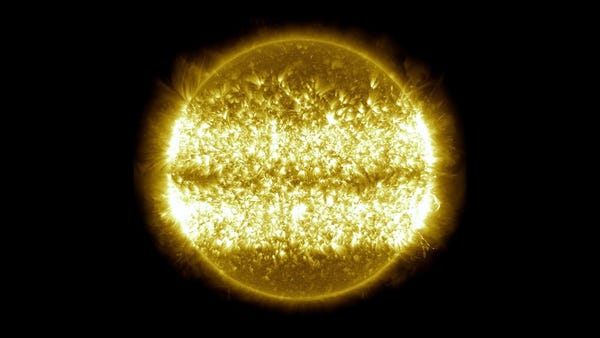 Measurements of Venus from Earth suggested that Venus’ ionosphere was changing in sync with the solar cycles, growing thicker at solar maximum and thinner at solar minimum. But without direct measurements, it was difficult to confirm — until the Parker probe’s recent flyby.

“When multiple missions are confirming the same result, one after the other, that gives you a lot of confidence that the thinning is real,” Robin Ramstad, an astronomer from the University of Colorado, Boulder, said in the release.

Exactly why the solar cycle has this effect on Venus’ ionosphere is unclear, but there are two leading theories.

Neither of these mechanisms could be ruled out by the data collected by the new Parker probe, but Collinson’s team hopes that more observations and future missions to Venus might be able to clarify what’s going on.