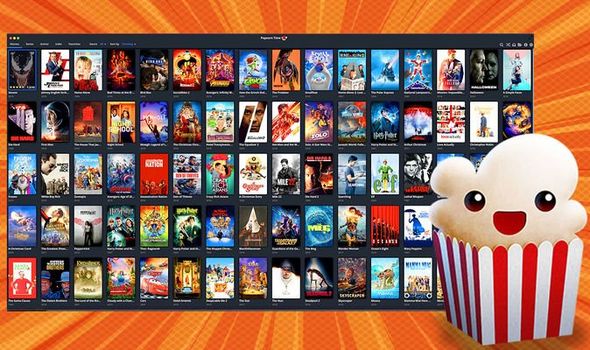 Notorious ‘free Netflix’ streaming service Popcorn Time is planning a comeback …again. The pirate tool has had a rough time since its launch back in early 2014, Shuttered by the Motion Picture Association of America (MPAA) within a year, a number of clones of the original service have limped on. Some of these have even added features to the service, while most have simply tried to avoid being shut down by the authorises. But now, the original creators of Popcorn Time planning to resurrect their controversial pirate tool.

Popcorn Time advertises itself as a ‘Netflix for pirates’. Modelled on the hugely-successful streaming service, which costs £5.99 a month, Popcorn Time packs a library of films and television shows to stream. Like Netflix, Popcorn Time was available in your web browser as well as mobile apps for iOS and Android.

Of course, unlike Netflix, using Popcorn Time was highly illegal as viewers didn’t have the permission of rights holders to watch any of the content they accessed for free. Not only does this carry some pretty hefty fines – and even a potential prison sentence in the UK, but it also starves your favourite movies and shows from official viewing figures and revenue. That makes it more likely that parent companies will cancel your favourite boxsets or movie franchises without hope of further episodes or a sequel.

Speaking exclusively to Torrent Freak, a blog that specialises in torrent and streaming, one of the original creators of Popcorn Time announced a comeback was in the works. According to the team member, some “internal” issues led to the loss of the Cloudflare account that hosted Popcorn Time.

MORE LIKE THIS
DHL, Hermes and other parcel delivery text scams are on the rise

Unfortunately, the team member hasn’t shared any details about what the comeback will entail. While it’s possible that it seems means Popcorn Time will return in the same form we’ve seen before, that seems likely. As mentioned above, a number of clones – also known as “forks” – have sprung-up over the years. These are pretty much identical replicas.

To warrant dragging themselves out of retirement and creating something new, the team behind the 2014 original Popcorn Time surely have plans to evolve the streaming platform.

While there are plenty of competing services for pirates, Popcorn Time gained popularity due to its polished interface which looks much closer to an official video on-demand service than the often sketchy piracy websites that requires users to click through a slew of links or downloads.

By comparison, Popcorn Time has an elaborate menu, large high-resolution images for every show or movie.

Behind the scenes, the service still relies on the same BitTorrent technology as The Pirate Bay and other torrent-based websites. But instead of downloading the file to your computer, it is streamed to your device instead. This means there’s less technical know-how than other popular torrent websites, which require users to download a standalone torrent manager, like uTorrent, to start downloads.

In the UK and a number of other countries around the world, Internet Service Providers (ISPs) like BT, Sky, Virgin Media and others automatically block access to torrent websites designed to enable access to free movies and TV shows, including The Pirate Bay, KickAss Torrents, and more. Since Popcorn Time relies on the same technology to power its streaming service, it is also blocked automatically in a number of territories worldwide.

Apple also banned the app from its App Store, which is the only (official) way to install software onto its iPhone and iPad.

It’s important to remember that torrents themselves aren’t illegal – these small files are simply a way of downloading content from a network of users across the world who already have the file and are willing to share. Torrents are the map that plans out which bytes you’ll be able to download from each person in the network.

If you’re sharing your own photo collection on torrents: that’s fine since you own the copyright. However, peer-to-peer networks and torrents have become synonymous with downloading copyright-protected material, including television shows from paid-for networks, like Sky Atlantic or Netflix, as well as Hollywood blockbusters.

Kieron Sharp, CEO of FACT said “During these exceptional circumstances, it is completely understandable that the demand for content will increase. However, it is essential to remember that the only legal way of watching content is through the official providers. If you are accessing content in any way that does not remunerate the content provider, this is not a grey area: it is illegal.

“There is now more choice than ever for consumers and we encourage everyone to watch only via official providers as this does not only guarantee the best quality viewing, it guarantees that you’re not putting yourself and your family at risk of malware, inappropriate content and electrical safety risks. FACT will continue to monitor and will work with members and industry to crackdown on illegal activity.”