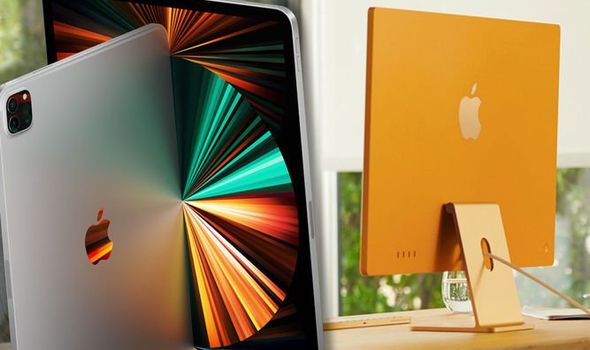 You might not officially get the new iPad or iMac until later next month but Apple is now letting you pre-order one. From today, these new gadgets, which were announced last week at the firm’s “Spring Loaded” event, will be available to pop in your online Apple Store shopping basket. So, if you are excited to get your hands on the iMac or iPad Pro then here’s all you need to know including UK price and specs.

The iconic iMac has finally received the overhaul that we’ve all been waiting for. This all-new desktop PC arrives with a fully rebooted design, fresh Apple-made M1 brains under the bonnet and a clever keyboard that now features Apple’s Touch ID fingerprint scanner which will unlock the screen without needing a password.

Like the original iMac that was launched back in 1998, this 2021 machine comes in seven fruity colours – green, yellow, orange, pink, purple,

The new-look also extends to the screen, with the updated 4.5K Retina 24-inch display reducing the bezels and now pushing closer to the edge of the case, meaning you get more space for your emails and nightly Netflix binge.

When watching content, the screen is packed with 1.3million pixels and more than a billion colours. Plus your eyes will be treated to 500 nits of brightness, meaning the sun blasting into your room shouldn’t ruin the experience. 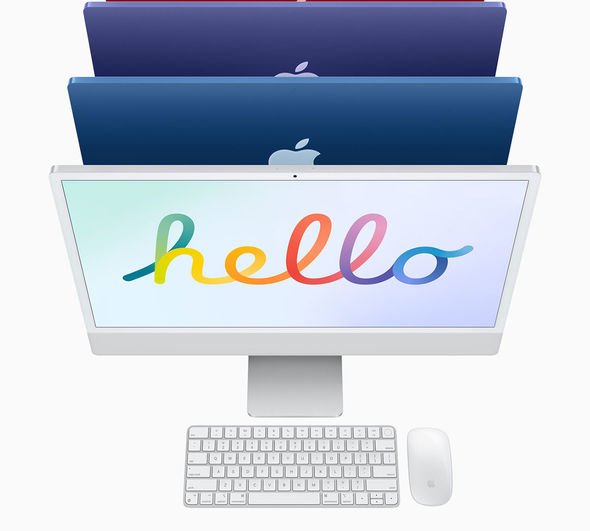 Apple is making a big noise about the slim look of its iMac and also its power.

With the M1 processor tucked inside we can expect to see up to 85% faster CPU performance and up to 2x faster GPU performance for apps like Affinity Photo and Photoshop.

To boost the experience of using the iMac further are six Dolby Atmos-powered speakers, studio mics for improved voice recording and a much better 1080p Face ID camera, which should help boost those all-important Zoom calls.

On the rear case are two Thunderbolt ports for superfast data transfers, giving customers high-performance options to connect to more devices, including support for up to a 6K display.

Finally, there’s an update to the keyboard with some options now coming with Touch ID fingerprint technology for an easy way to unlock the iMac and make purchases online. 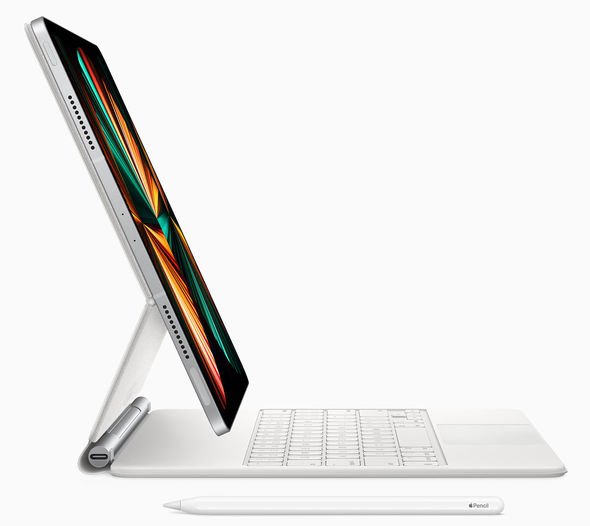 The latest iPad pro is powered by the same custom-designed Apple M1 processor that drives the latest MacBook Air, MacBook Pro and iMac. According to Apple, that should unlock some serious performance in the most memory-hungry applications.

Along with that supreme power, the larger 12.9-inch model is getting a new screen that’s as good as your OLED TV.

Apple has turned to Mini-leD displays to make your content brighter, richer and packed with more detail than ever before. The US firm says the new screen will be able to render HDR photos and video in more “true to life” detail.

Another major boost coming to this device is compatibility with 5G, which means owners will be able to download movies on the move at speeds that will make their home broadband look frustratingly slow.

As well as its speedier guts, the upgraded iPad Pro also boasts an ultra-wide front-facing camera.

When you’re making a video call, ipadOS will intelligently shift between the wide and ultra-wide cameras to keep you in frame – even as you’re rushing around the kitchen to make dinner while taking part in the monthly family quiz on Zoom.

Finally, Apple has boosted the USB-C port, making it faster to transfer files.