Unravelling the mystery of the mummified bishop buried with a foetus: Body of 17th century church leader Peder Winstrup was concealed with his GRANDSON hidden at his feet, new analysis reveals

Bishop Peder Winstrup was a prominent Lutheran church member in 17th century Scandinavia and was buried in 1679 in a crypt at Lund Cathedral, Sweden.

Previous analysis found this man of God was buried with a human foetus wrapped in cloth and concealed betwixt his calves, and researchers have been toiling to solve the riddle of this baby’s identity for more than five years.

Now, DNA analysis reveals the child was most likely the bishop’s stillborn grandson who probably died following a miscarriage around six months into pregnancy. 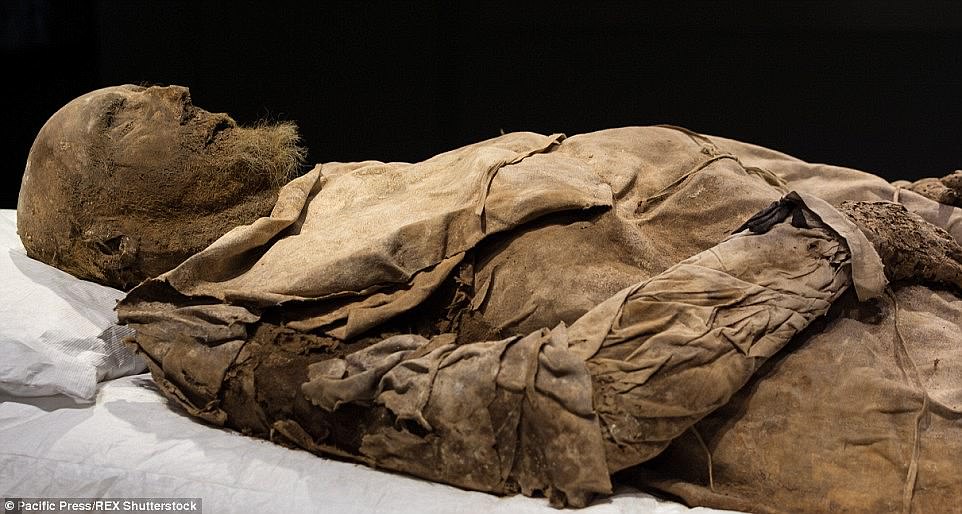 Previous analysis of the 17th century bishop this man of God was buried with the remains of a human foetus wrapped in cloth and concealed betwixt his calves (pictured), and researchers have been toiling to solve the riddle for more than five years

He was the Bishop of Lund in Scania when it was under the control of both the Danish empire and the kingdom of Sweden.

He was a leading theologian at the time and is credited with having persuaded the king of Sweden to open a new university in Lund.

His body was not embalmed, but instead was dried out in the dry cold climate in his crypt in the cathedral in Lund.

It is thought plants placed in the coffin, the lack of fat on the body after a long period of illness and the burial taking place in the winter months helped preserve the body.

The extent of the preservation was revealed using CT scanners at Lund University hospital, which showed individual internal organs could be distinguished still inside the body.

Researchers took genetic samples from both the bishop and the foetus and found the child was a boy and the two individuals shared 25 per cent of their genetic material, a second-degree kinship.

Scientists led by Lund University found the baby had a different mitochondrial DNA lineage to the bishop, which proves they are not of the same maternal ancestry and therefore the child is related to the bishop on its his father’s side.

As a second-degree relative bishop Winstrup could have been the foetus’s uncle, grandparent, half brother or a double cousin.

But the researchers analysed the family tree of the prominent bishop and believe the most likely explanation is that the foetus is his son’s son.

‘Archaeogenetics can contribute to the understanding of kinship relations between buried individuals, and in this case more specifically between Winstrup and the foetus’, says Maja Krzewinska at the Center for Paleogenetics at Stockholm University, who was involved in the analysis.

‘It is possible that the stillborn baby boy was Peder Pedersen Winstrup’s son, and therefore the bishop was his grandfather.’

Bishop Winstrup has been studied by scientists due to his exceptional state of preservation, but the enigma of the foetus interred with him has baffled academics.

Torbjörn Ahlström, professor of historical osteology at Lund University, and one of the leading researchers behind the study, says the burial of adults with small children was not uncommon at the time.

‘The foetus may have been placed in the coffin after the funeral, when it was in a vaulted tomb in Lund Cathedral and therefore accessible,’ he says.

Bishop Winstrup was one of the most influential church leaders in Europe during his lifespan, torn between the struggle between Sweden and Denmark at the time.

He was the Bishop of Lund in Scania when it was under the control of both the Danish empire and later the kingdom of Sweden.

He was also a leading theologian and is credited with having persuaded the king of Sweden to open a new university in Lund.

His body was not embalmed, but dried out in the dry cold climate in his crypt in the cathedral in Lund.

Experts found he was clothed in a burial costume of a cap and black velvet sleeves, linen embroidered shirts and leather gloves.

He had been laid on a mattress and pillow filled with plants including lavender, juniper berries, hops and hyssops.

The researchers discovered that rather than being removed, the bishop’s internal organs were left intact.

The body was first found to be in an unusually well preserved state when, in 1833, his burial vault was partly demolished, allowing a portrait to be made.

His body was then sealed back up in the cathedral and the only other glimpse of the body occurred when archaeologists opened his coffin in 1923.

However, in 2013, the Cathedral Parish was granted permission to remove the coffin of Bishop Winstrup and bury him at the Northern Cemetery.

The 17th century Swede was subsequently excavated and analysed for 15 months before being put on display for one day ahead of his eventual reinterment in the cathedral grounds.

Scans of the bearded Lutheran churchman’s skeleton suggest he suffered a long illness and was probably bed ridden at the time of his death.

According to staff at the Lund University Historical Museum, the bishop’s remains attracted record crowds when on display for one day in December 2015, with more than 3,000 people queueing into the night to get a glimpse of his body.

The museum was forced to extend its opening hours until 10pm to ensure everyone could see the mummified remains.

His coffin was then resealed and put back in the ground with a full Lutheran Christian funeral service. 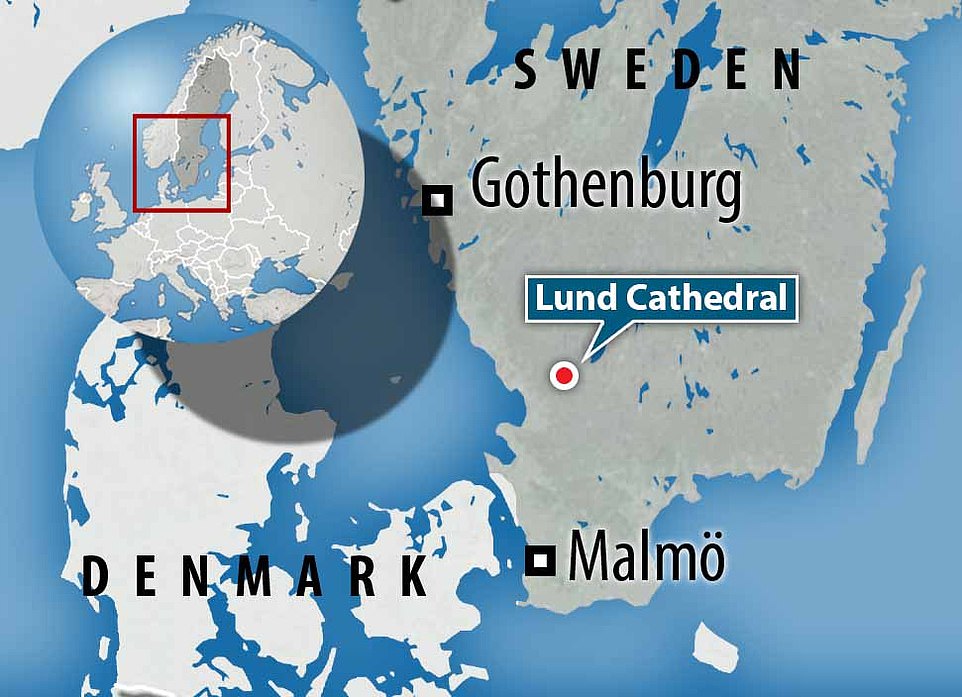 BISHOP PEDER WINSTRUP’S DARK SECRET – A BABY AT HIS FEET

Scans of the body of Peder Winstrup, Bishop of Lund, revealed the churchman was not alone when he was buried, after the remains of a young foetus were found concealed at his feet.

Experts were left baffled as to who the child may have been but recently found out he is a male and a second-degree relation, most likely his grandson.

It was previously speculated the tiny body could have been hidden in the Lutheran bishop’s coffin by a member of his staff hoping to rid themselves of an embarrassing secret,but this theory has now been abandoned.

Instead, it is thought the baby was stillborn around six months into a pregnancy and interred with his father’s dad, the well-respected bishop.

Researchers conducted CT and x-ray scans of the bishop’s body to find out more about how he died and how his body had been preserved.

Scientists said the foetus found in the coffin had only been in gestation for around five months and so may have been the result of a miscarriage.

Per Karsten, director of Lund University Historical Museum, said in 2015: ‘One of the main discoveries when we conducted the CT scanning is that Mr Winstrup is not alone in the coffin.

‘Actually he has a companion. There is a small child – a foetus of a human child. It has been deliberately concealed under his feet at the bottom of the coffin. Maybe there is a connection between Winstrup and this child.’

The analysis has now been completed and stands up Karsten’s theory.