Tesco.com is swapping regular grocery items for tech devices, including phones and wearables, as part of a new promotion to entice online customers.

Customers who place orders online for any of 10 items from Wednesday (April 7) until April 18 will be in with a chance of winning ‘super substitutes’.

These super swaps include an Apple iPhone SE subbed for a bag of apples, a Samsung Galaxy S21 for a Galaxy chocolate bar or a Nokia 3.4 for gnocchi.

Customers only have a chance of winning if they opt for Click & Collect – meaning they have to visit a store to pick up their purchases made online. 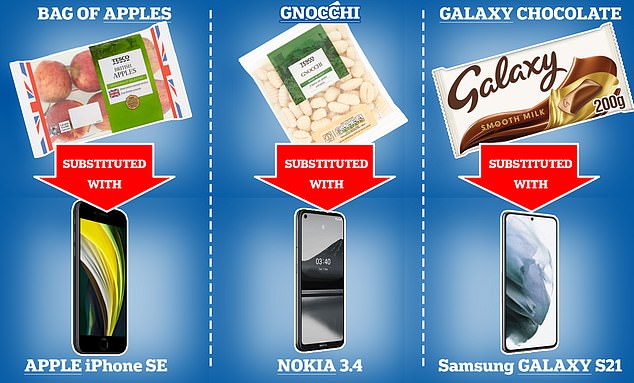 Tesco.com Click & Collect can win an iPhone SE if they purchase a bag of apples, a Nokia 3.4 if they buy a packet of gnocchi and a Samsung Galaxy S21 if they buy Galaxy chocolate, as well as other prizes

The super subs up for grabs are:

‘Tesco Mobile’s ‘Super Subs’ has been created to show how amazing things can happen when the worlds of supermarket and mobile come together – all while putting a smile on shopper’s faces.’

Tesco’s terms and conditions shows there are six stores taking part – in Twickenham, Manchester, Birmingham Portsmouth, Glasgow and Swansea – meaning any potential winners will have to collect from one of these stores.

Customers will have to complete a Click & Collect order from a participating store during the 12-day promotion period, which ends at 4pm on April 18.

All eligible orders will be placed into a draw and chosen at random, Tesco says.

There are 80 items set to be given away in total, of which 18 are Samsung Galaxy S21 handsets – more than any other item that’s being given away.

Some of the other ‘super subs’ include a Samsung Galaxy Tab 7 for Tesco Washing up Tablets, an Apple iPhone 12 Mini for Mini Cheddars and a Motorola E7 for Freshly baked rolls.

iPhone 12 Mini is one of the models that make up Apple’s latest flagship smartphone range, revealed last October.

The other Apple handset on offer – the iPhone SE – usually retails at £419.

Apple released the phone in April 2020, aimed at consumers who are on more of a budget. Despite being several hundred pounds, Apple pointed out that iPhone SE is the most affordable iPhone yet.

It’s an update on the first-generation iPhone SE, which was released back in 2016.

Meanwhile, those who order frozen cod have a chance to win Apple’s second-gen AirPods, which were unveiled two years ago and start at £159. 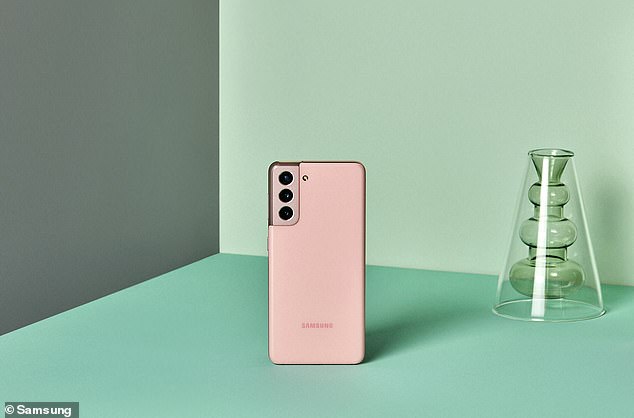 Pictured, the Galaxy S21, which has a 6.2-inch screen, revealed in January by Korean tech firm Samsung 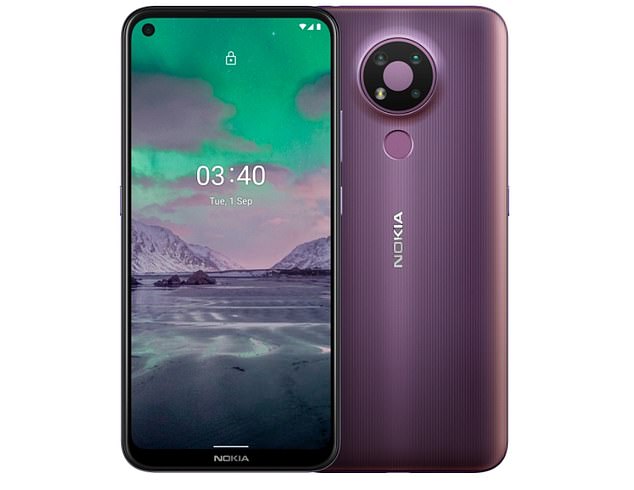 Nokia 3.4 (pictured) is ‘built for streaming’, according to its maker, and usually retails for £129. Tesco has four of the handsets available for people who order gnocchi

For Android fans, there are just four Nokia 3.4 handsets being given away for Tesco customers who add gnocchi to their online basket.

Nokia 3.4, released last year, is a £129 device from the company that’s perhaps best known for its ultra-resilient feature phones from the noughties, including the Nokia 3310.

Nokia 3.4 is ‘built for streaming’ and features a small ‘hole punch’ style front-facing camera built into the display.

In order to benefit from a ‘super substitution’, customers must collect a Click & Collect order from one of the below stores