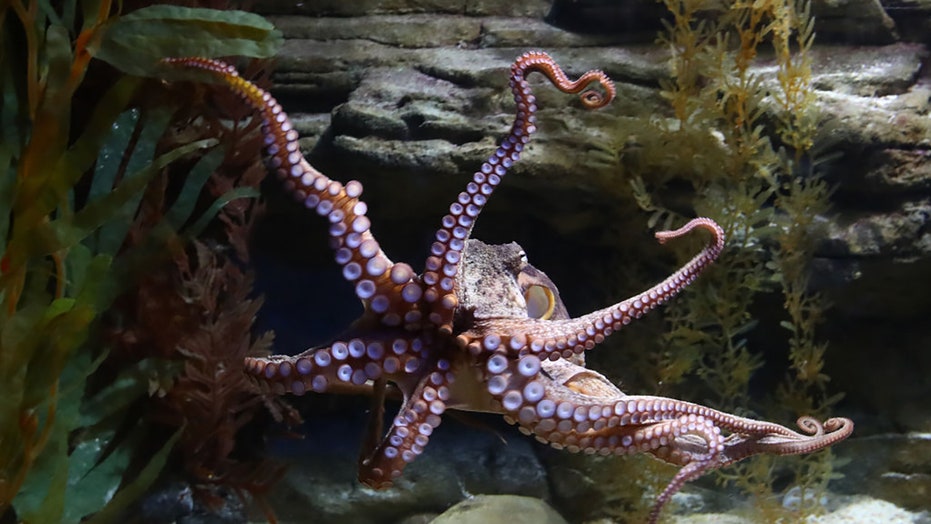 An octopus lashed out at a man as he was swimming at a beach in Western Australia, according to reports this week.

Lance Karlson posted a video of the encounter on social media last month, which occurred in the shallow waters of Geographe Bay. The octopus appears still in the video before lunging at Karlson and his 2-year-old daughter. Karlson returned to the water and the octopus located him and struck him again.

“My goggles were too fogged to see what had happened and I swam back to shore in pain,” Karlson said, according to 9News.com.au. “The imprints of the tentacles quickly formed raised marks across my skin.”

Since he did not have vinegar, Karlson, an author and former lifeguard, said he instructed his wife to pour Coke over the affected area, reports said.

“There was some stinging, but after being a life saver for some years– I’ve been stung by bluebottles and it was not anything like that,” he told 9News.com.au. “It was more the pain from the physical strike of the octopus.”

On Instagram, he described the creature as: “The angriest octopus in Geographe Bay!”

Despite his injuries, Karlson said he is worried that people will now view the creatures in a different light.

“This was clearly the octopus’s domain,” he added, according to Reuters.