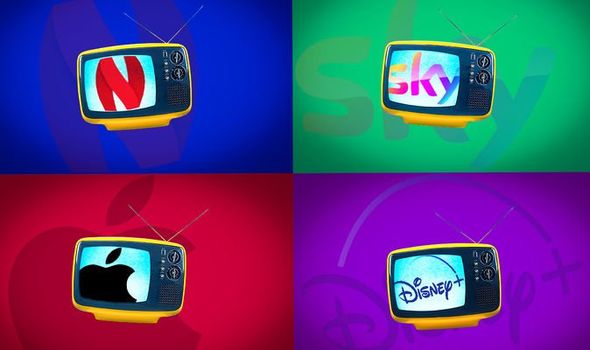 As millions of us stay home to stop the spread of the coronavirus, streaming video has enjoyed a surge in popularity. According to figures published by Ofcom, people spent twice as much time watching subscription streaming services each day in 2020 compared to the previous year. That figure jumps even higher among 16- to 34-year-olds.

Not only that, but some 12 million people decided to plump for a new video on-demand service during the first two lockdowns – with around three million of those using one of these services for the first time. Even as restrictions begin to ease over the coming months, Ofcom research shows that 55 percent of viewers intend to keep spending the same amount of time streaming each day as they did during lockdown.

In other words, services like Netflix, Disney+, Amazon Prime Video, NOW TV, BBC iPlayer, BritBox, All4, Shudder and Apple TV+ are here for the long-haul. Of course, there are only so many direct debits you want leaving your bank account each month, which is why streaming services like Netflix, Apple TV+ and Disney+ have all promised a plethora of hugely-impressive shows in the coming months.

Netflix is now rolling out an original film each week, Disney+ is rapidly expanding its portfolio of original shows based within the Star Wars and Marvel universes following the success of The Mandalorian and WandaVision, and Apple is bringing back award-winning shows Ted Lasso and The Morning Show as well as acquiring Sundance Film Festival Favourites, like Boys State and the forthcoming CODA. 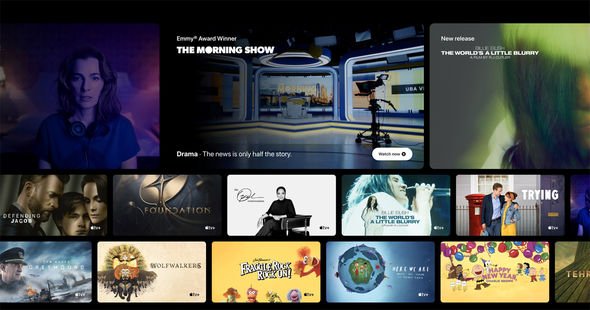 Increasing the amount of content available (Disney+ doubled the number of shows and films in one fell swoop with the launch of its new Star sub-brand earlier this month) comes at a cost. Alongside promises of more original films, more seasons of the most-streamed shows, and more boxsets… there has been a trend of price increases. Disney+ has increased its price from £5.99 to £7.99 a month, Netflix is bumping its “standard” plan from £8.99 to £9.99 while its 4K-enable premium tier will rise from £11.99 to £13.99, and the TV license is increasing for all UK households. For those with a Sky Q dish outside their home, the satellite broadcaster has announced a range of price rises for its telly bundles. All4 has also introduced a £3.99 a month option that removes adverts from Channel 4 shows, while ITV Hub offers offline downloads and ad-free streaming for the same price.

In a nutshell – bingeing boxsets on the sofa is getting more popular… and a lot more expensive.

However, there is one streaming service that is bucking that trend. Apple’s TV+ video on-demand service, which offers access to films, documentaries and original series that you can’t find anywhere else, has announced another extension to its free streaming offer to iPhone, iPad and Mac owners.

The Californian firm started to dish out free subscriptions to its Netflix rival to anyone who bought a new Apple product following the launch of the iPhone 11 and 11 Pro in September 2019. Originally scheduled to last one year, Apple announced in October 2020 that it would extend all free subscription until February 2021. And last month, Apple decided to extend its free offer again.

So, if you bought a new iPad, Mac, Apple TV or iPhone back in September 2019, you’ll be able to stream Apple TV+ films and shows from its launch in November 2019 until June 2021. Given that Apple wants to charge £4.99 a month for the service at that point, that’s a pretty generous freebie. To subscribe for the same period, Apple fans would’ve had to pay £94.81.

Of course, the offer doesn’t just apply to those who bought a new Apple product back in 2019, anyone who opened a new iPhone or iPad on Christmas morning will be able to enjoy a few months of free streaming before they have to subscribe. As millions of people around the world continue to stay at home to stop the spread of the coronavirus, a free subscription to dozens of new TV boxsets and films is a nice little bonus of upgrading your smartphone.

Apple’s streaming ambitions had a pretty rocky start. Despite a number of big names attached to its projects, the first batch of shows launched to some pretty mediocre reviews.

But in the months since, Apple has acquired a number of hugely well-received films, including Boys State, which won the Grand Jury Prize for Best Documentary at the 2020 Sundance Film Festival, and most recently, Palmer. Billie Eilish’s feverishly-anticipated documentary The World’s A Little Blurry is the latest blockbuster launch for TV+, with CODA and Cherry starring Tom Holland coming soon.

New series of Ted Lasso and The Morning Show are also coming this summer, while Prince Harry has worked with Oprah on a documentary about mental health that will exclusively air within the Apple TV app, which is available on Apple TV 4K, Chromecast with Google TV, Amazon’s Fire TV, all Roku set-top boxes, Apple’s own iPads, iPhones and Mac, as well as Sony and Samsung Smart TVs.

Those who are eligible for the latest extension to free Apple TV+ offer don’t need to do anything to accept the offer or add it to their account. Instead, you’ll just be able to continue streaming for free. With a number of new shows on the horizon, Apple might be hoping that viewers will get a taste for its original programming before June 2021, pushing them to continue subscribing beyond the free trial period.

Apple TV+ is also now available in an Apple One bundle, which combines music streaming, workout service Apple Fitness+ and iCloud storage for back-ups into a single monthly subscription fee to Apple.