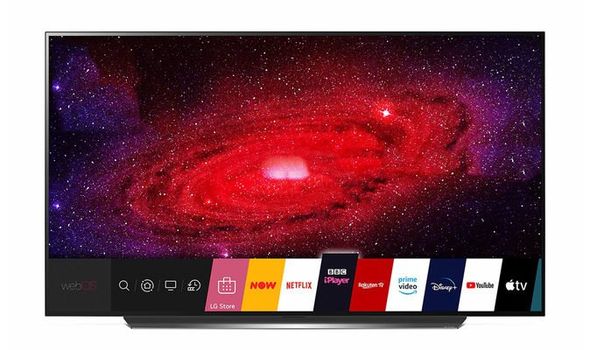 LG has confirmed plans to open-up its webOS Smart TV operating system to rival brands. Until now, the software has been exclusive to sets from LG. The unexpected announcement only comes a few weeks after LG revealed a dramatically-redesigned version of webOS during its virtual CES 2021 presentation, with new show suggestions based on your viewing history, a new layout for apps, and more.

The operating system under the bonnet is one of the main differentiators when choosing a new telly. Aside from the obvious choices – whether you want an LED-backlit, QLED, or OLED panel, the number of HDMI ports you need to connect everything in your cabinet, and the overall design – the software can really make or break your experience.

For example, Samsung’s Tizen-based television software was one of the first to support Apple TV when it launched, allowing iPhone and iPad owners to access their iTunes rentals and exclusive TV+ shows and movies on launch day. Meanwhile, those with an Android TV-powered set were left unable to stream from the Apple TV app until months later.

Samsung also offers free advert-supported shows, something that Roku, which also offers its telly software to manufacturers, provides courtesy of The Roku Channel too. Android TV, one of the other main competitors, includes Google’s clever Google Assistant that lets you control smart lightbulbs, a Nest thermostat, and connected speakers, as well as asking for the latest headlines, weather reports and more. That’s something that Roku TV can’t match, but you will find on Amazon’s Fire TV. 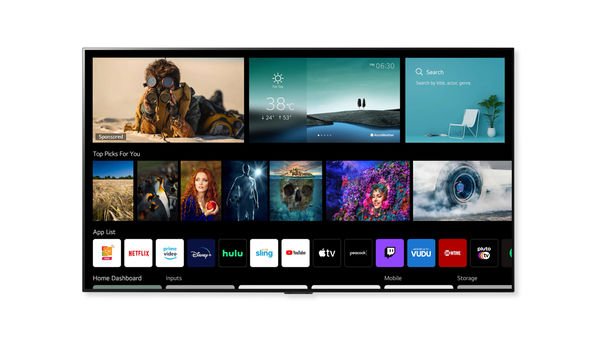 So, what does webOS offer?

According to LG, “Licensees of webOS TV receive the familiar and highly acclaimed UX design along with a rich pool of features such as voice search and control, integrated AI algorithms, and easy connectivity that have earned webOS positive industry and consumer accolades. With LG webOS TV, partners also get a diversity of content options including access to global streaming service apps such as Netflix, YouTube, Amazon Prime Video and sports streaming service DAZN as well as LG Channels, the company’s free premium content streaming service. Compatible TV models also include the dedicated Magic Motion remote controller.”

LG’s webOS will now go head-to-head with other cross-platform telly software, like Android TV, Roku, and Amazon Fire TV. What is in it for LG? Well, the more eyeballs on LG’s webOS, the more advertising revenue it will gain from ad-sponsored slots in the software. The advertising-supported LG Channels will also earn more revenue if owners of a number of TV brands – not just those with an LG-designed set – can tune-in.

Interestingly, LG will only license the previous version of webOS, version 5.0, to begin with. Meanwhile, the dramatic redesign previewed at CES 2021 will only be available on LG-design sets for now.

WebOS 6.0 swaps the svelte menu found in previous iterations of webOS (and the licensed versions set to be used by different brands) which only ever occupies the lower-third of the screen and features diagonal cards to represent installed streaming services, HDMI inputs, commonly-accessed settings, and instead takes over your entire screen. Like rival telly software, including Amazon’s Fire TV and Apple’s tvOS, LG is opting for card-like tiles with gorgeous artwork from TV shows and movies.

These cards are broken up with other shortcuts, including app icons for video on-demand services, HDMI, and connected smart home appliances that can be controlled from webOS. In a press image of the new software, LG shows an air purifier, which can be turned on and off from within the TV menu.

Samsung share a universal guide for their Smart TVs

There’s a dedicated subheading for Live TV, which is designed to make jumping to linear channels much faster than before. Sport Alerts will also keep you in the loop about ongoing matches without the need to jump between channels to keep abreast of the scores.

These Sport Alerts are presented in a card-like view that looks very similar to what you’ll find on the Google Nest Hub. There’s also a Weather card that offers a glanceable view of the high and low temperatures for the day, as well as the current temperature, and weather conditions outside.

It’s clear that LG is hoping to transform webOS, which is currently just a quick way to jump into Netflix or HDMI 2, into a more advanced smart home hub. AI-picked suggestions based on your viewing history are commonplace in streaming set-top boxes, like the Fire TV Stick and Chromecast with Google TV, so it’s nice to see this handy feature making the jump to the software already installed on your Smart TV straight out of the box.