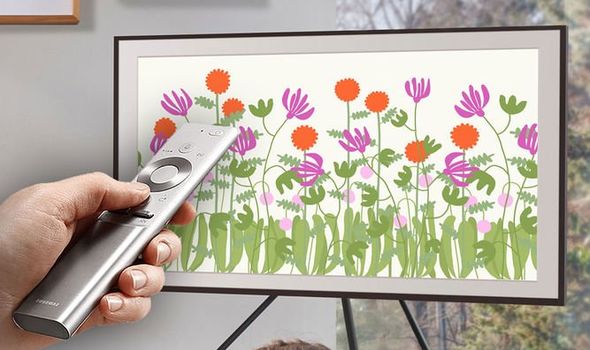 Samsung revealed a bunch of new tellies last month at this year’s virtual CES technology show. These latest and greatest TVs, which go on sale in the coming weeks, feature improved NEO QLED screens that produce an image that’s more precise, richer colours and with much darker blacks. There’s also better sound which adapts to the room where the TV is placed and a new remote control ditches the AAA batteries and recharges itself via solar energy.

With a striking bezel-free design and plenty of smart features tucked inside, these 4K and 8K televisions are ones to watch out for. However, before you rush to hit the buy button there’s even more to come from Samsung over the next few weeks.

The Korean technology firm has just announced that it’s holding a major ‘Unbox & Discover’ launch event on March 2 where it appears some radical new goggleboxes could be unveiled to the world.

Samsung isn’t giving much away although the company has confirmed in a blog post that the event will “redefine the role of the TV” so it there could be some pretty big news announced.

Samsung TV: Sneak peek at some of the QLED 8K features

“Following an unprecedented year that saw consumer viewing habits change exponentially, Samsung Electronics is continuing its legacy of delivering groundbreaking products for each any every consumer through 2021,” Samsung said in a post on its website.

“On March 2, Samsung will share its vision for how the company’s latest innovative products are set to redefine the role of the TV through cutting-edge technologies, beautiful design and impactful partnerships.”

It’s currently unclear exactly what will be revealed during the online showcase but Samsung is no stranger to launching TVs with a difference.

The firm has a number of lifestyle screens aimed at blending in with your home including The Frame tellies which stick to your wall like a picture and the Serif which appears more like a work of art than telly.

Then there’s The Sero which can mimic your smartphone and be used in portrait or landscape modes with it able to automatically spin the screen through 90 degrees.

Express.co.uk will be keeping a close watch on Samsung’s launch event and will bring you all the news live from this latest showcase.