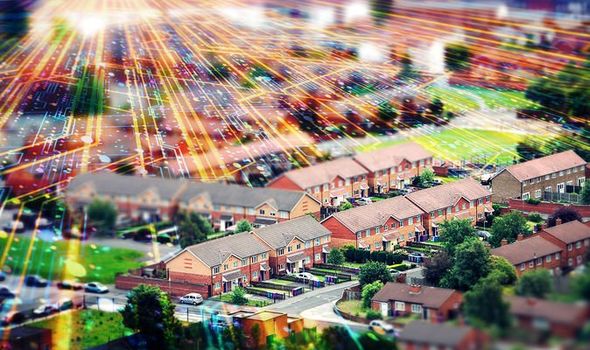 A new full-fibre broadband supplier is coming to thousands of homes in Manchester to challenge some of the biggest household brands, including the likes of BT Broadband, Sky and Virgin Media. Dubbed VISPA, the new brand has announced plans to deploy gigabit-capable connections to 10,000 homes in the next 18-months.

The existence of VISPA was first revealed at the end of last year, however, the company has only recently had its application approved by Ofcom. With the paperwork now sorted, the company can start its rollout. Unfortunately, there’s no confirmation of when the first connections will be up-and-running.

However, for homeowners in Manchester who aren’t impressed with the current crop of broadband firms, this is an existing development. Competition is almost always a good thing – pushing down prices and forcing companies to increase their internet speeds. With VISPA set to install gigabit-capable connections to 10,000 homes, that could push a number of people to ditch more-established rivals who haven’t bothered to increase speeds.

With millions of people working, studying and socialising from home over broadband connections due to the pandemic, connection speeds have become crucial more important to people than ever before. With an average home broadband speed of 64Mbps or so, the UK lags behind its neighbours in Europe. Gigabit-capable full-fibre broadband can deliver speeds of up to 1,000Mbps.

For context, Netflix suggests speeds of 25Mbps or more to stream in Ultra HD (4K) quality. If you’ve got multiple people trying to watch YouTube, Netflix boxsets, BBC iPlayer, making video calls over FaceTime, backing up their smartphone, or downloading an update for a PS4 or PS5 game… you could soon find yourself watching the interminable buffering animation as you wait for your show to load, or your video call to unfreeze.

VISPA Managing Director, James Ormerod told ISPreview: “We’d previously shied away from applying for Code powers, believing the process to be complex and cost-prohibitive. However, we soon learnt that we satisfied much of what Ofcom was looking for – not least because of our trusted heritage, our customer focus and our commitment to fair pricing. So, we joined forces with Trenches Law to get the ball rolling, leveraging the expertise of managing director Sharon McDermott – former head of legal at Virgin Media Business – to shape the application, mediate and support us during the public consultation process.”

The news comes as a UK Government report confirmed that upgrading the internet speeds available at your address could increase the value of your property by as much as £3,000.