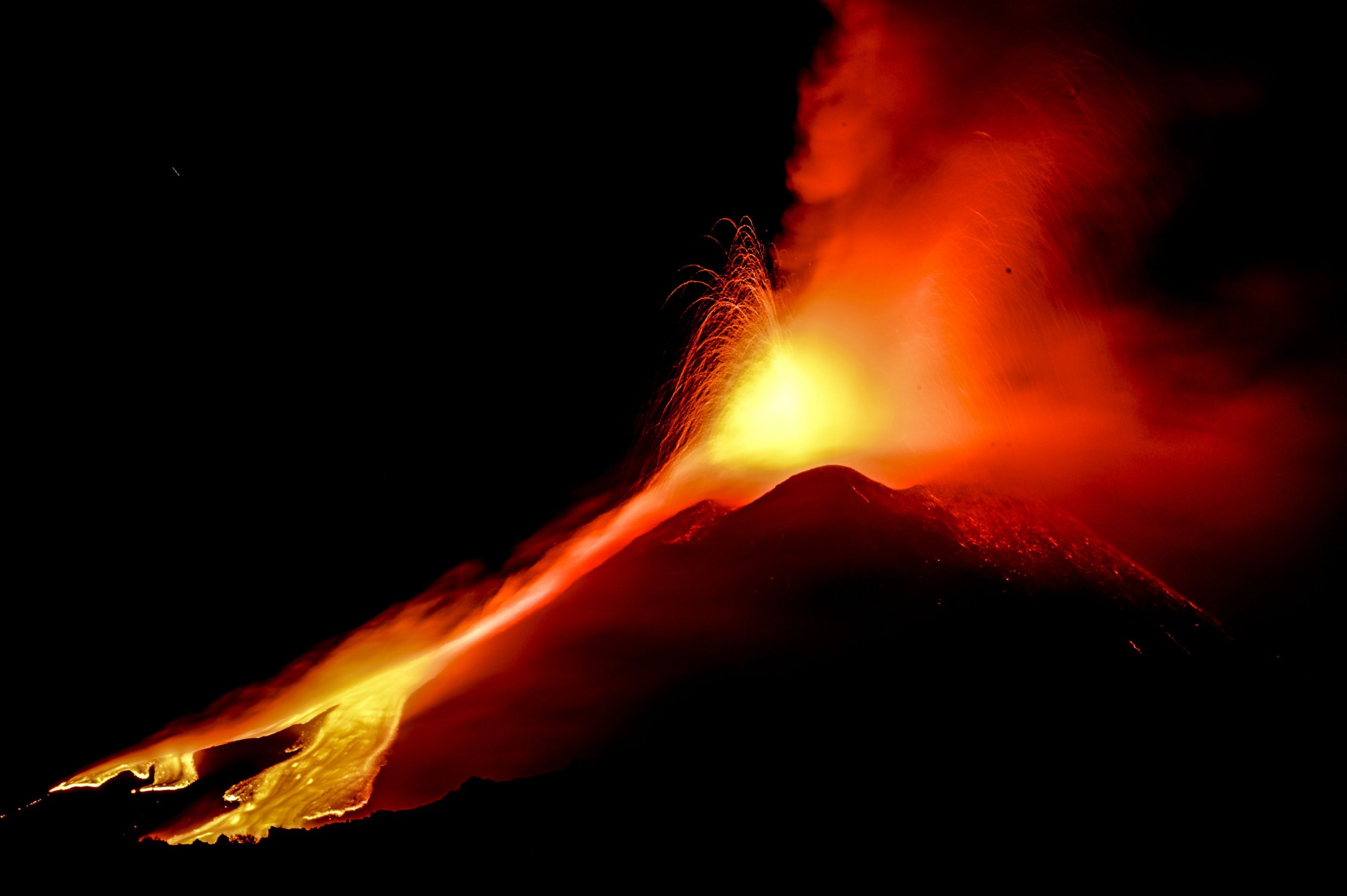 Mount Etna’s ongoing activity is providing incredible geological pictures as it shoots a lava fountain a kilometre into the air.

Moreover, the plume of ash that accompanied the lava stretched 10km into the air.

The eruption has been so massive, it’s even been seen from space.

Mount Etna’s latest eruption, which featured spectacular displays of gushing lava, forced the temporary closure of Sicily’s Catania Airport – a frequent occurrence when Etna is in an active phase.

The current activity has been occurring off and on since December and so is being closely monitored. Areas surrounding the crater were secured and there have been no reported injuries or deaths.

This latest eruption is the fourth in six days.

Nearby residents said this outburst has been carpeting the area in big chunks of volcanic stones as well as ash.

‘It was a rain of stones. Something I never saw in my entire life,’ Pedara resident Letizia Olivieri said.

Alfio Cristaudo, the mayor of nearby Pedara, said the village was in emergency mode from the extent of the eruption.

‘The entire territory of Pedara and all the streets are covered in volcanic ashes and lapillus,’ or volcanic stones, he said.

Etna is a popular tourist destination, and its eruptions, especially when seen at night, are spectacular to watch.