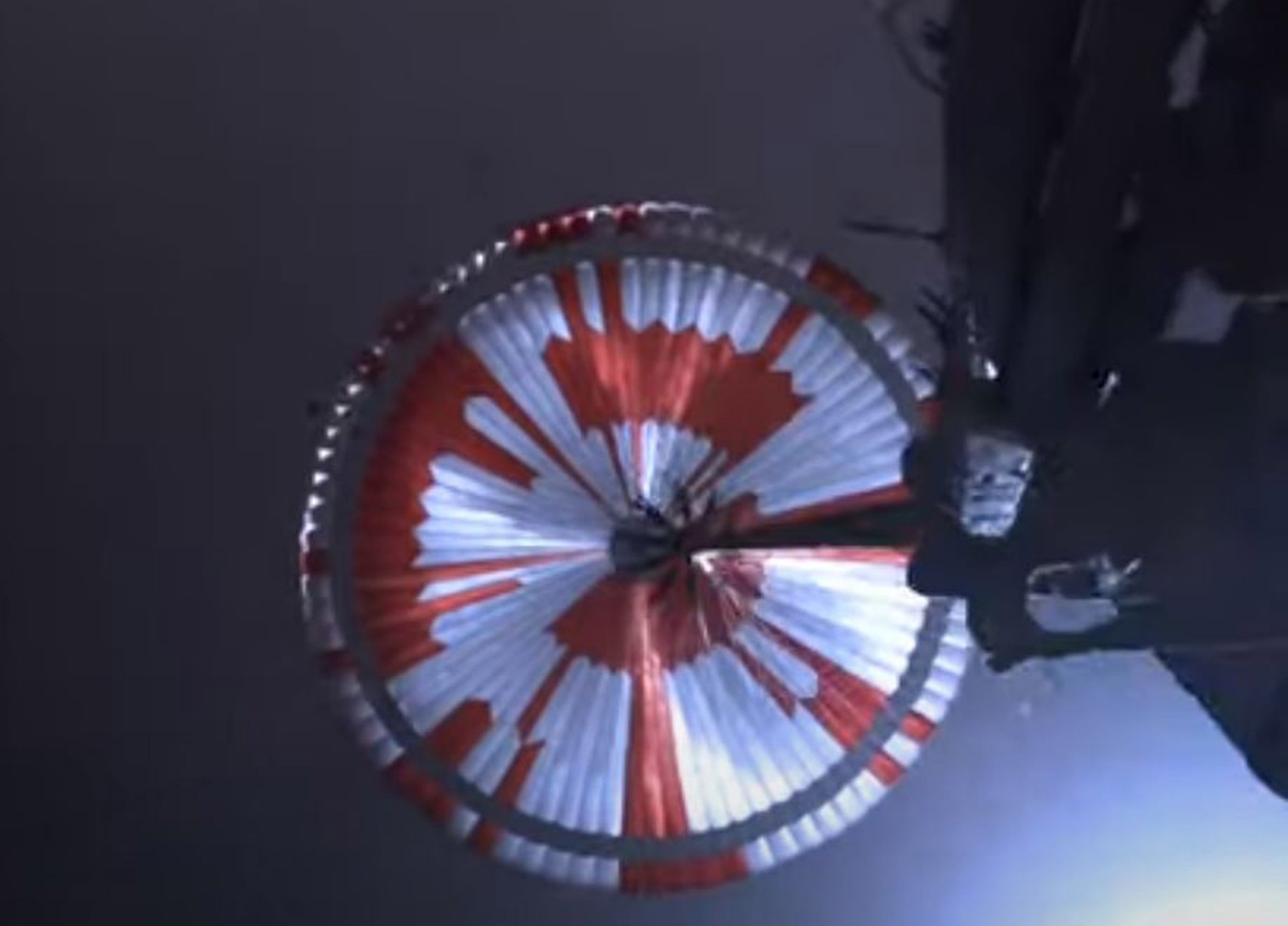 The world watched last week as Nasa successfully delivered the Perseverance rover – known as Percy – to the surface of Mars.

The entire event was streamed live and we later saw video footage of the successful landing, including a shot of the red and white parachute that slowed the descent to the dusty red surface.

Internet sleuths have figured out there’s more to that parachute that meets the eye. Hidden in the pattern is a coded message that reads ‘Dare Mighty Things’.

The phrase is a somewhat motto of Nasa’s Jet Propulsion Laboratory (JPL) and is taken from a speech by president Roosevelt in 1899.

The first person that appeared to find the message was IT student Abela Paf who decoded it with his dad. They figured out the chevrons around the ‘chute were arranged in concentric rings with the pattern representing letters as binary computer code.

What would these long awaited signs of life look like? ‘We should not be looking for fossil teeth or fossil bones or fossil leaves,’ Farley said.

Rather, it’s hunting for organic molecules and other signs of past microbial life, a discovery that would be “fabulous.”

The first months of the mission won’t however be devoted to this primary objective. Parallel experiments are also planned.

Nasa notably wants to fly, for the first time, a powered aircraft on another planet. The helicopter, dubbed Ingenuity, must be able to ascend in an atmosphere just one percent the density of Earth’s.

Another goal is to help pave the way for future human missions, by developing a system that can convert oxygen from Mars’ primarily carbon dioxide atmosphere, much like a plant.

The space agency is deploying an instrument called the Mars Oxygen In-Situ Resource Utilization Experiment (MOXIE), using a process called electrolysis to produce about 10 grams of oxygen an hour.