At the start of the pandemic, few countries were more ripe for a major coronavirus outbreak than India.

Not only is India the world’s second most populous country, it’s also one of the densest, with around 1,200 people per square mile. Cases there climbed steadily from April through September, reaching a peak of nearly 100,000 daily cases on September 16.

Then something unexpected happened: India’s daily cases plummeted from mid-September until February, with average weekly cases dropping by roughly a third each month. The nation is now reporting fewer than 11,300 daily cases, on average — around 8 per 1 million people, among the lowest per-capita rates in the world.

India’s health ministry has attributed this success to a few factors, including a robust testing and contact-tracing effort. But infectious-disease experts say the quick turnaround is puzzling.

India only began administering coronavirus vaccines in mid-January, so it’s probably too soon for vaccinations to affect transmission. Some public-health experts say India’s strict mask mandates may have helped lower cases, but masks have been required there since April, so that don’t fully explain why cases dwindled so dramatically in the fall.

“There are a lot of questions and lessons to be learned, and I think that we need to do a deeper dive into what they’ve done well,” Dr. Krutika Kuppalli, an assistant professor at the Medical University of South Carolina, told Insider.

Kuppalli’s previous research focused on barriers to medical care among women with HIV in southern India.

“I know from having worked and lived in India that they have a lot of challenges in terms of dealing with large populations that are in close quarters, infection control issues, hygiene issues, ventilation issues — all the things that we are concerned about in terms of how this disease spreads,” she said.

Kuppalli added that it’s worth studying whether India’s population may have unique genetic or demographic characteristics that make people less susceptible to symptomatic COVID-19 infection. It’s also possible, she added, that coronavirus cases are simply hard to record in rural areas.

Penalties for not wearing masks 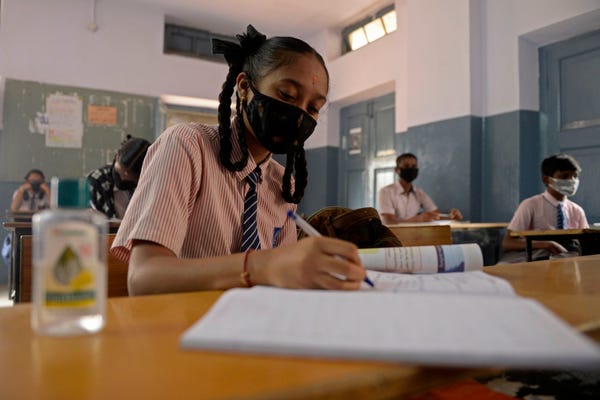 Widespread adherence to public-health measures may partly explain why India has gotten its outbreak under control. Several large cities and states there began requiring masks in public places in April, two months before the World Health Organization recommended face coverings for the general public.

Since then, the nation’s largest city, Mumbai, has levied fines against those who violate the rule. By October, Mumbai had collected a total of more than $70,000 in fines from more than 14,000 people who’d failed to wear masks in public. By early December, Delhi had also issued around 500,000 mask fines, The Wall Street Journal reported.

For the most part, Indians have been supportive of mask requirements: In an October survey from social media platform LocalCircles (which included more than 15,000 responses across roughly 200 districts in India), nearly 90% of respondents said they were in favor of a mask mandate. About 40% said they would support increased penalties for those who didn’t comply.

The US, by contrast, has struggled to convince large segments of the public that masks are an effective tool.

“The United States very much failed from a lack of national leadership, miscommunication, and a lack of community engagement. I think we can really boil it down to those three things,” Kuppalli said, adding, “we still have people who don’t believe the pandemic is real in this country.”

A focus on ‘test, trace, isolate’ 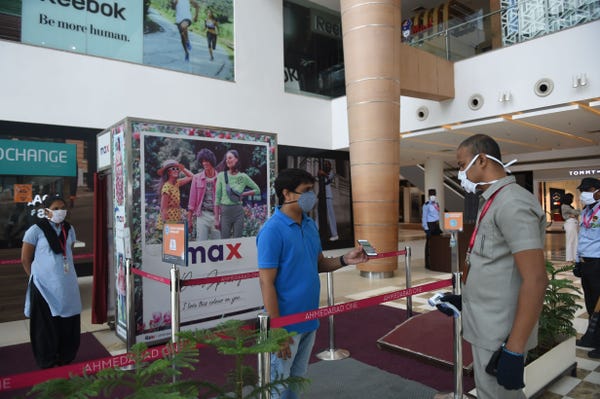 Though India’s testing got off to a slow start, it has ramped up considerably since the summer. By August, the nation had nearly 1,600 testing labs, up from just 14 in February 2020. India is administering nearly 486,000 daily tests. Only two other countries, the UK and the US, are testing more.

India’s large population also worked to its advantage when it came to enlisting contact tracers.

From March through April, tens of thousands of health workers traced the contacts of more than 435,000 infected people across two southern states, Andhra Pradesh and Tamil Nadu. The workers reached more than 3 million contacts, around 575,000 of whom had available COVID-19 test results.

These efforts were made easier by a longstanding disease surveillance network that began monitoring COVID-19 cases in late January 2020.

As of April, Indian residents could download the nation’s contact tracing app, Aarogya Setu, to find out if they had been been within 6 feet of an infected person. Indian residents are asked to download the app if isolating due to a positive COVID-19 test and report any symptoms to a local surveillance officer. 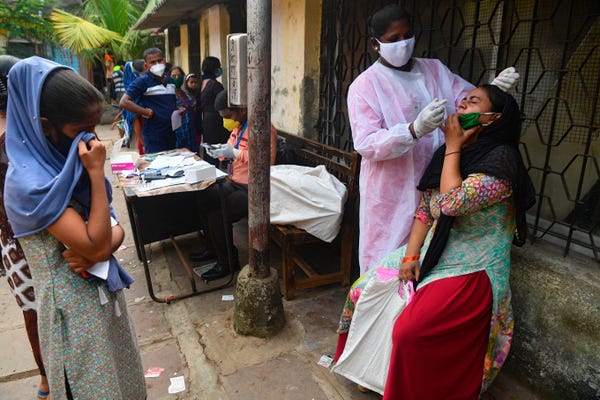 India is now recording fewer than one daily death per million people.

Kuppalli said India’s rapidly falling cases raises another important question: “Are there things about this particular population, this ethnicity, that puts them at decreased risk?”

An August study suggested that populations with a higher exposure to diverse types of bacteria — predominantly due to poor sanitation — might see fewer COVID-19 deaths per million, perhaps because of an acquired or innate immunity to new pathogens. This line of thinking isn’t new: A 2006 study found that developing countries may have a different “immunological experience” with tuberculosis than the US and Europe.

“Look at the average Indian: He or she has probably had malaria at some point in his life or typhoid or dengue,” Sayli Udas-Mankikar, an urban policy expert at the Observer Research Foundation in Mumbai, recently told NPR. “You end up with basic immunity toward grave diseases.”

The idea remains a theory for now, however.

Rural populations are harder to surveil 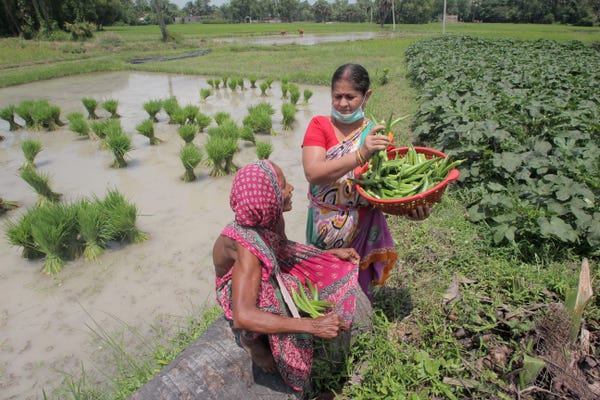 The coronavirus spreads best in dense, crowded environments. That means countries like the US, where more than 80% of residents live in urban areas, face an uphill battle to contain the virus’ spread.

India, on the other hand, is less urbanized: Around 65% of Indian residents live in rural areas.

Though the virus has undoubtedly reached India’s rural population, the nation’s cities have been particularly hard-hit. By May, nearly 80% of India’s total COVID-19 cases hailed from just 30 cities. A January survey found that 56% out 28,000 people sampled in Delhi tested positive for coronavirus antibodies.

But Kuppalli said health trends among India’s rural population are difficult to track.

For one thing, rural areas are larger and more spread out. Many Indians living in these communities also lack internet access, which prevents them from plugging into the nation’s surveillance network.

Kuppalli also noted that it’s difficult for patients who are sick in rural places to get to large urban hospitals because of transportation or financial issues. A 2018 report found that only one state-run hospital is available for every 90,000 people in India’s rural communities. That could mean that India simply isn’t recording as many rural cases.

That too, is just a possibility, though. For now, Kuppalli said, “it’s great that they’ve had this turnaround.”

“It’s an opportunity for us to study this population,” she added. “There are lots of things to think about and try to understand.”

This article was originally published on February 3. It has been updated to reflect the latest data on India’s coronavirus cases.

Get the latest coronavirus business & economic impact analysis from Business Insider Intelligence on how COVID-19 is affecting industries.