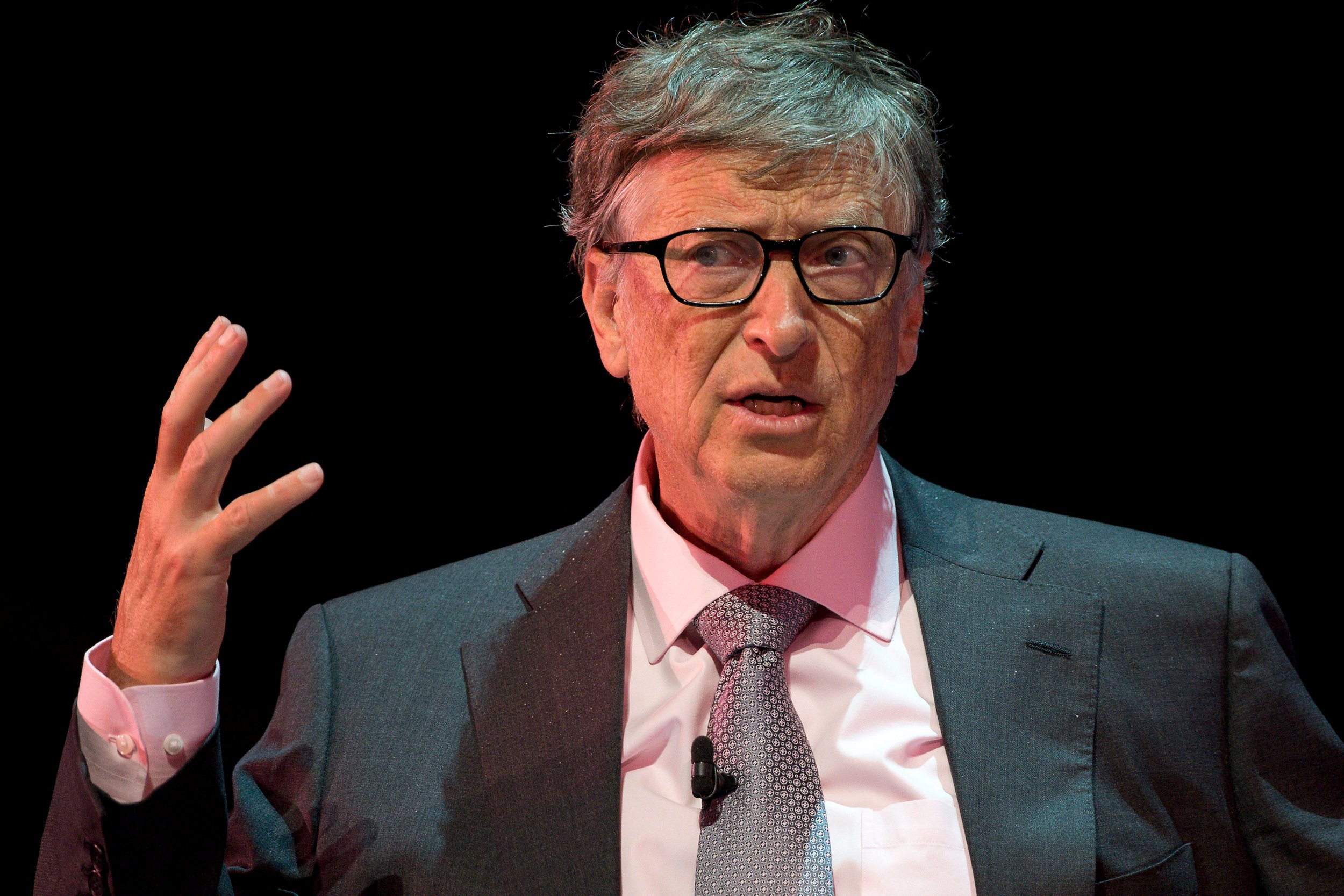 Bill Gates has written a new book about tackling climate change and, he says, defeating Covid-19 is ‘very, very easy’ by comparison.

The book, called How to Avoid a Climate Disaster, spells out exactly what humanity has to do over the next few decades to avoid calamity.

The danger of our continuing reliance on fossil fuels is well known at this point. But Gates says that new technologies must be developed so industries like steel and cement production can stop driving carbon into the atmosphere.

When it comes to the breadth of change needed to conserve the environment, the global scientific collaboration to stop the Covid-19 vaccine is a walk in the park, he said.

‘We’ve never made a transition like we’re talking about doing in the next 30 years,’ Gates told the BBC.

‘There is no precedent for this.’

To put some numbers on the table, the human race currently pumps out 51 billion tonnes of greenhouses gases into the atmosphere every single year.

This has to be reduced to absolute, net zero.

So if we want to continue to burn these fuels, we need to plant trees or come up with some other way to offset the damage.

Gates says that governments must take the lead on changing peoples’ lifestyles. Notably, his own: ‘I own big houses and fly in private planes – in fact, I took one to Paris for the climate conference, so who am I to lecture anyone on the environment?’ he says in the book.

In November, the UK is set to host the UN Climate Change Conference in Glasgow which will build on the Paris Climate Agreement from 2015 that most countries in the world have signed up to.

Meanwhile, the software-developer-turned-philanthropist has invested some $2 billion toward the development of clean technologies. But those investments are mostly in electricity generation and storage.

Manufacturing – especially in the cheap construction staples steel and cement – accounts for roughly a third of global greenhouse gas emissions. That makes manufacturing more polluting than the power or transportation sectors, which receive far more attention in policies and investments. And the manufacturing sector is set to grow, as the global population climbs and countries further develop.

Gates plans to push for more research and innovation in November: ‘The idea is to get innovation, including R&D, onto the agenda … not just looking at the easy stuff.’

We need ‘total coordination, and in fact some overlap is a very good thing to have,’ Gates told Reuters.

But he said there should be diversity in the solutions being sought so governments do not end up duplicating efforts.

Some manufacturing plants may be able to lower their emissions by plugging into an electricity grid run on renewable energy. But that will not solve all emissions from steel- and cement-making, both processes that release carbon dioxide as a byproduct.

In the United States, it hasn’t helped to have energy policy yo-yo between presidential administrations, he said.

‘This stop-start approach, that’s too risky for the private sector.’

On a personal note, Gates says in his book that, after years of dismissing activists’ calls to divest from fossil fuels, he sold his direct holdings in oil and gas companies in 2019. The Gates Foundation’s endowment did the same – but not because Gates became convinced that divestment would push companies toward clean energy.

Rather, ‘I don’t want to profit if their stock prices go up because we don’t develop zero-carbon alternatives,’ he writes. ‘I’d feel bad if I benefited from a delay in getting to zero.’