‘The beauty of nature’: Stunning light pillars illuminate the night sky over Nebraska due to a strange optical illusion

Meteorologist Bill Taylor captured a photograph of dozens of bizarre glowing columns while out walking in the city of North Platte on Monday, February 8.

The pillars are formed when light reflects off of thousands of tiny ice crystals at different heights in the atmosphere — creating an elongated, virtual light source.

Light pillars have also been spotted in other locations in the northern US this week — such as in the north of Michigan — and may continue to appear into the weekend. 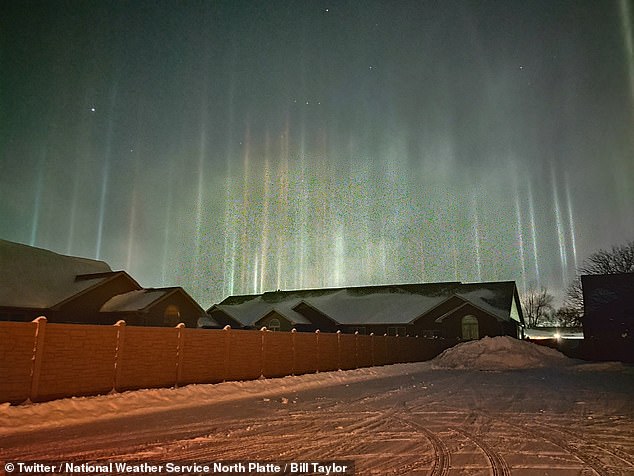 ‘It was almost like I was looking at the northern lights because they were bouncing, moving and changing in appearance,’ Mr Taylor, who works for the US National Weather Service, told CNN.

Light pillars are formed when light rays — whether from a street lamp, the sun or the moon — are reflected off of horizontally aligned ice crystals suspended in or falling slowly through the air, which together act like a series of tiny mirrors in the sky.

While the light is actually coming from ground level (in the case, say, of street lights), or higher in the sky (for light from the sun or moon), it appears to observers to come from various points in the sky above/below the real source, forming the ‘light pillar’.

The pillars do not physically exist — they are an optical illusion and a type of halo — and form from the same way that virtual images objects seen reflected in mirrors appear to exist behind the plane of the mirror.

‘The higher the crystals in the atmosphere, the taller the pillar,’ a spokesperson for the National Weather Service in La Crosse, Wisconsin told CNN.

Specific conditions are required for the formation of light pillars — it must be below freezing, and the air must be virtually wind-free.

Without this, the tiny hexagonal ice crystals would be disturbed, but in very calm conditions, they naturally orient themselves horizontally as they fall through the air.

It is the presence of the horizontal crystals across various altitudes that causes the reflection of the light source to become elongated into a column.

Light pillars are most often seen in colder climates in the autumn and winter, when temperatures are low enough for ice to form in the atmosphere — which is typically when ground-level temperatures fall beneath 10°F (-12°C).

‘The temperature dropped to -20°F [-29°C] the night these photos were taken in North Platte, which was the coldest we’ve experienced since March 2019,’ meteorologist Darren Snively of the National Weather Service told CNN.

With artic air pushing further over North America this week, it is likely that more people in the US will have the opportunity to see light pillars for themselves.

In particular, meteorologists are predicting highs of less than 0°F in Minnesota, Montana and North Dakota in the remainder of this week.

‘Latest model guidance continues to show that an arctic air mass will dominate the northern and central portions of the country into this weekend,’ a spokesperson for the National Weather Service’s Weather Prediction Center told CNN.

The weather conditions are being driven, they explained, by ‘the influence of a slow-moving polar vortex centred over the Canadian prairies.’ 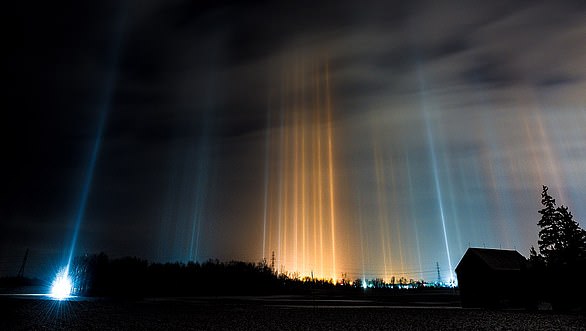 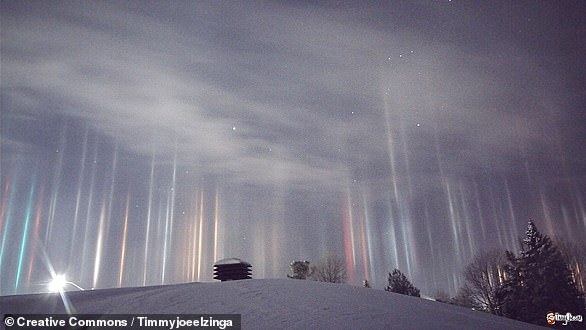 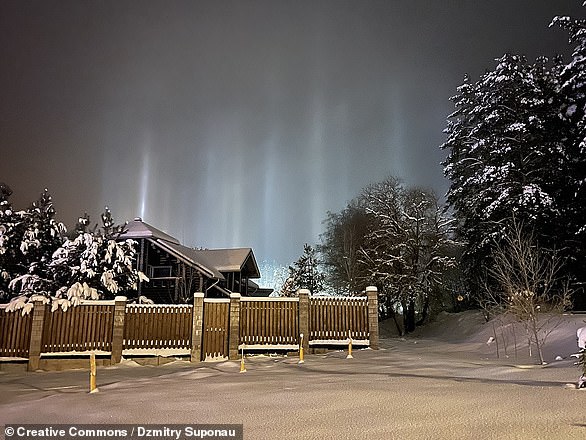 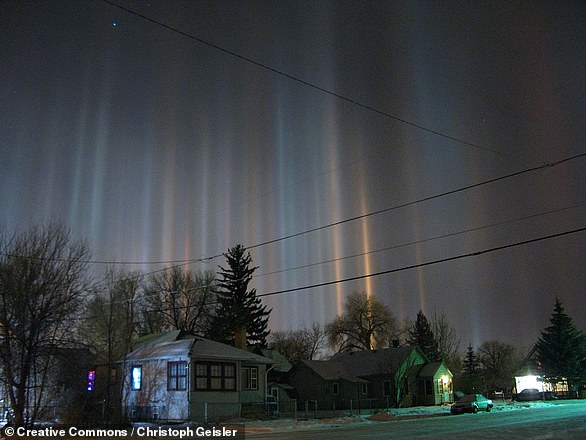