Cyber-safety experts have sounded the alarm over vulnerabilities in popular gaming platform Roblox that could leave children exposed to sexually suggestive content.

Leonie Smith, who teaches about online safety as the Cyber Safety Lady, last week posted on her Facebook page about a party room in Meep City, one of the most popular games on the platform. She shared screenshots of lewd signs in the room created by users of the game.

Ms Smith said Roblox was a lovely platform for creativity and interactivity and was now more popular than Minecraft for children in primary school but it had a lot of work to do to make it a safe environment.

“I love gaming and this isn’t about me being a wet blanket,” she said. “I just want parents to know what the risks are. Sometimes I go in there and experience nothing, other times it’s rampant. It has to be suitable and safe if you’re going to say you allow kids under the age of 13, which they do.” 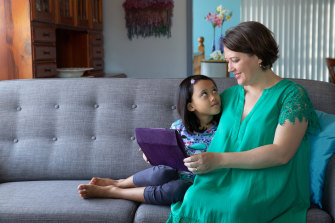 On another occasion, she played a game rated for under-13s with an audio loop that sounded like two people having sex with “moaning and groaning and humping and pumping”. The chat was full of confused children saying they thought it might be a recording of someone being hurt, while other children who recognised the sounds said it was “disgusting”. 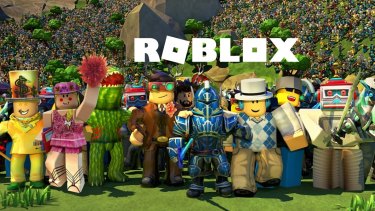 Roblox has become the most popular game for primary school kids.

Roblox, which is due to list on the New York Stock Exchange via a direct listing early this year, has 31 million daily active users and nearly 7 million active developers building for the platform.

A Roblox spokesperson said safety was a top priority and parents should be confident the company is taking “every step possible and continually evolving the safety measures”.

“We have a stringent safety system – one of the most rigorous of any platform, going well beyond regulatory requirements,” the spokesperson said.

“We constantly monitor the behaviour of our player community through human moderation and artificial intelligence and take swift action as appropriate. We also constantly update our chat filters.” 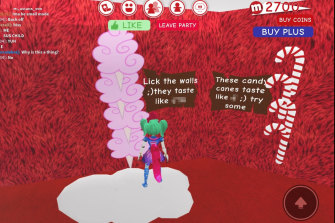 Warnings have been issued for dangerous content on Roblox.

Parental controls allow parents to stipulate whether the player is under or over the age of 13, turn off chat completely and block other users.

But Ms Smith said the open environment, which is multiplayer by default and allows user-generated content, meant it could never be completely safe. She called for Roblox to follow Minecraft’s lead by offering single-player mode and making it easy to set up a private server.

“These games keep popping up and when they pop up, they get reported, then another one pops up,” she said.

eSafety Commissioner Julie Inman Grant said she had contacted Roblox about this incident and the company had made changes as a result. However, she would not tell them to follow Minecraft’s lead.

“It’s not my place to tell them how to design their game but they should be assessing all the risk up front, that’s what safety by design is all about,” Ms Inman Grant said. “It is incumbent upon the online platforms to treat this like an arms race.”

Ashfield mother Jessica Dunn said she plans to delete Roblox from her seven-year-old daughter Alira’s iPad. She had not realised Roblox was multiplayer and had user-generated content because her husband had downloaded the app and set up the account after Alira had heard about it from friends at school.

Ms Dunn considers herself aware of the risks of social media and online platforms so she “got a bit of a shock” when she heard about the inappropriate content in Roblox.

“Not everyone is aware as I am but I feel like I was a bit lax,” Ms Dunn said. “She’s not going to be happy but I’m just going to explain that it’s not suitable until you’re 13 or something.”

Read more on the eSafety Commissioner’s advice on talking to children about online material.

Our Morning Edition newsletter is a curated guide to the most important and interesting stories, analysis and insights. Sign up to The Sydney Morning Herald’s newsletter here, The Age’s here, Brisbane Times’ here, and WAtoday’s here.