On December 21, 2020, Jupiter and Saturn delighted stargazers by coming together in the night’s sky for the Great Conjunction. The pair were so close together from Earth’s perspective that they formed what appeared to be one bright object in the sky.

Astronomers stated it was the closest the two had been together in their relative orbits for 400 years.

Jupiter and Saturn were just 0.1 degrees apart in the sky, as their orbit aligned almost perfectly with Earth’s.

As our planet continued its much quicker orbit around the Sun, which takes one year for Earth but 12 years and 29 years for Jupiter and Saturn respectively, the pair were parted and are not be seen together again for 20 years with the naked eye.

However, NASA satellite images taking photographs of the Sun spotted the gas giants still hovering together. 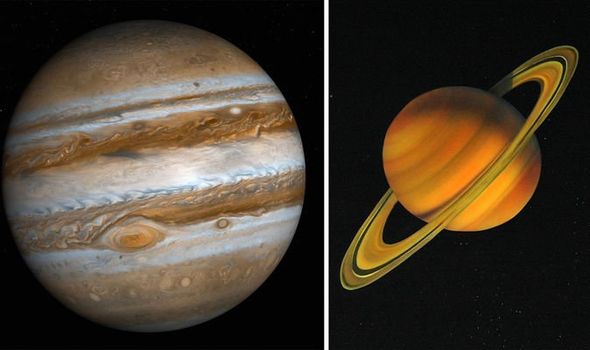 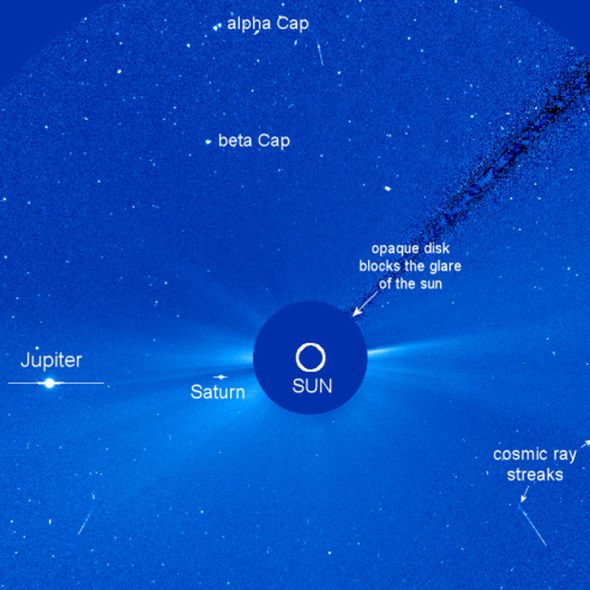 NASA’s Solar and Heliospheric Observatory (SOHO) was performing a coronograph of the Sun when it saw the planets.

A coronograph is used to take images of the Sun by creating an artificial eclipse using an opaque disc in front of a satellite’s camera.

This allows scientists to study flares from the Sun without images being obscured by the Sun’s glaze.

However, as NASA was taking routine snaps of our host stars, it spotted two lingering planets to the left of it. 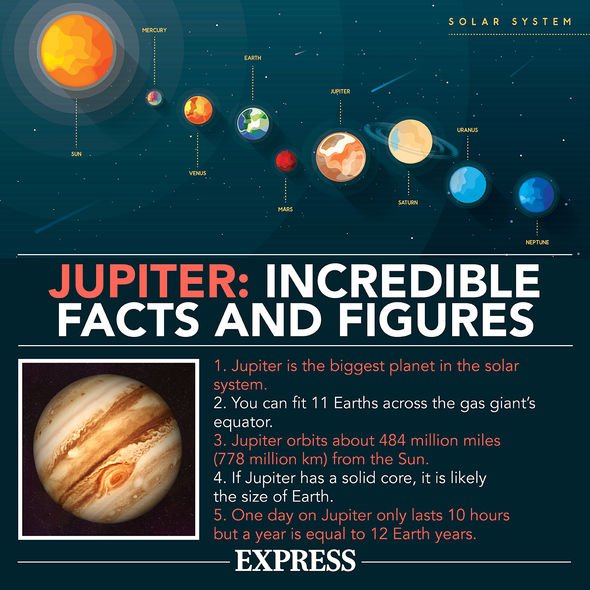 The image from SOHO shows Saturn near the Sun, from Earth’s perspective, on the left, while Jupiter is much farther out.

“The two gas giants are still close together but don’t look for them now. It will hurt your eyes.

“Jupiter and Saturn are converging on the sun, overhead in the blue sky at noon. Human eyes cannot see them, but SOHO can.”

Unfortunately, as the planets are so close to the Sun, they can only be seen using specialised equipment such as SOHO. 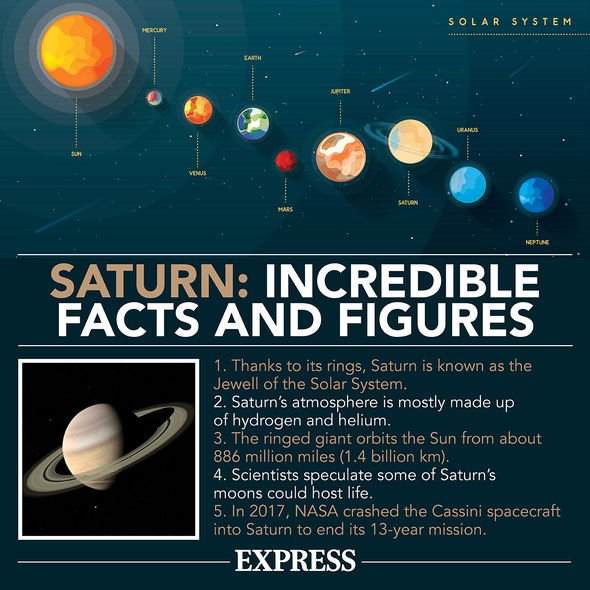 Saturn will be just 0.5 degrees from the Sun, from Earth’s perspective, on January 24, while Jupiter will seem that close just two days later.

Mercury, the planet closest to the Sun, is visible with the naked eye from tonight.

To spot the planet, simply look due west 45 minutes after sunset.

The star-like entity hovering just above the horizon is Mercury and can be seen with the naked eye.

You will need to be quick to spot it though as the planet will only linger in the sky for about an hour before Earth’s rotation obscures the view.