SpaceX is intent on pushing the envelope with its Starship programme, having already set the gold standard for reusable rockets with its signature Falcon 9. The Falcon 9 boasts a reusable first-stage booster that can carry more than 22 tons of cargo into orbit, return to Earth and safely touch down. But that is evidently not enough for SpaceX chief Elon Musk, 49, who wants his next big project, Starship, to be an entirely reusable class of launch vehicle.

Once complete, Starship will serve SpaceX and other contractors on missions to the Moon, Mars and possibly beyond.

Starship will launch atop of the Super Heavy booster, a powerful first stage rocket measuring 230ft in height.

Super Heavy will provide the first kick that will propel Starship into orbit, before turning around and returning to land, much like the Falcon 9.

According to SpaceX’s original plans, the booster rocket would return to the launch site and land on its six legs. 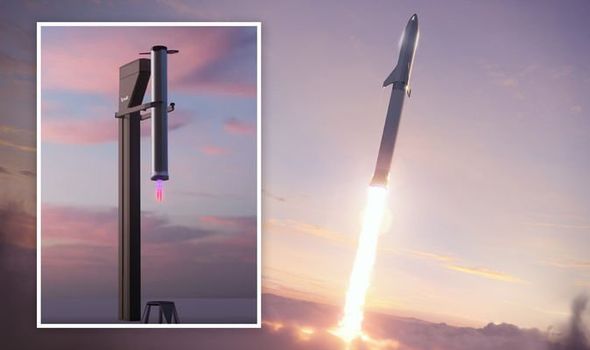 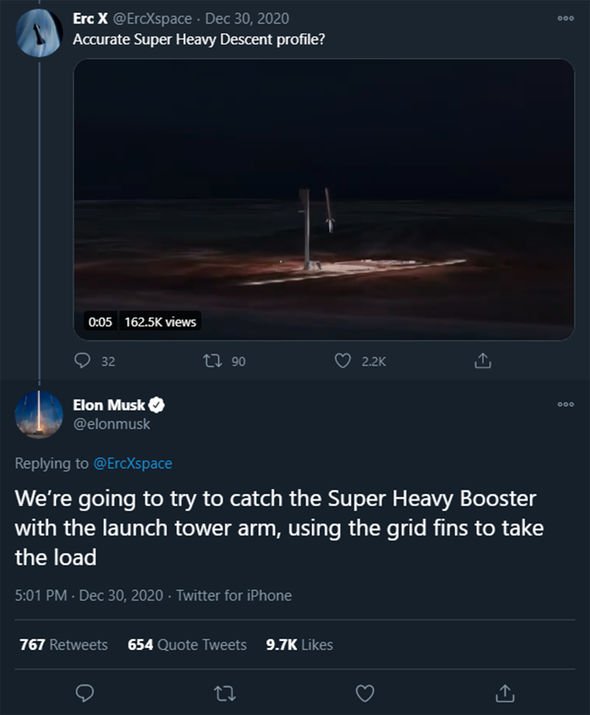 But the plans took an unexpected turn when Mr Musk suggested the Super Heavy could instead be intercepted before touching the ground.

In a brief Twitter exchange with a fan who created a 3D render of the Super Heavy’s descent profile and landing, Mr Musk said SpaceX will attempt to catch the rocket with its launch tower arm.

He tweeted: “We’re going to catch the Super Heavy Booster with the launch tower arm, using the grid fins to take the load.”

In another tweet, the tech mogul explained this would be a more cost-effective measure as it would save on mass and the cost of installing legs on the Starship booster.

Mr Musk thinks catching the Super Heavy with the launch tower will put it in a prime position to be refuelled and ready to launch again within an hour of landing.

How will SpaceX catch the Super Heavy booster?

The 11-second clip shows the booster rocket descending towards the launch tower with its engines burning.

Two arms can be seen clamping around the rocket from the sides, which then lower the Super Heavy onto a raised platform.

According to Mr Musk, the rocket will be suspended in this position by its grid fins which it will use to guide its descent.

Although impressive on paper, some SpaceX fans are worried the stunt is too complicated even for Mr Musk to pull off. 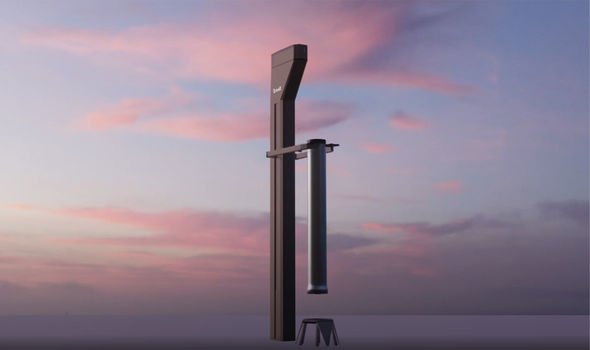 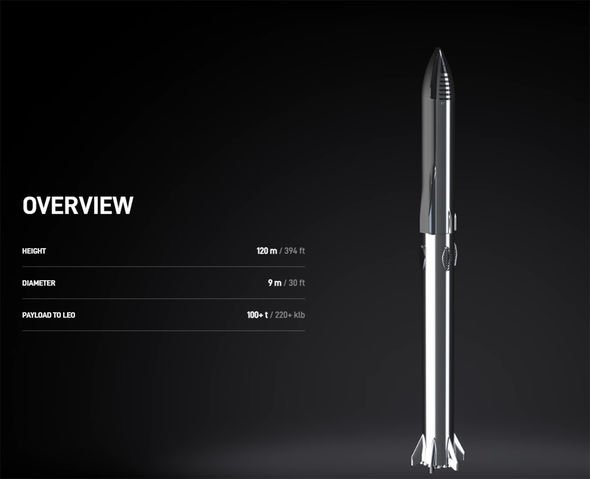 One person said: “Still wondering how are they gonna find out if the fins and the mechanism itself will be able to take the load.”

Another person commented on the video, saying: “No way it’s gonna work.”

A Twitter user also said: “I’m not big fan of small error margins. Maybe catching with tower is a bit too early?

“But what about mobile and modular landing platform? Similar to droneships, but wheeled one.

“That would solve the fast transportation back to the launchpad.”

Once complete, the Starship and Super Heavy combo will stand more than 390ft tall.

Starship will have the capacity to carry some 100 tons of cargo into orbit.

Mr Musk has envisioned building an entire fleet of Starships to launch the first human colonists to Mars.

A modified version of the Starship has also been selected by NASA to service the space agency’s Artemis lunar programme.

SpaceX was awarded a £98.7million ($135million) contract to transform Starship into a lunar lander.