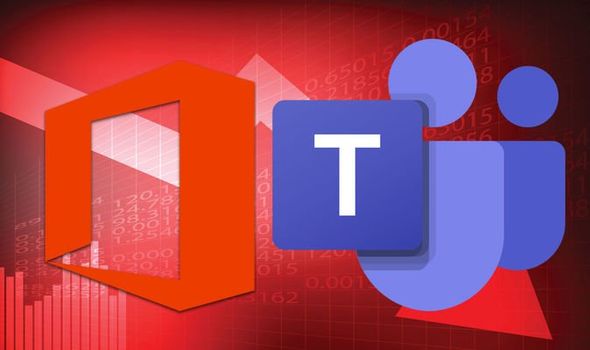 Office 365 services such as Microsoft Teams, OneDrive and SharePoint have all reportedly been hit with issues today.

Independent outage monitor Down Detector has recorded a spike in Office 365, Microsoft Teams, OneDrive and SharePoint down reports.

The heaviest hit services are Microsoft Teams and SharePoint, which so far have both registered a peak of over 700 down reports.

Out of those affected, some 70 percent of Microsoft Teams users said they were experiencing server connection problems.

While 93 percent of SharePoint users have also been hit by server problems.

As the reported issues hit users took to social networking site Twitter to tweet about the problems they were facing.

One tweeted: “Anybody having issues on Microsoft Teams just right now? #teamsdown”.

While one posted: “sharepoint is down yay !! now i can’t access any of my work”.

The official Microsoft 365 Status Twitter has confirmed that they’re investigating reported issues with a range of its services.

The @MSFT365Status Twitter wrote: “We’re investigating potential issues with SharePoint Online/OneDrive for Business and Microsoft Teams. Additional information can be found in the admin center under SP234036 and TM234038.”

However, the official Office 365 Status website still says there is “currently no known issues” – but this may not have been updated yet.