Grin and bear it: Scientists claim smiling or grimacing can make an injection feel less painful ahead of rollout of COVID vaccine

Smiling or grimacing while being given an injection can make the unpleasant experience feel less painful, a study has concluded.

It is thought that the act of smiling is something that we associate with positive emotions, or perhaps the muscles involve mediate pain via the trigeminal nerve.

Researchers from the University of California, Irvine, put this to the test by exploring how different types of smile impacted the experience of getting a vaccination.

They found that grimacing or pulling a genuine smile — one that reaches the eyes — can reduce the pain of the needle by around 39–40 per cent.

Some 16 billion injections are given annually — and with a tenth of the population being afraid of needles, the team call the benefits of the findings ‘far-reaching’.

The results may come in handy soon, with the rollout of the first COVID-19 vaccine in the UK expected to begin among the most vulnerable next week. 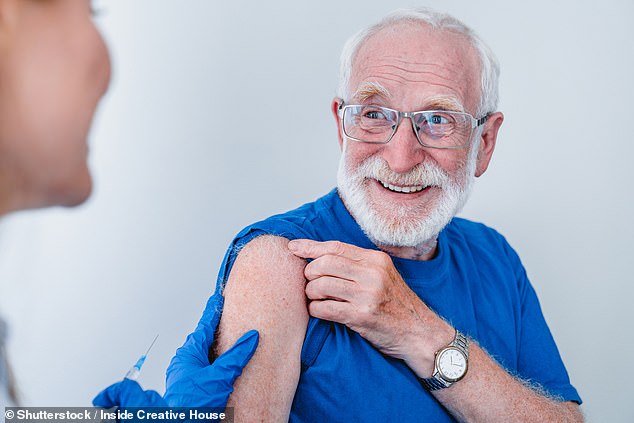 Smiling or grimacing while being given an injection, as pictured above, can make the unpleasant experience feel less painful, a study has concluded

‘To our knowledge, this is the first experimental test showing that this natural response to pain is helpful in improving the subjective pain experience,’ the researchers wrote of their findings of the benefit of grimacing.

‘Whether we grimace during pain because it is similar to smiling or whether we smile during stress because it is like a grimace warrants further investigation and replication,’ they continued.

In their study, the team recruited 231 students, each of whom was given the misapprehension that they were taking part in an investigation of multitasking.

Each participant was asked to hold chopsticks between their teeth — in one of four positions, imitating an expression they were shown in a photograph — while they were given a saline solution injection to the arm to simulate a ‘flu jab.

The expressions chosen included a neutral one, a regular smile involving the cheek muscles, a genuine or so-called ‘Duchenne’ smiles in which the muscles around the eyes also play a role and finally a grimace, which uses muscles in the forehead.

During the injections, the researchers recorded each participant’s heart rate and skin conductance levels, which are used as markers of stress levels.

In addition, each volunteer reported to the researchers how much pain they anticipated and ultimately felt — as well as their emotional state during the tests. 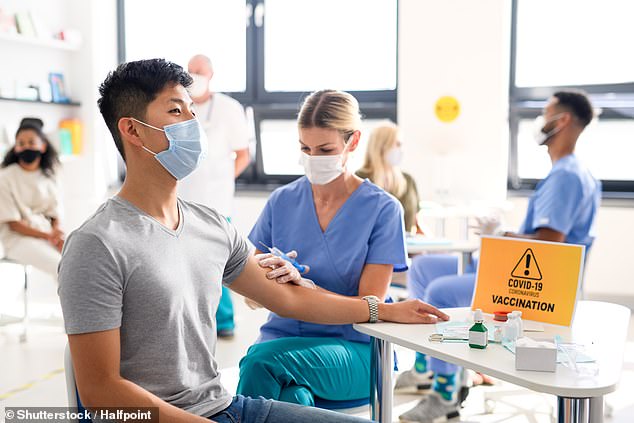 Some 16 billion injections are given annually — and with a tenth of the population being afraid of needles, the team call the benefits of the findings ‘far-reaching’

The researchers found that those who put on a Duchenne smile or a grimace reported anticipating and experiencing less pain before, during and after the injection when compared to those who had assumed a neutral expression.

A similar, if smaller, benefit was observed among those who pulled regular smiles.

In particular, the the team explained, the Duchenne group reported 40 per cent less pain when the needle was inserted into them — and the grimacers 39 per cent less.

This is a significant reduction, the team said — equivalent to the pain being ‘very much improved.

Furthermore, the team noted that the participants who pulled a Duchenne smile had the lowest heart rates in the study, which the grimacing group reported the lowest levels of stress felt.

The full findings of the study were published in the journal Emotion.